HOPE
On the Revolts in Bosnia-Herzegovina

The perspective of yet one more nationalist clash at the gates of Europe, in Ukraine, doesn’t seem to displease the world’s masters and those who write for them. 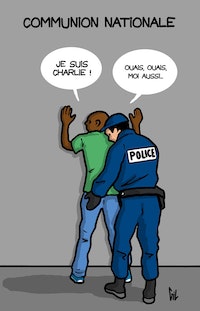 Letter From Paris
Terrorism and the Socialist Police State

After years of wars and barbaric acts, Guantánamos, daily bombardments, societies destroyed, millions of displaced people and refugees, hundreds of thousands dead, thousands tortured, unhinged minds seeking comfort and vengeance in the irrational and in religious fanaticism—after all this, how and why could we escape the barbarism which the powers of the so-called civilized world have engendered and fed?

THINKING ABOUT COMMUNISM:
Fundamental Principles of Communist Production and Distribution: A New Look at an Old Text *

After the strikes and demonstrations of 1921 in Germany, the revolutionary movement that had begun in 1919 ebbed, gradually depriving revolutionaries of space for collective action. Isolated, they were reduced to reflection and propaganda. After 1924, it was clear to these people that the social-democratic and bolshevik approach, to nationalize the means of production, led to a state-run form of capitalism. 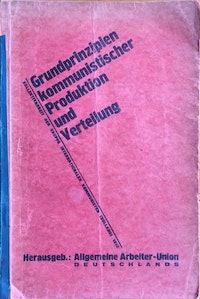 In April 2019, Laure Batier presented Vivre ma Vie at the Montreal feminist bookstore L’Euguélionne. A few days later she talked with the Rail about the significance of this project. 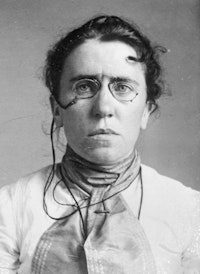 “Conspiracism” and “populism” are now seen as threats to the foundation of the representative system, taken, naturally, as the impassable horizon of contemporary politics. This is exactly why it seems important to consider the reemergence of these forms of thought within the structural framework of the capitalist political system, in relation to a deeper problem, that of the crisis of the system of political representation.

Notes on a bad photo of a sick society, or, What does democracy looks like?

With Emmanuel Macron’s presidential victory, the second episode of the electoral process France has been going through is over. The third episode, the parliamentary elections, will take place on June 11 and 18.

The Class Struggle in France

by Charles Reeve and Jean-Luc Sahagian, translated by Janet Koenig

The movement turns both towards the past, when animated by despair, fear about social security and the desire to withdraw into oneself, and toward the future, when motivated by a profound critique of income inequality and class. 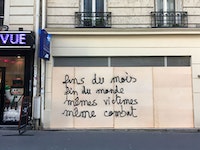 The Plague and the Wrath

This is a mass strike without “masses,'' and worse, without any collective, subversive force. It is probably fair to say that we are living through the first rumblings of a general collapse of this society organized around destructive production for profit. 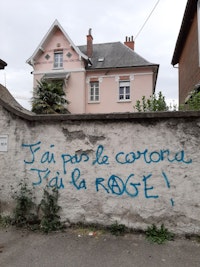 After a year, 1967, marked by strong labor conflicts in big factories all over France, the month of May 1968 opened with intense student unrest in Paris and provincial universities: demonstrations, occupations of university buildings, and confrontations with the police. 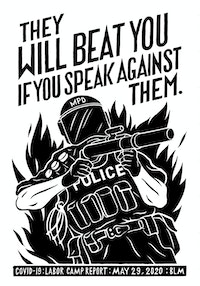 The American Crisis: A Trans-Atlantic View

Ultimately, the disquiet of the European ruling classes clarifies what they understand to be the essence of that “soul,” whose contours seem at first sight to be rather vague: democratic consensus. For the implosion of this consensus opens up on conflicts and clashes escaping consensual resolution and makes even the pursuit of the reproduction of a modern capitalist society seem difficult.

War, Nationalism, and the Collective

It can happen that the way things go in this big impossible world can be grasped more easily in miniature: for example, in a little country, a little society where the flaws of capitalism are clearly exposed.

After Being Up All Night, We Wake up with a Political Strike1

Living in a moment is always pleasanter than writing about it— it’s always risky to draw conclusions about situations still evolving or to speculate about what they will become. For over three months, Nuit debout (“Up All Night”) has been a new kind of spontaneous social movement along the lines of Occupy and Spain’s M15 movement. 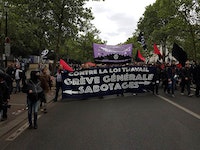 Worth the Pilgrimage: Eugenio Granell

By Charles Reeve, translated from the French by Janet Koenig

In Praza do Toural, a square in the beautiful old city of Santiago de Compostela, Galicia, Spain, you will find Pazo de Bendaña, a baroque building that since 1995 has housed the Granell Museum.

May ’68 was the beginning of something: LAURE BATTIER and CATHERINE MAYEN
with Charles Reeve

The story of May ’68 is usually a story told about students, above all, about their political and intellectual leaders in Paris. But sometimes we remember that ten million workers went on strike across France.