Cameron Rowland's exhibition, D37, is bookended by two slowly searing works that rewrite how we look at art and public policy. Using artwork budgets and legal research, Rowland reveals the city of Los Angeles's role in the violent displacement of the poor and people of color.

The 57 artists in the galleries and 18 represented in performance and film don’t crowd their work with pointed critiques of racism, sexism, misogyny, and colonialism, but instead invite viewers into their respective worlds and identities. 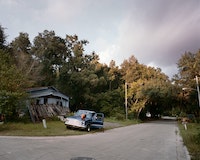 The Lure of the Dark: Contemporary Painters Conjure the Night

Depending on who you ask, when the sun goes down, it's time to head home or hit the streets. The nighttime is for resting up for tomorrow, seeing a loved one, working late or dancing until daybreak. It's also for delinquents to slink around casing a joint, and for bigots to hide as they carry out hate crimes.

The Menil Collection Reinstallation: Selections from the Permanent Collection

Founders John and Dominique de Menil built the collection on a belief that art could be something both sacred and modern, linking viewers to cultures across time by means of an inherent, shared poetry of form. So when the Menil announced a six month renovation in February to completely reconfigure and reinstall the galleries, displaying works that have never been exhibited, I was excited.

Frazier elaborates on the wrenching decisions people were forced to make with 67 gelatin silver photographs, accompanied by interviews and mounted on a bright red paneled truss that stamps up and down like an assembly line. The narrative progression isn’t strict, but the distance from which you view it is: there’s no more than three feet between each panel, and weaving between the photos feels relentless, like going door to door to families jam-packed in “purgatory,” waiting without pay to be transferred, as local United Automobile Workers (UAW) union President David Green put it.

Vincent Fecteau’s sculptures feel intimate but conflicted. Elegant in form but grimy in finish, his painted papier-mâché sculptures and photographic collage creations are painstakingly handmade—obvious in their materiality yet cagey in their references. 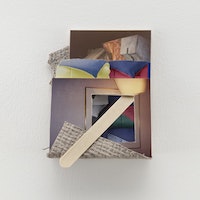 Plenum leaves one wavering between marvel and doubt. Raffel’s beautiful craft is undeniable: the MDF works are made with just a table saw and glue, and the steel pipes are shaped with custom-made jigs. The show also leaves one with questions about Raffel’s precise fabrication decisions and why he cracked the window and left the lights off.

Like noticing nice light or composition on a walk through your neighborhood, the initial impression of Anna Horvath’s sculpture is at once serendipitous and matter-of-fact.

Off to the side of a video in David Hartt’s site-specific The Histories (Le Mancenillier) for Frank Lloyd Wright’s Beth Sholom Synagogue outside of Philadelphia, papaya leaves nod in the breeze and burn white with sunlight, catching the curving shadows of nearby foliage.