Live performances around the city in January

The Revitalization of Caspar Brötzmann

On the introductory track of The Tribe, Eduardo Delgado-Lopez on bass and Jon Beuth on drums establish a stable rhythmic structure into which Brötzmann explodes with a bouncy and pseudo-riffy guitar part that soon segues into more sinister ambient intonations. Toward the end of the track, Brötzmann unleashes a chaotic melody that could easily have served as the mold for Kurt Cobain’s solo on “In Bloom.”

The sound of Antibalas (Spanish for “bulletproof”) is thunderous. When this 15-piece horn-heavy ensemble is on stage, the effect is orchestral. Interlocking rhythms create a form of internal combustion, a self-generating energy source. 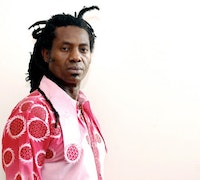 Discwoman: The Return of Techno

Discwoman is a women’s union for representation in an industry where, before now, men dominated and where women have been marginalized—as they say, they are Technofeminists. In the broadest sense, their mission is, as their shirts say, to “AMPLIFY EACH OTHER.” 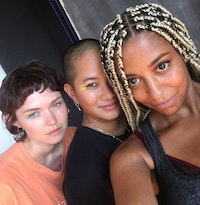 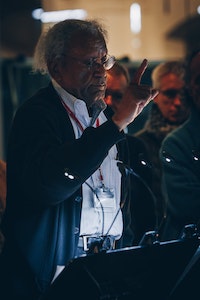 Where Did Our Lust Go?

Bob Dylan In The Bardo

Hard to sum up the Dylan show last week, but in short it was great, for all the reasons big music shows are usually not. It was layer upon layer of weirdness, a sense of dramatics somewhere between kabuki and Artaud's Theater of Cruelty. It was definitely a performance, but it was also terribly real.

On November 18th, a cold and rainy Monday night, Miami-based band Las Nubes performed a compelling show at Trans-Pecos in Queens. Self-identified as “Lo-fi fuzz-worshipping pelotudas en Miami that just wanna shred,” Las Nubes produces raucous yet dreamy punk with the effect of a tonic. Fronted by Ale Campos on guitar and vocals, and joined by Emile Milgrim on drums, Gabriel Duque on guitar, and Cuci Amador on bass, the band was a welcome antidote to the otherwise dreary evening.