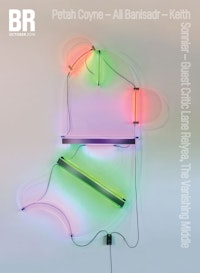 What Do Images Do

Filmed in more than a dozen countries, Jodie Mack’s maximalist sixty-minute opus The Grand Bizarre (The Pleasure of the Textile) comprises tens of thousands of individually shot frames of psychedelic textiles, maps, alphabets, shipping containers, and electronics. As in her meticulously hand-animated short films, each frame becomes part of a vast and wildly frenetic whole, which, in this film, forms a global symphony of strange codes and hidden patterns. Set to a similarly manic ersatz global pop bricolage on the soundtrack, Mack’s film is both hyper-specific and breathlessly sweeping in scope. We video-conferenced after the film’s world premiere at the 2018 Locarno Film Festival to talk about weaving, kimchi tacos, “tramp stamps,” and alternate knowledge systems.

Surveillance as the Shooting Script of Documentary

In Watching the Detectives, Canadian filmmaker and programmer Chris Kennedy recounts the aftermath of the 2013 Boston Marathon bombing as it played out on public forum websites such as reddit and 4chan. At just thirty-six minutes in length, the silent 16mm film is a carefully assembled narrative of the pedestrian online attempts to collectively determine who was responsible, while news outlets were simultaneously updating the information they received from the FBI and continuously revising their theories regarding the identity of the culprit. Combining archival footage of the Marathon, and the bombing, with anonymously posted comments and photographs from the Internet, Kennedy’s film is a haunting rumination on digital anonymity in a world of public surveillance, online socializing, and above all, the assumed authority of asserting one’s suspicions and beliefs. 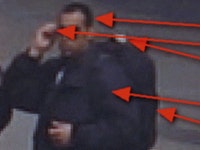 If the beginning of Caroline Golum’s debut feature recalls one of cinema’s great late films, Alain Resnais’s You Ain’t Seen Nothing Yet, the rest of the movie eschews Resnais’s more contemplative nature for antics and affect, a mood that more closely resembles a kind of PG Russ Meyer or even David Cronenberg. Appropriately entitled A Feast of Man, her movie revolves around a group of WASP-y folks that have gathered together following the death of their mutual and wealthy friend. The catch being that said friend has left each of them a rather large amount of money, if, and only if, they agree to consume his corpse. 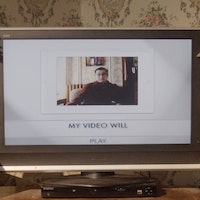