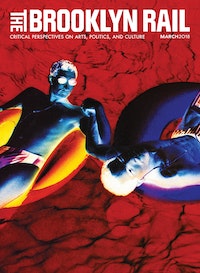 Yesterday, after a neighbor heard about my wretched situation, she took me to a witch she said would rid me of my husband if I paid a certain amount of money. The diviner also required me to procure handfuls of dirt from seven abandoned graves.

Finding her offer credible, I sold a gold ring and went to the cemetery today. Entering it fearfully, I murmured “Bismillah al-Rahman al-Rahim” with trembling lips. Had I not been suffering a living death every day, I would never have ventured into this place, which terrifies me even during daylight hours.

I was frightened. Indeed, I almost shriveled up inside my skin from terror. I wondered how I would find the courage to scoop up some dirt.

But the continual blows I receive every day from him prompted me to follow that woman’s instructions. She said she would free me from him as soon as I brought her dirt from seven abandoned graves.

“Right—I’ll make him come beg you for a divorce, thus liberating you from bondage to him. The dirt from those graves will provide you a miraculous release from him. Fetch it and rest assured. After this, he’ll leave you never to return. Three years of living hell are enough—aren’t they? Find the courage to enter the cemetery. It’s noon now; walk straight in there before people notice you.”

She asked, “Why not? Who else can? Since you’re an orphan, who will lift a finger to liberate you, if you won’t yourself? Cast cowardice aside. Be brave!”

To encourage myself, I said under my breath: “Enter and reach down to touch these abandoned graves. Take a handful of dirt from each one, and then get out of here. Come on, didn’t she caution you against any delay? Let’s go—hurry.”

I approached the graves one by one, scooped a handful of dirt from the top of each, and placed it in the black plastic sack I brought for this purpose. I counted them: “One, two, three, four, five, six. . . .”

“What are you doing?”

The man who shouted at me carried a small wooden box from which he sold silver rings, prayer beads, and small bottles of perfume. He approached me very quickly as I tried to stuff the plastic sack in my bag and compose myself.

“Nothing. These are my family’s graves, and I have come to visit them today.” I began to smooth the dirt of a grave with my hand. Looking down, I asked in a barely audible voice: “Where can I find someone who sells incense and rose water?”

The man pointed toward the entrance of the cemetery. I quickly ran to a vendor seated at the entrance and bought a bottle of rose water, some sticks of incense, and a small box of matches before returning.

I sprinkled the rose water on the graves, planted the sticks of incense in the dirt, lit them, and sat beside a grave—watched by that man, who didn’t leave me till he heard someone call him.

Composing myself, I touched toward the seventh grave. I quickly scooped up a handful of dirt which I immediately dropped in the sack. Closing the sack, I placed it in my bag. I departed almost at a gallop while trying to shake off the dirt clinging to my abaya.

I hailed a taxi quickly as it passed the entrance to the cemetery. I stopped it and climbed inside, after a brief exchange in which I informed the driver where I wanted to go and how much I was willing to pay.

The taxi soon reached the diviner’s house. I climbed out quickly and knocked on the door. A young girl opened it.

I rushed into the house, where I washed my face at the tap located in the entry hall. Then the frowning witch appeared and shouted at me, “Why did you bring it inside? Why didn’t you leave it by the door?”

“You didn’t tell me to!” I shot back frantically as I tried to brush water off my abaya.

“Give it to me and go in that room,” she said angrily.

She took the sack of dirt from me, and I entered the room to which she directed me. I was left there to stare at the fearsome objects hung on the wall.

She soon returned and said, “When you leave, you’ll find a straw broom. Pick it up, and beneath it, in a cloth purse, you’ll find the dirt you brought. Take it, recite over it the words written on this piece of paper seven times while you separate the grains with your fingers. Then walk behind any funeral procession and sprinkle some dirt behind the mourners while you recite, ‘My God, just as you have parted this deceased man from his family, separate me from so-and-so.’ Mention the names of your husband and his mother and repeat this phrase three times. Take the remaining dirt and spread it on the doorstep of your house. Once you do that, the man you live with will never approach the house again. Run along now. You’ll find many funerals gathering at Bab al-Wali. Have no fear, because I’ve buried a spectral trace of your husband among the seven graves. This will make him hate you so much you’ll be spared his daily abuse. Believe me!”

I took the slip of paper from her hands and gave her the money. I went outside and found the broom just where she said. I picked it up and removed the purse filled with dirt from beneath it. I put the purse in my bag and rushed off to flag down another taxi. I asked the driver to take me to Qabr al-Wali, and he did.

I didn’t perform the customary rituals associated with a visit to the Wali’s tomb today. I merely saluted it from a distance. Then I opened my bag and pulled out the paper the diviner had thrust into my hand. I found a nook to sit in while I recited the words.

I felt a great weariness descend on my body, which began perspiring in response to the scorching noonday heat. When a number of funeral processions assembled to carry their deceased around the tomb before burial, I chose one with many mourners to walk behind.

Without any of the mourners noticing, I took out a little of the dirt and whispered, “My God, just as You have parted this deceased

I repeated this petition three times and then sprinkled dirt behind the procession. When I went home, before I entered the house, I scattered the rest of the dirt on the doorstep quickly to avoid attracting the attention of any passerby.

Then I opened the door and raced to the bathroom where I turned on the overhead shower. I sat beneath it without removing my abaya.

I started watching the dirt mix with the water and flow down the drain. Only then did I feel I was ridding myself of the dead bodies I had been carrying on my shoulders all day long. So I began to calm down.

Soon a proud smile traced itself on my lips and grew till it turned into joyful laughter, which almost filled the whole space and threatened to reveal my secret.

Then, regaining my composure, I emptied the contents from my bag and started to scrub it with soap and water, feeling intoxicated by my achievement.

I closed my eyes and imagined I was standing on a cloud, soaring far away on it.

But I tripped and fell to the floor of the bathroom when I heard his alarming blows on the door. He shout harshly: “Why are you always so slow to open the door? Move your body! Open the door!”


The Guardian published an essay by Faleeha Hassan describing her experience living as an Iraqi refugee in the United States. You can find it here: https://www.theguardian.com/commentisfree/2016/oct/04/iraqi-refugee-living-in-america-some-wish-me-dead.

Faleeha Hassan, who is currently residing in New Jersey, was born in Najaf, Iraq, in 1967. She earned an M.A. in Arabic literature and has published several collections of poetry in Arabic: Being a Girl, A Visit to the Museum of Shade, Five Titles for My Friend-The Sea, Though Later On, Poems to Mother, Gardenia Perfume, and her collection of children’s poetry, The Guardian of Dreams. Her works of Arabic prose include Hazinia or Shortage of Joy Cells and Water Freckles (a novella).  Her poems have been translated into English, Italian, German, French, and Kurdish. She has received awards from the Arab Linguists and Translators Association (WATA) and the Najafi Creative Festival for 2012, as well as the Prize of Naziq al-Malaika, the Prize of al-Mu’tamar for poetry, and the short story prize of the Shaheed al-Mihrab Foundation. She serves on the boards of Baniqya, a quarterly in Najaf, Sada al Nahrain (Echo of Mesopotamia), and the Iraqi Writers in Najaf association. She is a member of the Iraq Literary Women’s Association, The Sinonu (i.e. Swift) Association in Denmark, the Society of Poets Beyond Limits, and Poets of the World Community.

WILLIAM MAYNARD HUTCHINS, who is based in North Carolina, was educated at Berea, Yale, and the University of Chicago. He was awarded a National Endowment for the Arts grant for literary translation in 2005 - 2006 for his translation from Arabic of The Seven Veils of Seth by Ibrahim al-Koni (Garnet Publishing) and again in 2011 - 2012 for a translation of New Waw by Ibrahim al-Koni (the Center for Middle Eastern Studies at the University of Texas). He was the co-winner of the 2013 Saif Ghobash/Banipal Prize for Arabic Literary Translation for A Land Without Jasmine by Wajdi al-Ahdal (Garnet). He won the 2015 Prize for Prose Translation of the American Literary Translators Association for his translation of New Waw.