I. O’Keeffe Can’t Catch a Break

In an essay for the Tate’s retrospective exhibition of Georgia O’Keeffe this past summer (2016), Griselda Pollock writes that as a young art historian in the 1970s, she initially could not “see” O’Keeffe’s work. O’Keeffe’s banal ubiquity coupled with disproportionally weak scholarly consideration made her seem trivial, and what discussion there was of the work concentrated on the explicitly superficial, gendered connotations surrounding the artist and her paintings.1 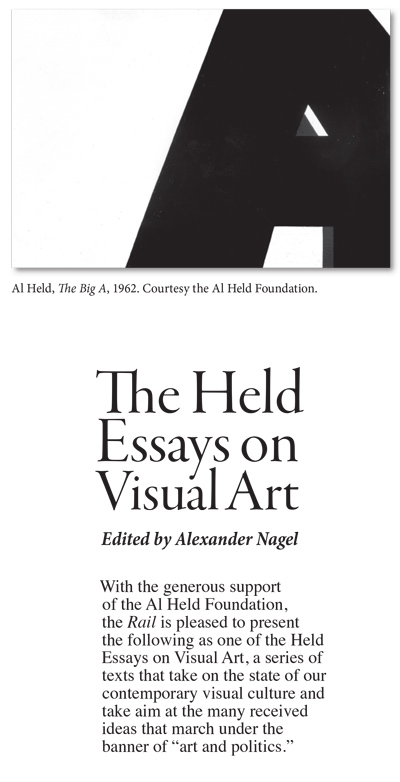 Although the scholarship around her work has certainly deepened, I also experienced a lack of “sight” concerning O’Keeffe. As a child with limited knowledge of art, I knew who Georgia O’Keeffe was. She was around: my grandmother had a poster of Oriental Poppies (1927) in her kitchen; skulls and views of Abiquiu were included in sets of art postcards sold at museums; she even featured in a favorite Baby-Sitters Club book where one of the main characters buys an anonymous charcoal drawing (of antlers), later revealed to be by O’Keeffe, for one dollar at an antique store in South Dakota.2

Still, in my estimation her work never seemed to be “tasteful” or “serious” or even particularly “good.” This was, of course, unfounded by evidence and came from my basic associations of the “unseriousness” of prettiness and rainbow palettes, the degraded status of flower paintings, an inherited late-Modernist presumption that Important paintings must also be Big. But it also came specifically from the equally famous opinions around O’Keeffe’s work. As mainstream reviews from the Tate show demonstrate, it’s still hard to talk about O’Keeffe without at least making reference to whether gynecology is relevant, and even sympathetic writers often note that the work is disappointing in person because O’Keeffe’s rather meticulous paint application and matte surfaces “look so much better in reproduction.”3

Ultimately, these are questions of intimations and one’s preference for them: taste, not aesthetic value. Because O’Keeffe’s fame almost can’t be uncoupled from her mythology, we are practically required to look through the taste baggage at the work. On these terms, it is easiest to dismiss her precisely because the question of taste relates to her purported content, as though the connotations of the work are, in fact, what it is “about.” Once that’s settled, it’s simply a matter of placing her within history and closing the book: you don’t have to like the work or look at it, you just have to know who she was.

O’Keeffe’s relevance to contemporary art is not only historical. Before the Internet and photorealism, she made paintings that pre-figured a contemporary, self-conscious relationship to imaging. Beyond a catholic inclusivity of her interests in the work—which certainly relates to today’s colloquially documentary image culture—O’Keeffe maintained a lifelong concern with framing as a non-neutral tool for presenting visual information.

One example is O’Keeffe’s use of the crop to organize dynamic compositions. A sense that forms are being cut off or have been tightly fitted inside the rectangle appears early on in abstract works from the 1910s, such as Music—Pink and Blue No. 1 (1918), where the multicolored arch which occupies the bottom half of the painting appears to be severed by the bottom edge. In the painting, a sense that the forms exist beyond the edges of the surface lends a heightened importance to the arrangement which is visible. The setup pays off in the surface tension that is created between the curvature of the arch and the bottom and right edges. However, this sense of continuity is an illusion as the painting, while referencing folds, is not “of” anything except itself. The focus now shifts from what is being cropped to what cropping does, which is to suggest a breakage in continuous physical reality, whether “reality” is depicted as such or not. What remains, the visible painting, is an image of the act of cropping on an abstract visual field.

O’Keeffe borrowed ideas about photographic chiaroscuro and flattening to produce abstract effects with similar results. O’Keeffe’s engagement with photographers in the circle of avant-garde artists working in early 20th-century New York such as her husband, Alfred Stieglitz, and Paul Strand, taught O’Keeffe about how photographic processes such as exposure and contrast could produce abstract-looking passages reminiscent of European modernism through a flattening and layering of space.4 Black, White, and Blue (1930) presents a tightly orchestrated and flattened curve rendered in such a way as to imply backlighting. Here, the concept of non-objective forms being lit and shadowed according to a somewhat recognizable mechanism points to an illusory, out-of-frame “lighting source.” In Grey Lines with Black, Blue and Yellow (1923), the starkness of the transitions between the painting’s darks and its almost white pinks, blues, and yellows suggests selective overexposure through dodging and burning, i.e., the process of chemical developing. While the works are visually engaging on the formal terms they set out, these paintings are as much about abstraction and experimentation as they are about the ways that photography changes the terms and expectations of viewership through its formal cues and effects.

O’Keeffe does not just extend the use of these tools to paintings where the subject matter is identifiable. As is evident in a series of “Jack-in-Pulpit” paintings from 1930, how and whether the flower is visible and recognizable often hinges on the crop, lighting, flatness, or “exposure” variables. This hinging continues in the later “Black Places” series of the ’40s, where shifts between paintings center largely on what elements get abstracted through flattening and lighting. When the image is more directly recognizable, these tools produce an image which is understood as mediated: O’Keeffe’s eye does not just look “objectively” at the flowers or landscape in their natural state, she is also thinking about them as though looking through a lens, or how they might be exaggerated in a darkroom.

Moreover, when the subject matter is rendered, even when the image includes abstract passages, it can read as extremely true to life. I once had a conversation with a museum guard at the Metropolitan Museum of Art about Grey Tree, Lake George (1925) who claimed that this painting was his favorite in the Met’s O’Keeffe collection because it looked so real to him. When I asked him to clarify, noting the arcs threatening to break the picture plane and passages of unarticulated green standing in for leaves and background shrubbery, he pointed to the sharpness of some of the branches, claiming that she painted them as if it were a photograph.

In this light, O’Keeffe is working within a modernist tradition that highlights abstraction not as alien from observation, but as an indication of a mediated state of visual information arrived at through observation. A conceptual cousin is Analytical Cubism. In an Analytical Cubist painting, the surface of the depicted object loses its integrity as the artist draws it in the round, vectors and angles stand-ins for the general parameters of the form in space over time. An Analytical Cubist painting depicts this notational process at the expense of the visibility of the “rendered” object. It is an image of representing which undermines the traditional inference of three-dimensional, coherent forms from two-dimensional imaging, and reveals the subject of the painting to be the form of observation of its object. O’Keeffe seems to posit that observation is neither neutral nor invisible, and sets out to depict the implications on what is looked at.

While not explicit in every series, the frame as motif recurs throughout the work. A late group of paintings from the mid-’40s, the “Pelvis Series,” depicts a color field, often sky blue, through the outlines and sockets of carcasses. In the most minimal examples, we are presented with a singular aperture, which, taken out of context and scale, also suggests an eye socket—as though to imply that one must even look through the eye, and that all these painted rectangles are re-constituted and shifted from ovular visions. In O’Keeffe’s paintings of crosses against the New Mexico horizon, the viewer must regularly look past the crosses’ grid-like intervention to the landscape, banished from the center of the image to its four corners.

I don’t mean to assert that O’Keeffe’s work is singularly concerned with photography. Making these as paintings creates more control over color, focus, transitions, and invention. Unlike photography, painting transmits authority through the hand. And in its pointedness and tightness, the brushwork conveys O’Keeffe’s intense concentration on each particular area. Paul Rosenfeld, a writer contemporary with O’Keeffe, commented that some of O’Keeffe’s passages appeared licked on with the point of a tongue. Looking at Ranchos Church, also at the Met, the painter Jennifer Packer mentioned that O’Keeffe’s (admittedly dry) brushwork tracks the movement of her eye over the walls, desirously recreating the adobe texture through application and texture rather than rendering. The application is varied, and more importantly, intentional.

III. Georgia On My Mind

There is a certain irony in O’Keeffe’s insistence on bringing to light the nuances of physical and technological looking only to have these flattened in the popular consciousness through its over-familiarity with postcards and souvenirs featuring her work. Like the experience of setting aside the thousands of TV and movie kisses one sees before having a first kiss, what is required in shifting a generalized preconception based on taste is personal connection with the forms—rather than the associations—of O’Keeffe’s work.

I am indebted to other artists in learning how to look at O’Keeffe. In graduate school, trying to reconcile why there were so many O’Keeffe shows (or why every regional art museum seemingly had and displayed paintings) and still so few artists I knew really defended her, I stumbled into a discussion with my classmate, Julia Bland. Julia was one of the few artists I knew who loved the work—and when I asked her why, she said, “because Georgia painted whatever she wanted.” This was my way in. Looking at the gamut of the work—from rainbow spirals, to stark-edged abstractions, to paintings of New York at night, to landscapes, to the late paintings of clouds and doors—the idea that O’Keeffe’s production was guided foremost by her desire to make as many different kinds of images as she could which didn’t exist before is incredibly powerful.

The relationship of O’Keeffe’s work to highly personal imagery is well documented. Late in her life, she would describe early works in terms of perceptions digested through feeling, memory, or process, from directly looking at Chinese and Japanese calligraphy to arrive at Blue Lines (1916) after five or six attempts; to more diffuse observations such as paying attention to the shapes and forms she saw in her head, or the memory of particular experiences; and referring to abstract forms like the one found in the drawing No. 12 Special (1917) as “maybe a kiss.”

My intention is not to refute her personal inflections, nor to imply that similitudes between O’Keeffe’s imagery and its real-life corollaries, both denoted and connotative, do not exist. Still, the question of what this similitude is meant to do is relevant. The openness with which O’Keeffe considers observation allows a viewer to track formal similarities between the works. It’s just that what she was looking at was not so limited—her dreams and thoughts, photographs, landscapes, art she’d seen, edges, shadows, shapes. This variety, and the ease with which the work slips between more and less referential imaging allows us to find that the edge of a mountain is similar to her idea of a line in space; or to track the use of idiosyncratic color combinations and compositional strategies over visually unrelated series. There is a slippery, almost punny, communication of forms between the works and O’Keeffe’s eye, interests, and the world as it appears, that is distinctly unconcerned with determining irrefutable essential truths. At a time when untruths and symbols are being commandeered politically for the sake of arguments about what looks like the right form of identity, citizenship, and loyalty, fewer conjectured essences and more imagination in looking at the meanings of forms sounds good to me.

Gaby Collins-Fernandez is an artist living and working in Brooklyn.