A thoughtful, discerning, and carefully compiled list of the most notable, promising and unique musical events for the months of December and January in New York City.

In the summer of 2014, Limpe Fuchs lived in a glass house in the mountains of Bavaria, where she arranged her serpentinite stones in a line and crouched over them, tapping the pieces of granite gently with a mallet to make them sing. She sent me that recording on a CD-R, and as I ripped the audio, I noticed a digital glitch at the three-minute mark.

The Return of the Legendary Pink Dots

Few bands have as legitimate a claim to the label uncategorizable as the Legendary Pink Dots. Formed in London in 1980 and currently based between there and Amsterdam, the group has remained continuously active for thirty-six years, producing a discography that is dizzying in both quantity and quality.

The Maestro and His Double

The “Conversations” in this book’s title took place over a period of several months in 2010–11, in locations around the world, beginning with novelist Haruki Murakami’s home near Tokyo and culminating in the Swiss town of Rolle, on the shores of Lake Geneva, where Seiji Ozawa was presiding over a summer academy for young musicians. 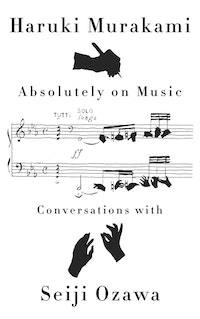 Drummer Tom Rainey and saxophonist Ingrid Laubrock could not have formed a more perfect union—husband and wife and artistic colleagues—and it’s one that keeps expanding, collectively and individually.

I Thought That We Were Winning: In Remembrance of Leonard Cohen

Near the end of James Joyce’s A Portrait of the Artist as a Young Man, Stephen Dedalus is explaining to his friend Cranly that he is leaving the Catholic church. Cranly asks if he intends to become a Protestant. Dedalus responds, “What kind of liberation would that be to forsake an absurdity which is logical and coherent and to embrace one which is illogical and incoherent?” 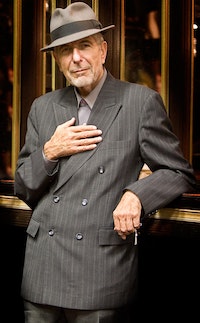 Diary of a Mad Composer

Mozart’s opera Don Giovanni premiered in the fall of 1787. The complete original title was Il dissoluto punito, ossia il Don Giovanni, or “the libertine punished, Don Giovanni to be precise.” The Don is a rapist and murderer with a particular taste for underage girls, and he’s eventually dragged to hell by the ghost of the Commendatore, the father of Donna Anna, the woman Giovanni is trying to rape as the opera begins.