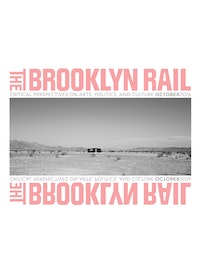 They amount to sneak lines, little sizzlers dashing through each of the stories not necessarily frequently, but often enough to keep you on the lookout. On page 90 of the proof copy I read, there’s this, at the end of a paragraph: “Decorating would be admitting something, she thought.” That story, “Hounds,” centers around Jess—the woman who won’t decorate—who works in a PR/hospitality capacity for a hospital (or, anyway, surgeons) which performs facial transplants. By the time you get to the story—it’s the fourth of nine in the book—you’ll recognize not patterns but certain constructs Yancy grounds her stories in. Hospitals feature prominently, as do fairly extreme medical conditions: there’s Duchenne’s muscular dystrophy in the first story (“Dog Years”), a fetal surgeon with a dad dying of lung cancer in the second, a former mistress navigating her life after her lover’s died of lung cancer in the third, childhood leukemia in the fifth, etc. The stories almost all center around folks who are in one way or another a little lost: Ellen, the mom of the boy with Duchenne’s in “Dog Years,” is a molecular geneticist, meaning she’s better positioned than most to help find a solution to her son’s condition even while knowing she won’t be able to save her own son but those diagnosed after he dies. How could one be other than lost in such a position? There’s Laurie, the aunt who now, seventeen years after it was first offered as an eighth-grade graduation gift, is about to take her niece to Paris. Laurie’s never settled down, preferring mistresshood to marriage, and the entirety of the story transpires over the fewer than twelve hours marking her niece’s arrival to the next morning’s departure for the airport.

Back to those sentences, those lines: they’re often, as in the example above, straightforwardly simple yet freighted with monumental clarity and character, which may be as good a way as any to describe the entirety of Melissa Yancy’s Dog Years. It isn’t the sort of collection one necessarily pours into and receives back great tidal waves of emotional connection; the characters are fractured, searching, seeking not to know the nature of their wounds but attempting to navigate the world in full awareness of and honor to those fracturings. Instead, it’s a collection you end up feeling a serious admiration for, moved by Yancy’s stubborn audacity to reveal her characters so nakedly and, more broadly, at her incredibly sharp eye.

The best line of the collection, for my money, comes early, in “Consider This Case,” the story of the fetal surgeon whose closeted gay father comes to spend his last days dying from cancer with him. The surgeon—Julian—is gay as well, and lives in Malibu, with a great view of the water which, on good days, is of course lovely, but on the day his father arrives, Yancy writes “it’s cold like a Rothko out there.” You can see it, can’t you? Even if, like me, you find some of Rothko’s stuff almost absurdly warm, I find it hard not to buy completely into Yancy’s exacting, precise world.

This precision manifests not simply in details, but in larger structural questions. In “Miracle Girl Grows Up” we meet Miriam, who was born with a teratoma and, at thirteen, develops leukemia. She becomes famous as a child because of it, spending the night with Madonna one night, meeting the president. She’s now a forensic accountant who, in the story, is trying to parse the books of a children's hospital—she’s seeking secret, inner, hidden aspects of the hospital, the places shut off from general viewing. Simultaneously, she's going on dates with a man who voiced Winnie the Pooh. All this info, jumbled though it's here laid out, works in Yancy’s hands to braid together, seaming together to tell a story about the secrets we carry, those inner aspects of self which, if handled incorrectly, end up boxing us. On its surface, “Miracle Girl Grows Up” is sort of simple—it’s about a woman with a past she’s not sure she wants to share, and the story's tension revolves entirely around will-she-or-won’t-she—yet by story’s end, the story feels thick, more significant than a synopsis could render.

One wants not to praise faintly: this isn’t simply an admirable book, one of those this-is-good-for-you literary vitamins. Dog Years is that, but it’s also quietly startling, drawing the reader’s eye toward the quiet, tiny details that make life accrue feeling and sense, maybe even meaning. Think of those times you bump into the table and, the day after, find a bruise seemingly disproportionate to the initial pain. Dog Years is like that, leaving a mark even when you don’t even notice it.

WESTON CUTTER is from Minnesota and is the author of You'd Be A Stranger, Too (BlazeVOX Books, 2010) and All Black Everything (New Michigan Press, 2012).