In quantum mechanics, the uncertainty principle states that the more precisely the position of a particle is determined, the less precisely its momentum can be known, and vice versa. Essentially, we can’t measure the position and the momentum of a particle at the same time. In the extraordinary world of quantum mechanics, particles hover in a state of uncertainty, seemingly being partly here and partly there, occupying all known positions simultaneously. It is the act of measurement that forces a particle to relinquish all of the possible places it could have been and select one definite location where we find it. And when a particle is forced to choose a position, we lose its momentum. 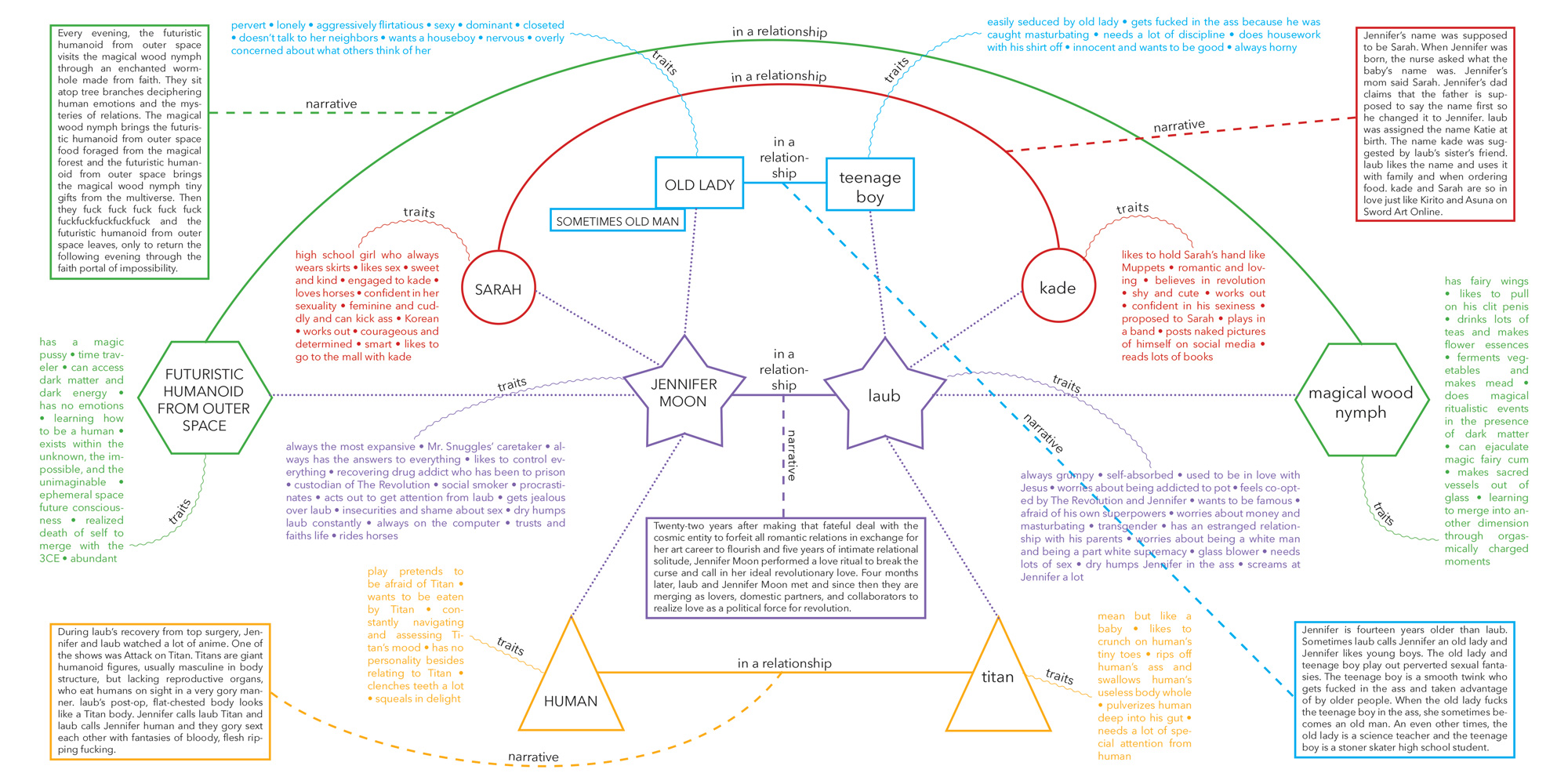 This is similar when it comes to our seemingly less-extraordinary world: the more we determine our position and measure the position of others, the more we lose our momentum. And unlike the quantum mechanics world, which is governed by peculiar waves of probability, our world is governed by systems that situate us within binaries and hierarchies. In our world, we are continually measuring ourselves, positioning ourselves in alignment with or against everything we come in contact with. We find ourselves occupying a location either above or below another, categorizing everyone and everything within millions of hierarchies.

As with particles in quantum mechanics, this constant act of measurement forces us into one definite location where you will find us: within a 4% universe (all of known time and space and its contents constitute only 4% of the observable universe, the other 96% consists of unknown substances called dark matter and dark energy). Our continual acts of measurement keep us locked in a 4% universe, unable to gain significant momentum to expand into the wholly unknown, the impossible, and the unimaginable 96% of reality!

How do we stop measuring? How do we let go of our orientation to this world? In other words, how do we shed all our identities, all the ways in which we identify and position ourselves within this reality, in order to realize an undetermined formlessness, a groundlessness without orientation, where we are no longer imprisoned by space and by time and the matter of this world? In order to exorcise all our identities, we need to understand them, love them, so they can lead us to neglected fears and traumas that created the identities to protect us from the fear and trauma. Once there is no longer a need for identities, belief entities, orientation devices that fix us in this 4% universe, we will gain an unrestrained momentum that will lead us out of this all-encompassing and seeming inescapable system of hierarchies and binaries into new realities beyond anything we can currently imagine.