Gabriel Kolko died in Amsterdam on May 19, 2014, at 81. As long as I knew him—and I met him around 1960, when I was a teenager and he was a graduate student in history at Harvard—he was motivated by three passions: a hatred of capitalism; a devotion to detailed empirical research; and the enjoyment of life with his wife, Joyce, and their many friends.

EDUCATION REFORM Beneath the Surface
Part III: Paving the Roads to Inequality

The paths to educational success and failure are set early in the lives of most children in the city’s public schools, in their neighborhood elementary schools. Early differences matter a great deal.

Born to a rural area in one of the poorest counties on the West Coast, this sort of decay had a bitter kind of comfort to it. 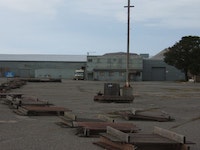