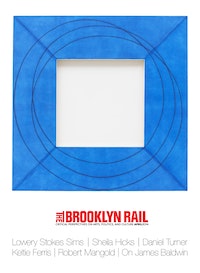 As the winter has lasted longer than expected, we were soberly reminded that the fight against censorship is an ongoing struggle that requires our collective effort and strong commitment to articulate the nature of art and how artists—individuals whose lives are devoted to the vocations of the arts and humanities—are examples par excellence of those attempting to become free. The dialectic and multivalent urges that fan through the spectrum of impulse and reason, irreverence and responsibility, feed their conduit-like natures, which must be supported.

When Jonas Mekas screened Jack Smith’s Flaming Creatures in early March 1964 at New Bowery Theatre, he was arrested and jailed for the film’s explicit homoerotic content. Undeterred, a week later, he showed Jean Genet’s Un chant d’amour at the Writers’ Stage Theatre, landing him once again in jail, during which time the whole community of artists, writers, poets, and intellectuals including Andy Warhol, Susan Sontag, Diane di Prima, Allen Ginsberg, Dwight Macdonald, Lionel Trilling, Meyer Schapiro, and endless others came to his rescue by signing a petition and testifying against censorship imposed by the Lindsay Administration. The trial spawned by this incident was brought to the Supreme Court, lasted for two years, and was finally dropped. We shouldn’t forget that Henry Miller’s Tropic of Cancer published by Grove Press in 1961 was also censored for similar charges until the Supreme Court overruled the state court findings of obscenity and declared the book a work of literature.

A recent episode of censorship at Kennesaw State University (K.S.U.) in Georgia as reported by the National Coalition Against Censorship (N.C.A.C.) reminds us that the fight for freedom of expression is far from over. The day before a reception celebrating the opening of the university’s Zuckerman Museum of Art, K.S.U. President Dr. Daniel Papp, ordered the removal of “A Walk in the Valley,” a work by Ruth Stanford. The piece—commissioned by the show’s curators—responds to the university’s acquisition of property that had previously been the homestead of Corra Mae Harris, a writer who publicly defended the practice of lynching in 1899. In protest of the censorship N.C.A.C. director Svetlana Mintcheva wrote a letter to the university, and eventually the piece was reinstated in the exhibition. Dr. Papp’s success in removing Stanford’s work, albeit temporarily, illustrates once again, that artists are very much on the frontlines in the battle against censorship.

How can we forget that on September 22, 1999, 10 days before the exhibit Sensation at the Brooklyn Museum was to open, our former mayor Rudolph Giuliani launched a public campaign denouncing the exhibit as “sick,” antireligious, and an example of “Catholic Bashing.” The mayor demanded that the museum cancel the showing, under threat of evicting the museum from the city-owned building and withdrawing all city funding.

I remember being moved by the then Director of the Metropolitan Museum of Art Philippe de Montebello’s eloquent statement in his October 5 op-ed piece published in the New York Times: “I find no fault with the Mayor’s aesthetic sensibilities, only with his effort at censorship.”

Meanwhile, I would like to thank our ArtSeen assistant editor Serena Qiu who is stepping down this month, as well as our comics editors Arryan Decatur and Tom Motley for their brilliant contributions to the Rail over the past several years. Also, in the spirit of National Poetry Month (every April), we have decided to lead this issue with our bards. Otherwise, the steady clockwise shift of section orders—to continuously feature with equal prominence each part of the Rail—will resume come May.

P.S. This issue is dedicated to Robert Ashley, Yulisa Pat Amadu Maddy, and Mitch Leigh. Our heartfelt condolences are sent to their respective loved ones and friends, as well as endless admirers.