While the past decade has seen the comeback of reenactment within the non-fiction film, none has pushed the device to such intricate and chilling extremes as Joshua Oppenheimer’s new documentary about the Indonesian genocide, The Act of Killing.

The title of Jem Cohen’s evocative new film Museum Hours is multivalent, referring both to the practical hours of the museum’s operation—that specified duration when privately held important works are made accessible to the public—and to a qualitative conception of time.

DESIGN FOR LIVING
Matías Piñeiro and the Art of Seduction

All four of the films Matías Piñeiro has made over the last six years—two feature-length works (2007’s El hombre robado [The Stolen Man] and 2009’s Todos mienten [They All Lie]), and two short features (2010’s Rosalinda and 2012’s Viola)—carve out a series of small spaces in which characters circulate and intersect with one another:

This is the second part of an epic, five-hour conversation interview with Peter Kubelka, who recently visited New York for the theatrical premiere of Martina Kudláček’s acclaimed documentary Fragments of Kubelka. 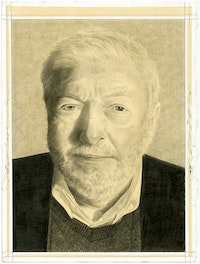 Margarethe von Trotta is one of the leading German filmmakers working today and was one of the major figures in the New German Cinema movement.