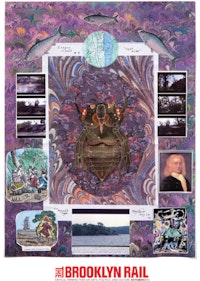 At its premiere screening in the New York Film Festival last fall, Ben Rivers’s Two Years at Sea fit comfortably among a series of films prefiguring the coming year’s end-of-days.

How, though, can we still talk of art, if the world itself is turning cinematic, becoming “just an act” directly controlled and immediately processed by a television that excludes any supplementary function?

“WINNING A (HI)STORY OUT OF PLACES”
Christian Petzold’s Barbara

Christian Petzold is a leading figure of the Berlin School, arguably the first significant collective of German filmmakers since New German Cinema.

From the moment David Cronenberg’s Cosmopolis begins, when young tycoon Eric Packer (played by Robert Pattinson) tells his head of security that he wants a haircut and slides into his state-of-the-art car despite warnings of monumental traffic snarls and probable attempts on his life, we know, skeletally speaking, what we’re going to see.