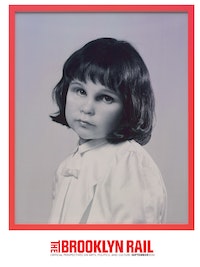 Angela Veronica Wong’s first full-length poetry collection, how to survive a hotel fire, exists within the rush and vacuum following an alarm: those split-seconds, or split-months, as the case may be, of confusion and action and error and clarity, in which memory is rewound, replayed, and questioned.

How to Survive is formally engineered as a conceptual collection. Many of the individual poems are panicked and frenzied, searching for exit signs, returning for a keepsake, going out again, giving up. See “Fuck this/ I’m/ getting out of here. //” (pp. 26-27) from the second section, “If You’re Hoping Something Interesting Comes From This I Wouldn’t Hold Your Breath.” The poem exemplifies how the book hops with adrenaline from thought to thought, as if any segues have been removed:

and stories and built more cages.// Me too

I/ do the same thing every time.// I think

expecting the pencil lead/ to be broken and

all that mascara/ on pillowcases.

This poem further fractures the natural flow of language by its double-enjambment, first by the block of justified text, second by its inline notations; the result is an increased jumpiness.

Other poems are all too confident. They make broad, sure statements, that are repeated again and again, so that they no longer sound sure of themselves. Wong’s poetry is abundantly present tense. She employs a host of determiners (that, these, this; the adverb “here” is used similarly) to kindle urgency and now-ness in the lines.

Still others—in particular, all the center-aligned, primarily past tense poems of the third section, titled “In Which Lessons Should Not Be Learned”—examine and dissect the actions that carried the speaker here. “Once / she was writing in the dark and // mistook the bedsheet for a page” begins “In Which the Leap Is Leapt;” “Once he ate / too fast…” begins “In Which Our Heroine Is Not Much of a Heroine;” “In Which the Ending Does Not End” begins:

Did he trust her,
she wonders, when she said

she was spending the night

at her mother’s or

But the apparent jumpiness of verse, from topic to topic and tense to tense, is at odds with the collection’s obsessive organization. The poems, though pressed and scattered in feeling and tone, hold tight to their constructions; e ach section enforces its own customized codes and regulations on all its poems. The poems feed off each other, using their shared traits to embolden a communal concept—their differences made starker all the while.

Wong is also a master of using her lines and the poems’ placement on the printed page to control a reader’s tempo. “How to Survive a Hotel Fire” (number 29 or so; several share the title) has a full page-turn between its two lines, presenting an unexpected amendment to the initially-only line—a pause more pregnant than the standard line—or stanza break could carry.

All together, the strict formality, the unsure/sure tone, and the rehashing of mistakes create a fantastic sense of neuroses in the book’s speaker(s). With this, Wong establishes a mood in her writing that translates to a tangible, physical feeling of claustrophobia in an unfamiliar hotel room.

My copy of Angela Veronica Wong’s How to Survive a Hotel Fire has now been in three hotels and a rented cabin. There were no fires. Not even a drill. My legs turned to jelly just the same.

Williams’s exhibition, titled Tracing Memory, builds on the tradition of apostate picture-makers with such confidence that the fact that this is also her debut exhibition at a commercial art gallery in New York City comes as a surprise. Many of the works on view lack any support structure at all, preferring instead to migrate across the wall with a breezy randomness that belies their precise deployment of shape, color, and materials.

Writing on Art and Muscle Memory

What brings me back to a painting is often a feeling, like a nagging muscle memory, of wanting not only to see, but to sense the painting’s facture.