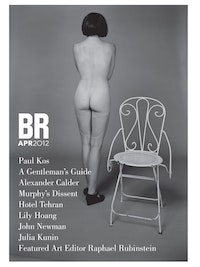 In an essay on Adorno’s relationship with cinema, Nicole Brenez proposes that “the fact that one can think with certain films, and not simply about them, is the irrefutable sign of their value.”

Bene was a famous theater director and actor who made five films from 1968-73. In 1968, after widespread inaction and corruption, the Italian educated youth, jobless, exploded in uprisings.

ALONE IN THE ZONE
GEOFF DYER with Monica Westin

Geoff Dyer describes himself as a “gate crasher” writer: his choice of subjects—the Venice Biennale, jazz, Burning Man, D.H. Lawrence—varies as widely as his choice of prose styles—memoir, essay, travelogue.