FORESTS OF UNCERTAINTY
The Contentious Nonfiction of Robert Gardner

Since his widely celebrated ethnographic documentary Dead Birds was released in 1964, Robert Gardner has served as a bit of a punching bag for great numbers of anthropologists and nonfiction filmmakers.

By Benjamín Schultz-Figueroa and Aily Nash

From Jean-Marie Straub’s didactic elegies for Kafka and Orpheus to Michael Robinson’s A Line Describing Your Mom, and wacky new work by the late, great George Kuchar, there was much seriousness and much fun to be had at this year’s Views, which utilized the new venue to showcase more work than ever before. 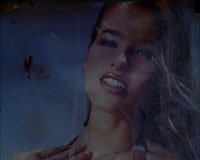 Co-curated by ArteEast’s Rasha Salti and MoMA’s Jytte Jensen, the series comprises three parts to be screened over three years. This second installment places particular emphasis on archival documentary: work that engages with and appropriates the documents found in institutional or personal archives in order to disrupt received historical narratives and reimagine new ones. 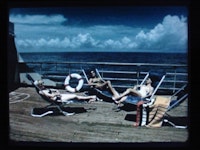 AN INJURY TO ONE

Borrowing its title from the Industrial Workers of the World’s motto, “An Injury To One Is An Injury To All,” Travis Wilkerson’s An Injury To One made quite a splash in film festival circles when it was released in 2002. Wearing its celluloid love on its very video sleeves, it’s a media hybrid of sorts, indulging in frequent 16mm roll-outs and orange washes, yet committed to split screens and textual interventions that announce newer media. 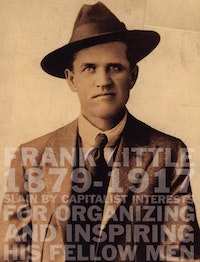