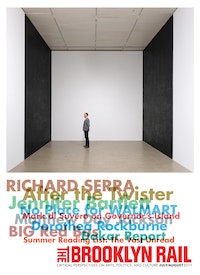 Margraff’s Got the Greek Blues

Ruth Margraff is a playwright with a singular voice, an artist whose work pushes boundaries linguistically and theatrically, challenging any expectations we might bring with us to the theater. 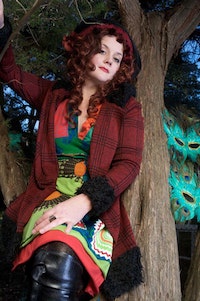 TAKE IT TO THE STREETS: Site-Specific Theater Hits NYC

This past spring you couldn’t open the arts section of the [Major New York Daily otherwise known as “the Gray Lady”] without reading about the Broadway production of Spider-Man, a story which as it unfolded began to seem more and more like the plot of a telenovela, complete with deception, betrayal, and heartbreak; but you also couldn’t open the same section without reading a feature or review of a site-specific piece of theater.

Back in March of 2010, my sister Kara Lee Corthron interviewed me for In Dialogue regarding my then-upcoming production at Playwrights Horizons. So I am turning the tables now.

Balm in Brooklyn: A Case Study

The project: Balm in Gilead by Lanford Wilson, dreamed up by playwright Beau Willimon and tackled in the context of a four-day retreat in the block-long Brooklyn warehouse (modeled after Chekhov at Lake Lucille), using the full expanse of the space to create not just the NYC diner that is the setting for the groundbreaking first play by the late-great playwright, but the street where it lives as well. Balm in Brooklyn was initiated well before Wilson’s death on March 24 of this year. Suddenly losing Lanford along the way transformed the project, on some level, into the best kind of wake. 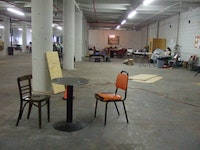