It’s no small challenge to get New Yorkers out of their living rooms, on the streets, and to an event in the dead of winter, especially with the additional chill of our economic times in the air. 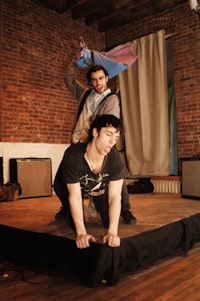 In the course of transforming the tones and rhythms of American speech into vocal music, the composer and inventor Harry Partch created work that radically broke from the classical European models that his peers drew from. Partch came up with a whole new approach to achieve this goal, one that utilized microtones and drew inspiration from ancient Greek culture, Chinese music, and other exotic sources.

Tired Soldiers of the Modern Age

Thomas Mann once said, “Only the exhaustive is truly interesting.” That may be so, but exhaustive things don’t have to be exhausting.

Kim Kashkashian has many voices. What makes this unique viola player stand out among contemporary musicians is her vocation as a substantial communicator.

Sure, it’s 2:30 in the afternoon, but you’d be tired too: in the past week, Beirut has played five shows in the New York area, some with full orchestra. On Friday, the sixth, the band made its network television debut on Letterman. And this month marks the release of March of the Zapotec and Realpeople Holland, the follow–up to 2007’s chanson-inspired The Flying Club Cup.

The 74-person-maximum-capacity sign posted on the wall of Union Square Pool has been violated—probably several times over. The audience, populated in part by some of New York’s less-inhibited indie musicians, forms a spontaneous ring of folk-dancing; onlookers clap, kick up their heels, and partner with people they’ve never met before. 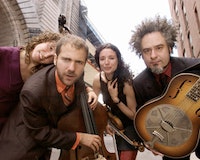 The new year has started off with a bang. We’ve got a new administration that rode in on a tide of new promises and old music by the likes of Springsteen, Stevie Wonder, Itzhak Perlman, Yo-Yo Ma, and Aretha.