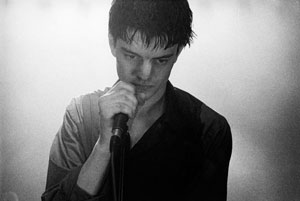 At some point during the next couple of years, Keith Moon, Janis Joplin, Joey Ramone, Freddie Mercury, Darby Crash, Dusty Springfield, Bob Dylan, the Notorious B.I.G., Doris Troy, Jeff Buckley, Iggy Pop, Brian Wilson, and James Brown will all, as they say, get the biopic treatment. Ticket prices being what they are, seeing all of these movies in the theater would set you back 140 big ones—twice that if you’re taking your date out for a night on the town—so allow me to spoil the plots in advance. This way you can save your money for something more edifying, see? (I suggest beer.)

All of these movies will follow the same basic story arc, tracing a rock star’s dramatic rise from his or her humble roots to worldwide fame. Each movie will achieve a sense of epic-ness by creeping past the two-hour mark; most will be closer to 150 minutes. They’ll all feature virtuosic performances by their lead actors—who, we’ll be told, immersed themselves so deeply into their roles that they literally became the characters. Though they’ll all hew faithfully to their subjects’ “consensus narratives” (a fancy way of saying “Wikipedia entry”), there will be enough deviations, dramatizations, and truth-fudgings to inspire indignant message-board ripostes from their subjects’ hardcore fans. Invariably, all of these movies will sentimentalize certain key moments in their subjects’ lives, pumping deep fatalistic significance into events that were most likely the results of simple hard work or chance. They’ll all feature main characters who feel the pressures of sudden fame bearing down on them; coupled with a specific looming trauma from their past, those pressures will drive the main characters to drug and/or alcohol abuse. But don’t worry: They’ll clean up their act by the movie’s end—unless, of course, they die first.

All of these movies will do pretty well at the box office, relative to their budgets, and they’ll all probably be praised by critics, too. But none of these movies will be great. Then again, none will be bad, either. As works of art, all will settle gently into that thin spectrum of aesthetic quality bounded by “okay” on the low end and “pretty good” on the high.

The film opens in working-class Macclesfield, England, where Curtis—then just your average Bowie-worshipping, pill-popping teenager—joins a Sex Pistols–esque band called Warsaw. Roused by Curtis’s chilly baritone, the band changes its name and, with the help of record producer Martin Hannett, finds its voice: a haunting, bass-driven shiver of a sound emphasizing tone and rhythm over melody. Joy Division cut an album, tour extensively, and become stars in Europe. Curtis quits his clerical day job, gets married, has a kid, suffers from a series of epileptic fits, and stumbles into an affair with a Belgian journalist. Trapped in a love triangle, beholden to a family he seems to regret having ever started, and tormented by the looming threat of another seizure, Curtis loses control. On the eve of Joy Division’s first trip to America in 1980, Curtis, depressed and sick and only twenty-three years old, hangs himself.

Rock-star photographer Anton Corbijn directed Control, applying to the film the same grainy, deeply textured tarnish he uses in his celebrated black-and-white portraits. It’s his first feature-length film (after several dozen music videos, including Nirvana’s “Heart-Shaped Box”), and it’s impressive: Control’s understated visual bleakness aptly complements both Joy Division’s music and Curtis’s sad, short life. The film’s boldly static camerawork seems a logical extension of Corbijn’s photography background, and it creates a dramatic tension with Joy Division’s rapid rise to fame. And a few of Corbijn’s shots subtly carry the narrative without gobbing you in the face about it. There’s a scene in which Sam Riley, the actor who portrays Curtis, is filmed from the p.o.v. of his crib-bound infant daughter. Curtis appears as though literally behind bars, a visual touch that underscores his feeling of captivity within a wife-and-kids constraint he was too immature to appreciate.

So Control has a striking look and great music. (Although inevitably overrated in the years following Curtis’s death, Joy Division were a solid band, at least as good as the Buzzcocks.) The acting is fine, especially Samantha Morton as Curtis’s wife Deborah and Toby Kebbell as Joy Division’s comic-relief manager Rob Gretton. As far as biopics go, Control ranks on the high end.

But—and I know it’s gauche and philistine of me to put it like this, but fuck it—what’s the point of biopics? More specifically, what’s the point of rock-star biopics such as Control, or Ray, or Walk the Line, or any of the dozen or so films set to be released within the next couple years? The biopic is perhaps the single most pro forma movie genre out there: It doesn’t aim to upend preconceptions, or challenge prejudices; if anything, the goal of biopics is to formulaically dramatize conventional wisdom in the most entertaining way possible. That’s an incredibly limited artistic proposal—indeed, biopics are closer to an average “Behind the Music” special than they are actual film art. So why do we watch them, and why do they keep getting made?

There are several conclusions to be drawn from the profusion of rock-star biopics, none of them particularly flattering to modern audiences. For one thing, watching biopics is a comfortable experience. Presumably, if you’re going to see a biopic, you are intimate with the subject’s art, and probably the general details of his or her life story as well. (Such information is especially hard to avoid now, since it’s always just a click away.) The experience of watching biopics, then, is merely an exercise in anticipating already-familiar plot points: Biopics are enjoyable for the exact same reasons that good movies improve upon second viewing. A fair amount of Control’s pleasure, for example, is found in seeing just how Corbijn will stylize moments that you know are coming, such as Joy Division’s formation, or their first gig, or even Curtis’s suicide.

In other words, biopics are always accessed plot-first. It’s a movie-making strategy that precludes artistic greatness, but biopics don’t try to be great. Indeed, most present themselves as literal biography, a chance to learn about a life. Even if you think you already know a great deal about a biopic’s subject, the nature of film drama (in theory, anyway) teases out emotional subtleties that mere facts could never accurately convey. Thus, some minor narrative sins—glossing over facts, creating composite characters, inelegantly hammering crucial information into the plot—are necessary, healthy functions of the biopic-making process, even if they invariably result in stilted-beyond-belief dialogue. (Take this gem, uttered by the Ahmet Ertegun character in Ray: “We think you’re onto something very big here. Nobody’s ever combined R&B and gospel before. ‘I’ve Got a Woman’ is a smash, and you’ve gotta think about a follow up, my friend.”)

But many films fail as biography by simply getting the facts wrong, in big, important ways. Billie Holiday’s husband, Louis McKay, was, by all accounts, an abusive dickhole, but in Lady Sings the Blues he is the picture of stoic companionship. (McKay, coincidentally, worked on the film in an advisory capacity.) Ray, meanwhile, implies that after kicking heroin, Charles settled down, tempering his womanizing and self-destructive ways. In reality—as noted by David Ritz, the co-author of Ray Charles’s 1978 autobiography Brother Ray—Charles continued to consume heroic quantities of gin and pot until the day he died, and wound up divorcing his first wife, mostly because of his frequent affairs. Ray’s arrant sentimentalization, Ritz later wrote, “trivializes the compelling complexity of [Charles’s] character.”

Sentimentalization aside, biopics always feature a famous person in dire straits, which is another reason audiences like them so much. “People are prurient,” Louis Menand wrote in a recent New Yorker piece about biographies, “and they like to lap up the gossip. People also enjoy judging other people’s lives. They enjoy it excessively.” No kidding. We especially like watching famous people fail. Conveniently, rock stars are perfect fits for the biopic template: humble roots, rise to fame, plentiful drugs, catastrophic descent. For whatever reason, schadenfreude seems to go great with popcorn; we get a giddy little thrill out of watching the bozo Dionysus himself, Jim Morrison, turn the second half of The Doors into one long, boozy stumble from grace. At this rate, we can look forward to the Britney Spears biopic, Not Yet a Woman, sometime around 2025.

All that said, however, biopics tend to be put together exceedingly professionally. As pure entertainment, they nearly always come through. Control, for example, is a well-produced, entertaining movie. It generates its share of predictable pleasures, and a few less-predictable ones, too. But, as I left the theater after seeing it, I could only shrug when asked whether I liked it. “It’s a biopic,” I said.

While so many modern horror films rely on scares in the form of grotesque violence—the fear residing less in the audiovisual construction of the scene and more in the idea of torture, dismemberment, impending death—James puts her faith in the unexplained crinkle of a plastic dry-cleaning bag hanging in a closet.

James Prosek's love affair with trout fishing at age nine has turned into a life-long obsession with the natural world. After consulting with biologists about trout species at age 11, he realized that there was a profound mismatch between the way scientists classified trout and the way trout actually appeared in nature.

Years later, when Gen was keen to get back into art and exhibiting I gave he/r and Lady Jaye an exhibition at my gallery A22, in Clerkenwell, London, with old and new work including the BREYER P-ORRIDGE collaboration.