Much like the girls it chronicles, seven episodes in, Gossip Girl continues to hold promise, teasingly. The CW television series—closely based upon the young adult novels created by Cecily von Ziegler—was promoted for teenagers but positioned to be a guilty pleasure for an older demographic. It’s narrated by an unseen Kristen Bell (Veronica Mars), and her in-the-know voice-overs evoke Bell’s narration of the recently cancelled, well-regarded Mars. On Mars, Bell played a class-warrior teenage detective who managed to bring vengeance on the rich and mercy for the poor while charming everyone (in the show and the audience) who ever wanted to be too smart for their own good. 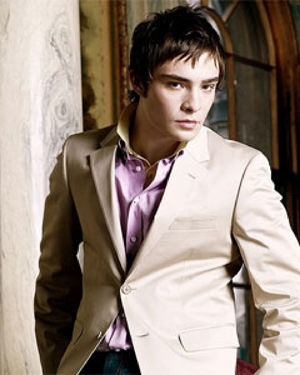 Gossip Girl’s omnipotent narrator strives to be a more accessible version of Mars, wherein Bell continues to expound on the lawless wild of privilege, but now examining it in a vacuum, safe from both the law, and Pretty in Pink-type noble poverty. The Gossip Girl pilot attempted to manufacture class war, but the conceit rang so false it almost doomed the series. The richest boy on the whole Upper East Side picks a fight with the coolest boy in all of Brooklyn as they ride the city bus together to their elite private school. The mother fucking bus. Neither the legacies nor the scholarship students would be ambling up Madison Avenue with middle management. The stank of mediocrity would taint them both.

This sort of misstep, however, is common as series’ find their footing, and Gossip Girl retains a strong premise. Gossip Girl explores the families rooted in Manhattan in a new way. Seinfeld, Friends, and even Sex in the City were about transplants (some pulling up roots only from Long Island, but non-native species nonetheless). The characters all mustered their admirable aspects from the notion that they earned entree into the city. However, the world the adults from most New York stories aspired to and achieved in remains but a playground that Gossip Girls’ privileged kids have pretty much outgrown. At a slumber party, the girls sneak out to play truth or dare at a club much of the city is dying to get into. Gossip Girl shows how much these kids envy people who are desperate to cross the velvet rope. Everyone has, at best, mixed feelings towards their hometown, and if you can’t dream of moving to New York, what’s left? An extended Breakfast At Tiffany’s homage shows the most beautiful girls at the most elite school in New York struggling to see the city through the eyes of someone for whom NY holds possibility.

Bleak as their world plays to them, these teens have an unshakeable compulsion to defend their rarified ecosystem. The galaxy of Gossip Girl is fragile to attacks from within, and the characters are continually attentive to the social hierarchy that keeps it stable. Parsing these fine distinctions is what Gossip Girl does with the most verve. The show asserts in every storyline, every backdrop, every interchange, that the differences between the rich and the super rich are as telling as the differences between the rich and the poor. And that privilege extends sufficiently, that if the perpetrators are rich enough, rapists will be laughed off as rakes.

The immorality of Gossip Girl is, at this point in the season, bottomless. The girls are all nymphettes who compete with their parents when they’re not being pimped out (literally) by them. It’s no insight to allow that the adults are as childish as their spawn, but their parallel desires don’t reflect arrested development so much as assert that getting older offers only the certainty of growing less attractive and less radiant. A perfectly turned out socialite still wants to slum with the same artsy Brooklynite she slummed with a generation ago, and her daughter wants to slum with his son. Both the son and the father are pleased to defile these princesses, and even more pleased to secretly feel superior. The parallels give a sort of timelessness to the series, and indeed this is a mythological New York, untouched by 9/11 or anything else that happened since Truman Capote’s Black and White Ball.

This perhaps is why the TV show can’t live up to the books. More than an inane yet engrossing series of epistolary novels, the books captured a moment of profound social change. High school has always been its own universe, but the internet turned it into its own nation. The students in the Gossip Girl books have come together in a new way via a shared readership of a daily news source, à la Benedict Anderson (Imagined Communities). But the revolutionary feeling of the blog entries in the books doesn’t translate to narration. XOXO is even dumber when spoken than when written. Even though the serial soap opera is perfect in Gossip Girl, the cruelty happens somewhere the TV can’t capture.

Vida Americana and the Promise of “America”

Vida Americana attempts to reorient art history by exploring how Mexican muralists, through their travels in the United States, influenced artists working in the US.

Among music’s many other powers is the ability to cross boundaries and make intuitive connections between cultures. In the recognition of that is our own godlike feeling, the ability to travel over the earth, to fly free and to apprehend.