An Interview with Charles Burnett

Busy traveling to screenings of Killer of Sheep across the country, Charles Burnett took the time to answer a few questions about the film and his evolution as a director. 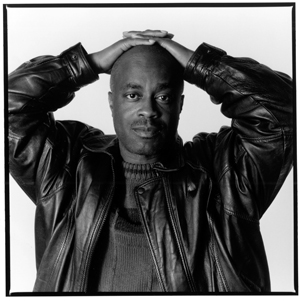 Lipinski (Rail): You reportedly said that until the mid-seventies you felt you’d never seen a black person depicted as a human being onscreen, and that it was during this period you first encountered the work of the Senegalese director Senbene Ousmane. How did you feel black people were being portrayed up until that time, and what was it about Ousmane’s films that inspired you?

Burnett: I may have been misquoted. I think I was referring to being impressed by Jean Renoir’s The Southerner. I was also impressed with James Agee’s film The Quiet One [directed by Sidney Meyers]. Robert Young did Nothing but a Man. There are other examples. Sidney Poitier, Davis Roberts, and many other actors were very credible. There were a lot of background players who managed to call attention to their presence. The mold was set by The Birth of a Nation as far as how to depict black characters, but there were always exceptions. Senbene Ousmane’s films were an eye-opener. His characters were complex and dealing with critical issues. His stories are relevant. One can go on about his films’ universal appeal, though they are about a particular people and place.

Rail: What were your opinions of the blaxploitation films? Or the roles Sidney Poitier played during the sixties?

Burnett: I’m not a fan of blaxploitation films. It was great to see black faces on the screen, but for me, there should have been more relevant stories. The time was about civil rights. We were reflecting on history. There could have been stories about real people, important people, that could have inspired others to form a better society and contribute to the community. Sidney Poitier was the saving grace. If the general public understood what an actor of color had and has to put up with, the public would really appreciate their tolerance and talent. Sidney never did a film that was embarrassing. A person could go to the theater and come out feeling good about her- or himself.

Rail: The majority of the actors and crew members in Killer of Sheep were from Watts. Did you know many of them before you began filming? Did the same hold true for the actors and crew in My Brother’s Wedding, or was that film made with a more professional cast?

Burnett: In Killer of Sheep I started with a film crew from UCLA, but the schedule of the shooting was frustrating to them because the actors would show up when they happened to think about it. A lot of shoots were canceled, which frustrated the UCLA crew. So to make things easier, it became me and Charles Bracy mostly, and the kids in the community became the crew. Part of making the film was to demystify filmmaking. The crew on My Brother’s Wedding were friends, some of whom I’d met at UCLA. The actors in Killer Of Sheep were mostly friends from the community, and some were people that I’d used from an earlier film. Charles Bracy and Gene Cherry were friends that I used in Several Friends [a short from 1969]. Henry G. Sanders was the actor who had the most experience. Kaycee Moore had just started taking acting lessons. My Brother’s Wedding had a few more experienced actors.

Rail: There are a couple interpretations of the phrase “killer of sheep.” What did this title mean to you, or how did you come up with it? Had you or anyone you know worked in a slaughterhouse?

Burnett: I met a young man who was about my age and who worked at a slaughterhouse. He told me how he killed animals. I couldn’t imagine anyone doing that kind of job day in and day out. When I was looking for a job for the main character that would produce alienation and desensitize him, I thought of the slaughterhouse worker. The notion of the title comes from his job. The title is ambiguous. It could mean simply a worker in a slaughterhouse, though one can make what one wants of it.

Rail: Could you talk a little bit about the state of mind at UCLA in the late seventies?

Burnett: During the sixties to the late seventies, there was a progressive atmosphere in inner cities and on college campuses. At UCLA, the film department was great. It was a place where you were strongly encouraged to express your individuality. There were no set rules for how to approach film. In the end, if it worked, that was that what mattered. You learned mostly from working on other student projects, and most of the time one always felt that one was in opposition to the teachers. There was a group of students who constantly
argued with instructors in a public forum. There was a sense that the students ran things. We really did think the inmates were running the asylum. I’m sure in reality that wasn’t the case, but it felt like it.

Rail: What kind of advice would you give to a young independent filmmaker?

Burnett: I would tell a filmmaker today to have something to keep them going and to fall back on. Some will make Hollywood films and some won’t be able to get in. However, you can always make films on a certain level. The main thing is that having a family and trying to put kids in school, pay insurance, and have a house or apartment will be a challenge. You better have support.You should make as many connections as possible. Learn how to network. Learn how to pitch a story and learn how to find a story in a lot of bad material.

Rail: What films or directors have you particularly enjoyed or admired over the last ten years or so?

Burnett: This is hard question for me, as I’ve been struggling since I got into film and haven’t had much time to go to the movies. When I do go, I don’t usually go to see the film but to see how it was done. For me, anyone who finishes a film I take my hat off to. When an audience sees a finished film, it doesn’t know the wars fought by the director to make his or her picture. There’s a quote I once heard on “Democracy Now”: “It is not a question of whether the art is good or not, but what is it good for.” For me it’s a question of what the artist is saying.

By Laura Valenza and Edward Mendez

Our goal is to raise awareness of movies on film in need of preservation, of indie or experimental films that don't get the attention they deserve, and even of bigger productions that were cast aside for unjust political reasons. With advice from our contributors, the film editors present you with our winter 2022 list of the greatest films you’ll never see.

In her debut solo show at Greene Naftali, Steffani Jemison presents a small retrospective survey that details a critical engagement with art history, popular visual culture, and the challenges of Black American experience.

Created a decade ago, the title of Ralph Lemon’s How Can You Stay in the House All Day And Not Go Anywhere?, could not feel timelier as one watches from the confines of quarantine. The collage of disparate elements—the history of the American South, the films of Yasujiro Ozu, the death of both Lemon's partner and a close collaborator—come together in a meditation on the gravity and transience of human life.

Jia Zhangke’s signature blend of slice-of-life portraiture, documentary realism, and understated surrealism offers a salve to cinemagoers made weary by the revanchist Cold War nationalism taking hold over the US press and ruling class. In anticipation of his new film, three of Jia’s narrative features warrant revisiting for their remarkable ability to transform sites of globalization into humanistic meditations on alienation and exploitation.