Xu Bing is one of the most important expatriate Chinese avant-garde artists. Winner of a 1999 MacArthur (“genius”) Fellowship for A Book From athe Sky, which consisted of thousands of characters from an invented language printed on scrolls from hand-carved woodblocks, in 2003 he was awarded the Fukuoka Asian Culture and in 2004, he received the first Wales International Visual Art Prize, Artes Mundi, for Where Does the Dust Collect Itself, an installation incorporating dust collected from Ground Zero. 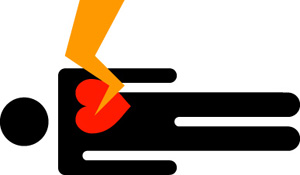 Ellen Pearlman: In a recent trip to China I observed many young people are having an identity crisis, grappling with modernism, tradition and economics. Artists are using language and calligraphic characters to help discover their specific Chinese identity.

Rail: How old were you during the Cultural Revolution. Were you able to make art during that time, or did you have to do it secretly?

Xu: I grew up around Peking University and the Cultural Revolution started there from when I was 12 to 22. I did a lot of propaganda art and calligraphy during that time.

Rail: You have said the Cultural Revolution broke conceptual mind, meaning nothing was the way it was supposed to be and no one was allowed to be who they had been before. Everyone’s concepts about what was essential broke down. If you were an important party member or an important professor during the Cultural Revolution, you then became a bad person. Many people who were affiliated with the university were later exiled, including you.

Xu: Yes, and my father. The Cultural Revolution in my family was a really bad experience, really tough. You don’t have a choice. Now everything is passed. We need to look back and to rethink it, to find some valuable things and use them. You can’t forget them. If you forget them you have nothing.

Rail: What did you find valuable?

Xu: The people’s simple, easy writing and speaking style which came from Mao Tse Tung. Mao’s writing is simple. He wanted every person, even a laborer to understand it. He was against the traditional elaborate style. We learned from Mao because every day we read his book and only his book. Mao actually had a lot of avant-garde ideas.

Xu: Of course. Compare contemporary art in mainland China with Taiwan and Hong Kong. Their artists are more traditional.

Rail: I want to return to your work on universal signs.

Xu: I think it has a big future. Human beings and the global village really need it. We use an old language and writing system that doesn’t really work anymore. Today’s life is totally different, but we still use the same old language.

Rail: I see you trying to get back to a time in life when children learn to make words and concepts gel into language.

Xu: Yes. My work deals with in between the concept, the borderline of the concept. I like if something is really blurred even though my work comes from traditional culture and ancient philosophy.

Rail: Can you talk about that?

Xu: For example, my new international icon language comes from pictograph language. Everybody sees the icon or sign at the airport or in a bathroom.

Rail: On your website you had your name written in English calligraphic characters and it was beautiful. For the first time I saw how Chinese people structure their world through an architectural understanding of language. Our English language is so numeric.

Xu: I turned a gallery into a classroom. I had a chalkboard, a TV, an education program, diagrams, and people wrote English calligraphy. At first glance it looked Chinese, but it was English. To Chinese people it looked familiar but if they didn’t know how to read English they couldn’t understand it.

Xu: When I was first in New York City my roommate was Ai Wei Wei. We listened to a videotape of Joseph Beuys giving a seminar about contemporary art to Cooper Union students. During the same period he gave that seminar I was in the countryside in China doing farm labor. But now I do contemporary art in New York. Beuys and I come from really different backgrounds but we are from the same generation of artists.

Rail: Did any Chinese protest when you said that?

Rail: What I saw in the Beijing art world was a tremendous amount of artists copying each other and copying anything that sold.

Xu: That belongs to the commercial world.

Rail: But doesn’t the commercial world belong to pop?

Xu: No. Real pop art is not equal with commercial art. The art market and commercial art are totally different. Andy Warhol is the greatest artist. He is a real thinker.

Rail: Why does everyone feel compelled now in China to paint portraits of Mao Tse Tung and the Red Guard, especially when most of the painters are too young to have experienced that time?

Xu: There are two reasons. One is they think it is really easy to sell these pictures to Western people. The other is the artists have had a really special experience and want to talk about it.

Rail: Your own work seems to go back to the origins of symbolic expression.

Xu: My work has different layers. On the surface it looks really ancient because I learned a lot from ancient Chinese tradition and Asian philosophy. The other tradition is socialism and Mao’s culture. Both really helped me and are good cultural nutrition for my art.

Rail: Can you talk about the ancient tradition?

X; Chinese people have a really strong personality and Buddhist style. It comes from the blood and the family, even if it broke temporarily during the Cultural Revolution. It is apparent in our eating style, our routine life, and even my mom’s speech. Zen Buddhism is important for Chinese people. I think any master is a Zen master such as Andy Warhol or Marcel Duchamp. It doesn’t matter if they read Zen from a book. In their own way they understand that level of thinking. Also the Cultural Revolution made us rethink culture.

Rail: You say the Cultural Revolution gave you a lot. How?

Xu: I think about the relationship of contemporary art between normal people and the art system. There is a really big gap. That bothers me. I still have a strong Maoist art philosophy that art should derive from routine life and should serve the people. I think that is a good idea. But contemporary art in China and its relationship with normal people is really a problem.

Rail: In China I have seen a lot of figurative art, a lot of ethnic minorities, beautiful women with sheepskins over their shoulders gazing into the hills. It is what we would call kitsch art, and it sells really well.

Xu: The Chinese public are just starting to buy art. They think, oh, this art is really popular today and must be very valuable, I should buy it.

Rail: There is a huge gap between pure abstraction and figurative representation in Chinese art education.

Xu: Art education in China is pretty conservative. They have lots of problems. But western art education has a different kind of conservatism.

Xu: A lot of young artists come from art school and understand what kinds of materials are popular, how to do installation art and how to talk and explain their art. They are trained by their professors and they want to enter the modern art system but they don’t really understand it. If you want to become a really good artist, you must distance yourself from the contemporary art system.

Rail: Are there any works that excite you?

Xu: Yes, some interesting performances outside the art world. I know one young person who is living in his home, and he orders everything on line for his ordinary life. This started happening in 1998. The artist Tehching Hsieh did this a long time ago. He also lived inside the cage for a year and he used a big rope binding himself with another artist, Linda Montano. Hsieh and I are close friends.

Rail: Oh that is a very famous performance.

Xu: Young people say performance belongs to art but in today’s art world performance is so boring. They do strange things in front of people. Tehching Hsieh tested human life and the future. It was simple, and consisted of a strong concept.

Rail: Where you think the Chinese art world is going, and do you still consider yourself part of it?

Xu: I think it will go very well. Americans don’t really understand Chinese culture, but Chinese people pay attention to American culture. Lots of Asian people have two trends to compare. The future will show how important it is. My native language, my mother tongue and basic education is in China. I live in America and am involved in international art activities, but my main thinking is Chinese. I compare different cultures and live between different cultures.

Rail: The kind of work you are doing is very necessary for younger people to see. Can you go back to China and teach or is it too sensitive?

Xu: No, it is not sensitive; it is open and free. I was invited many times but I was too busy.

Rail: It seems infrastructure development in China is proceeding faster than conceptual development.

Xu: Yes, you are right. It just needs time. We have many galleries and museum spaces, but we don’t have good art to put into it. Money is easy to get and buildings are easy to build. Conceptual development is much more difficult than commercial development.

Ali Banisadr: These Specks of Dust

In taking bits from across time and genre and processing them through his own synesthetic technique, Banisadr ultimately shucks convention, rendering paintings that are entirely new. It is a deeply intuitive process.

Loy’s poetry is deftly woven across this biography, both to present life experiences in her own words, as well as highlight her extraordinary ability to turn language into insight.