The New York songstress is not so easily defined. Breaking out of genres, blending formerly opposing sounds, she absorbs everything around her to invent a style that is completely distinct and as vast as the city itself.

There are likely many women today who could be christened the new New York songstress, but I would like to argue that two young New York singer- songwriters, Nellie McKay and Regina Spektor, are nearly perfect examples of the type, thanks to their
informed mix of experimentation and tradition, their musicality combined with their smart popular culture knowledge, and their seamless blending of genres to create their very own distinct take on the venerable
tradition. Unlike Norah Jones, neither could possibly draw comparisons to Billie Holiday—arguably the
ultimate New York songstress—but that’s exactly the point: Comparisons just won’t do for these ladies. 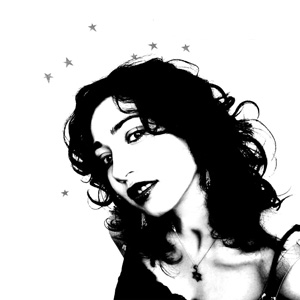 Oddly, the most likely of comparisons for McKay and Spektor are two contemporaries who hail from England: the smart-mouthed, neo-soul singer Amy Winehouse and the cheeky, genre-jumping Lily Allen, whose Alright, Still was a top critic’s pick for 2006 and is still selling strong a year after its release. However, neither Winehouse nor Allen plays an instrument—they are both singers with backing bands.

What drew me to Regina Spektor was the way she fused her classical training with cabaret, pop, jazz, punk, folk, and a bit of hip-hop. A Russian Jewish emigré, she moved to the Bronx with her family when she was nine to escape religious persecution. Though she is a pianist and singer, she transcends the singer-songwriter label. Trained by Sonia Vargas, a professor at the Manhattan School of Music, she also finished a four-year composition program at SUNY Purchase and later performed as part of the antifolk scene at the Sidewalk Cafe in the East Village. Soon she was playing small clubs throughout Manhattan, including the now
defunct Tonic, Fez and CB’s Gallery.

I first heard Spektor in 2004 when I purchased Soviet Kitsch, her fourth full-length album and the first to be released on a “real” record label. I was mesmerized by her fusion of sounds and her distinct vocal stylings: At times she was a voluptuous cabaret singer à la Edith Piaf; then she would go into a lyrical, sing-songy almost-rap, and then beat-box-vocalize above a melodic piano refrain. Just when she began to sound like another singer-songwriter on the piano she would throw in a gutteral growl followed by a groan and then a full-forged “Ugh!” Not only did she use her voice as a percussion instrument, she also stomped her feet and played the surface of the piano with drumsticks.

Around the same time, I discovered Nellie McKay through her debut album Get Away From Me, titled as a sardonic response to Norah Jones’ Come Away With Me. Another emigrant to New York, McKay was born in London, but moved here with her mother when she was only two. Although she spent much of her high school years in the Poconos, she eventually ended up back in the city and did a brief stint at the Manhattan School of Music before deciding that studying music academically wasn’t for her. Instead she started a stand-up comedy routine and soon began performing music at the same venues as Spektor, including the Sidewalk Cafe. Her break came when she opened for the Trachtenburg Family Slideshow Players at Tonic and a music critic from Time Out New York wrote a feature on her performance.

McKay’s fusion of sounds is similar to Spektor’s, but is more strongly influenced by hip-hop: She has been described as a mix between Doris Day and Eminem. Brash lyrically, she threatens that “If you don’t sit close, I’ll slit your throat.” Like Spektor, she has an affinity for shouting made-up words, including “hcabnesie, hcabnesie,” which are the first two utterances on Get Away From Me. Less cabaret and more Broadway-musical and lounge act, McKay blends sing-songy sweetness with charged, in-your-face spoken-word rhythm. Some of her best songs begin as Rogers and Hammerstein–esque sing-along pieces and end in a
dizzying delirium.

However many similarities McKay and Spektor have, the two songstresses are utterly different. Spektor’s piano poundings are informed by the Romantics, while McKay’s vocal stylings borrow more from Eminem. But their essence, which seems to draw heavily on life in New York, is very much the same. Their combination of street smarts, raw emotion, musicality, and fusions of sounds emulates the city itself.

These new New York songstresses owe as much to CBGB and Debbie Harry as to the Apollo Theater and Ella Fitzgerald. But like all legendary New York songstresses, they also bear an immense debt to small nightclubs like Tonic, the experimental music venue on the Lower East Side that shut its doors for good in April. Both McKay and Spektor played early shows at the venue, which was known for nurturing the kinds of local musicians who defy stylistic labels. The club’s focus on the music rather than the bottom line ultimately cost them dearly, though, thanks to the relentless forces of gentrification. Now, venues of this type have become a dying breed in Manhattan.

Increasingly, my New York neighborhood, Greenpoint, has become a music-venue mecca, with old Polish social clubs turning into indie hotspots. The first of this sort was Warsaw, where Regina Spektor has performed; the über-hipster Studio B is a more recent addition to the scene. Promoters pitch their tents in far-flung venues like Uncle Paulie’s, which is literally a shack that serves lunch to construction workers during the day and turns into a beer-serving hipster haunt at night. Then there’s McCarren Pool, the cavernous WPA-built and now empty swimming pool that was last summer’s surprise hit venue. These locales cater to artists already very much on the indie radar. But Greenpoint is getting expensive, with Manhattanesque condos, boutiques, bars, and coffee shops sprouting left and right in the fewer than three years I’ve called the neighborhood home. I’m not sure how much longer I can afford to stay here; is it just a matter of time until the neighborhood’s small, independent music venues begin to get squeezed out? Regina Spektor and Nellie McKay can now play much larger venues (like Town Hall) and perform on the
David Letterman show. Spektor’s songs can even be heard on the television sitcom Grey’s Anatomy. McKay has enjoyed somewhat less popularity, but still enough to garner much attention on NPR and appear at Austin’s SXSW. She broke with her record label, Columbia
Records, when they refused to release the longer version of her second album, Pretty Little Head. She ended up forming her own label to release the full twenty-three songs, which feature guest appearances from k. d. lang and Cyndi Lauper. Spektor’s Begin To Hope sees a more polished songstress, due partially to the production work of David Kahne, who has worked with Paul McCartney and many other pop legends.

I want to hear the next generation of New York songstresses, but I’m not exactly sure where I might find them. There are still venues in Manhattan that seek out musicians like McKay and Spektor, and the Sidewalk Cafe is still open, but there is no one neighborhood that can currently call itself home to New York’s avant-garde music community. What is certain is that the legendary Downtown music and art scene is little more than a skeleton today, and other neighborhoods may be cautious about proclaiming themselves the new nexus—as soon as the realtors catch on to where the artists and musicians and bohemians are moving they inevitably start to raise the rents. For every club that closes another opens up, but at the speed of development the lifespans of experimental clubs that will take chances on the next New York songstress are limited.

There are probably countless up-and-coming new New York songstresses, though—like Christina Courtin, who performs with her band as Christina Courtin’s Running Kicks at places like Mo Pitkin’s House of Satisfaction on Avenue A, not far from where CBGB once stood. Courtin, like Spektor and McKay, studied music formally; she performed on violin at Julliard. Her style is a bit more Norah Jones and less radical than
either Spektor or McKay. Formed in 2004, Courtin’s band now sells out shows at Joe’s Pub and Pianos. Her first EP, self-titled, was released in 2006. 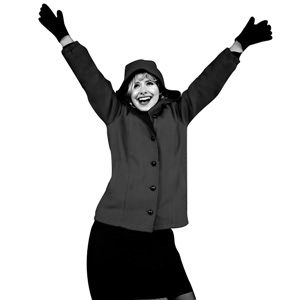 And perhaps there is a new New York songstress performing the loft-show circuit in Bushwick that I haven’t heard of yet because I’m just not that in-the-know, which is exactly why performance spaces like Tonic remain so important—they are bases where experimentation can flourish yet not so obscure that they can’t be found unless you have a friend of a friend of a friend who knows someone in the band.

Chitra Ganesh: A city will share her secrets if you know how to ask