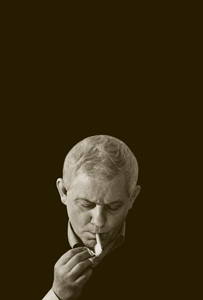 Until this year, Zbigniew Herbert was hardly known, if at all, by English-speaking readers. An excellent selection of his Selected Poems, translated by Czeslaw Milosz and Peter Dale Scott in 1968 and reprinted in 1986, was almost impossible to find. We can be grateful that Ecco Press has brought out a long-overdue edition of Herbert’s Collected Poems, which include the Milosz-Scott translations with new translations by Alissa Valles. Herbert, who won the T.S. Eliot Prize in 1995, is a titan of not only Polish poetry, but of twentieth-century European poetry. His celebrated alter ego, Mr. Cogito, ranks as the one of the most original characters in modern poetry. Mr Cogito first appeared in 1974 and Herbert added poems by or about him in every book until his last in 1998.

Herbert lived through the Nazi occupation of 1941 and the Soviet occupations of 1939 and 1944 and was an active member of Poland’s underground resistance. Decades later, after marshal law was declared in Poland in 1981, Herbert supported the underground opposition to communism and was an important figure in the Solidarity movement. His poems are political, but only indirectly so. There are no place names, no naming of tragic events or villains. There is only a nearly constant call to compassion:

in order to revive the dead
and maintain the covenant

it runs with great precision
from suffering to suffering

If Herbert is a political poet, he’s political in the way Don Quixote is political. He doesn’t make us more aware. He makes us more human. Herbert himself recognizes Mr. Cogito might be a progeny of Don Quixote when Mr. Cogito reflects on his own two legs and calls the left one “Sancho Panza” and the right one “the wandering knight.”

The voice is romantic and stoic, an unlikely combination, and despite the horrors of the Nazi fascism and Soviet totalitarianism witnessed by his creator, Mr. Cogito stubbornly—and faithfully—celebrates life. In “Prayer of the Traveler Mr. Cogito,” the quixotic Mr. Cogito prays, “I thank you Lord for creating the world beautiful and various and if this is Your seduction I am seduced for good and past all forgiveness.”

Mr. Cogito thinks of blood and hell and redemption and torture and never loses his sense of urgency or his sense of humor. I will end this homage to Herbert and his magnificent alter ego by quoting “The Envoy of Mr. Cogito” as, quite frankly, Mr. Cogito should have the last word:

beware however of overweening pride
examine your fool’s face in the mirror
repeat: I was called—was there no one better
than I

the light on the wall the splendor of the sky
they do not need your warm breath
they are there to say: no one will console you

JAMES O'CONNOR is a poet, playwright, and translator from Brooklyn, New York. He is the editor and translator of Against Heaven, the Selected Poems of Dulce Maria Loynaz.

A friend recently handed me a bumper sticker that reads WHO NEEDS POETRY. A question in the form of a statement.