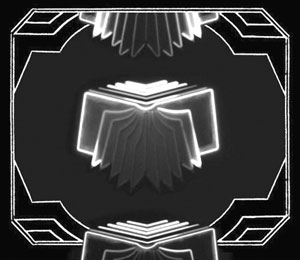 It’s a drag when the band you’ve been aching to see gets booked into an antiseptic venue that’s sullied by glaring advertisements, metal detectors, incongruous pre-show muzak, and corporate naming rights that obstruct the view. Sometimes it’s beyond the band’s control: They like it even less than we do, and grumble about the intrusions from the stage. On other, more disheartening occasions, we discover that our “cutting edge” band sees a venue as just another place to recoup its label advance and hawk the new record and T-shirts; they don’t see any dilemma as long as the place fills up. Or maybe they’re too lazy or indifferent to do their homework or have their handlers do it for them. Well, the Arcade Fire seems to leave little to chance, and their recent gigs at the United Palace Theatre made that point clearly.

Only a few weeks into its new life as an uptown rock venue, the cavernously ornate home to the Reverend Ike’s ministry in Washington Heights is not exactly a sterile corporate rock arena. It was an ideal setting to air out the material from the Arcade Fire’s sophomore release, Neon Bible, which was partially recorded in an actual church outside of Montreal. The band reveled in this happy coincidence. Songs like “My Body Is a Cage,” performed with singer Winn Butler looming above the stage on pipe organ and bathed in red light, took on a theatrical quality that was underscored by the copious chandeliers and wall sconces adorning the 1930s movie theatre–turned–church. The thunderous sledgehammer of sound toward the end of the song made it feel as if a ten-piece band had loudly jettisoned the phantom into the wings of the opera.

The strength of the Arcade Fire sound lies in the ensemble’s size, its ten multi-instrumentalist members chugging away simultaneously. As best exemplified on songs like the gothic, E Street Band–esque “Antichrist Television Blues” and the Celtic flavored “No Cars Go,” a group of people that large passionately banging away at their instruments in earnest can make a big, big sound in a big old theatre in a forgotten section of town. Everything but the Jew’s harp found its way onto the stage of the United Palace, and no matter how odd the instrumentation seemed (a hurdy-gurdy, a motorcycle helmet as percussive device) it worked because of the bottomless energy of the band members. Instead of standing idly by when it wasn’t their turn, they simply grabbed an electric drum or shouted through a bullhorn to add to the voltage.

We like a little drama with our rock concerts, as long as it doesn’t become a substitute for the music itself. The Arcade Fire used subtle but compelling light and film effects to create a spooky sort of vibe. During the show, live images of the band in motion were projected onto a giant screen, giving them an animated appearance, as in the Richard Linklater movie Waking Life. Before they entered the stage, from one of the dozen round movie screens on poles that stood guard throughout the sprawling space, a female televangelist exhorted the crowd with a zealous sermon. It was one of those dark-side-of-religion moments that can be both disturbing and amusing. At the film’s frenzied climax, the Arcade Fire rushed out with instruments in hand and launched into a raucous version of “Keep the Car Running.” And the crowd, as they say, went wild.

Despite writing songs about outside forces seeking control of one’s destiny, this band of critics’ ultra-darlings from Montreal maintain a hands-on approach to the business of being a recording and touring outfit. From rebuffing major label seduction and sticking with the North Carolina–based Merge Records (Spoon, Neutral Milk Hotel, Magnetic Fields) to turning up in the most unlikely of venues (they played five very sold-out shows at the Judson Memorial Church in Greenwich Village, of all places, in February), this is a band with a vision. Combined with a sincerely passionate approach to recording and especially performing, it’s this kind of professional ethic that ignites fervor in their audience. In town to headline a night for David Bowie’s High Line Festival at Radio City Music Hall (speaking of great rooms with character) they gave their loyal following another adventure on 175th St.

After inciting a rollicking stage invasion, where several hundred fans rushed up to join the band during the encore tune, “Wake Up,” the sweat-drenched Arcade Fire pounded out the end of the set in passionate lockstep. Singer Winn Butler, looking like a soaking-wet Henry Fonda circa Grapes of Wrath, leapt down off the stage, walked over a dozen rows of seats, and the theatre up the center aisle and out to the street. In the afterglow of another fiery performance, the crowd followed.

Turato’s art is difficult to classify. In advertisements the words often supplement an image. You see a glamorous model and learn who designed their clothes. Or you view a car and read the manufacturer’s name. But what is Turato advertising?

Joan Didion: What She Means

How does one paint a picture of an author’s life in visual form? Hilton Als’s latest curatorial project, Joan Didion: What She Means, currently on view at the Hammer Museum, posits an example of what an exhibition as a portrait can be.