In September 2006, Bolivian President Evo Morales went before the United Nations, asking the General Assembly to reverse the UN ban on international trade of coca-products, which has been in place for nearly half a century. Coca is a sacred leaf among Bolivia’s indigenous populations. It is also, coincidentally, the raw material of cocaine. Morales has initiated a plan to find international markets for the controversial leaf that aims to pull Bolivian farmers out of poverty and uplift indigenous culture. Theatrically waving a single coca leaf in front of the assembled statesmen at the UN, Morales stated, “This is the coca leaf, it is green, not white like cocaine.” 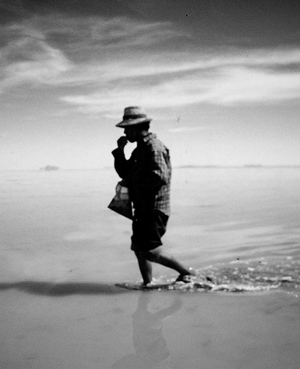 Back in the jungle of the Chapare—one of two prime areas where coca is grown in Bolivia—the bitter scent of masticated coca permeates the air. Jammed into Marina’s left cheek is a wad of coca leaves the size of a robin’s egg. She is squatting on her heels over a vat of boiling soup balanced on a makeshift stove comprised on three large stones and wood soaked in lighter-fluid. Marina speaks quietly in her native Quechua about the last eradication of her coca crop. With eyes averted, she told me, “[The soldiers] came in trucks, about 200 of them. They threw chemicals on our crops and they stole things. They took our food, smashed our pots, and beat me and my daughter. Some women were raped.”

Marina, a 36-year-old cocalera in Bolivia’s tropical Chapare region, has been growing the leaf since she was 12 years old. Like most coca growers, Marina has experienced the brunt of U.S.-funded coca eradications, which are part of the multi-billion dollar “war on drugs” waged in Andean nations. The U.S. annually sinks millions into coca eradication endeavors, perpetuating what many consider to be a losing battle. Although reliable figures are difficult to find, it is estimated that at least $300 million has been spent by the U.S. on eradication attempts in Bolivia over the past few decades. According to Marina, the worst years were under former-dictator-turned-president General Hugo Banzer Suarez from 1997-2001. Forced eradications persisted throughout the early 00s. But now, Marina believes that Morales will revolutionize coca eradication. A former coca grower and son of an illiterate llama herder, Morales has pledged to do just that. As Marina remarked one rainy November afternoon in 2006, “Everything is changing now. Evo is one of us. I knew him well. He used to come visit me on my chaco (small plot), and we would dance. But now that he’s president, he doesn’t come anymore.” 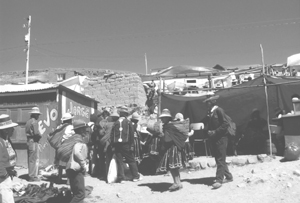 A view from the bus as it descends into the Chapare. Photo by Caitlin Esch

In December, Morales announced his plan to increase the legal production of coca from 30,000 to 50,000 acres by 2010—an idea that Marina vigorously supports, reflecting that the currently allotted cato (1600 square meters) of coca cultivation per family “isn’t enough.” Morales’s plan stands to help thousands of farmers whose sole sustenance comes from coca, as well as to boost Bolivia’s bruised economy. Marina, her two daughters and her grandbaby currently earn $300 every three months, the meager earnings for 80 pounds of coca at current market price.

More can be made from the ancient leaf than coke, blow, snow or lady. Coca products such as tea, soap, ointments, chocolate and liquor already exist in Andean markets. And other creations such as coca pasta, toothpaste, arthritis medication—and even Evo-Cola—have been proposed. La Paz’s annual October coca fair debuts such delicacies. Integral to the Morales Administration’s plan for increased coca production is an increase in legal markets for coca products. Morales speculates that with more legal markets for coca, coca-growers will not be pressured to sell their crop to drug traffickers out of economic necessity, thus injuring the cocaine trade.

Venezuelan President Hugo Chavez pledged in February to buy whatever legal coca products Bolivia produces. Venezuelan officials claim the oil-rich country could potentially fund the production of over 4,000 tons of coca leaves. Three coca-producing factories are already under-construction in the Chapare, not far from Marina’s humble house on stilts. The factories are made possible by the technical support of Cuba and financial contributions from Venezuela. In spring 2006, Bolivia signed the People’s Trade Treaty with Venezuela and Cuba. The pact projects an investment of $1 million to go towards research on coca production in an attempt to stimulate Bolivian-controlled development for the country. The factories could be transforming coca leaves into products like shampoo as early as this summer. 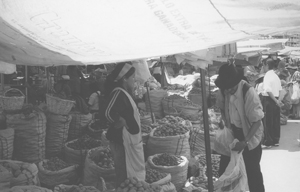 A woman sells potatoes in a typical. Bolivian market. Coca is sold in the same way in sprawling open-air markets. Photo by Caitlin Esch

I’m holding my breath as the bus careens around the corners of the narrow mountain road, in the throes of repavement, as it descends into the jungle. It’s a bumpy ride on the cliff-hugging, un-lined highway that connects the mountain city of Cochabamba to the jungle town of Villa Tunari, one of the Chapare’s main towns.

A thick layer of mist cloaks verdant mountains. Peasant women line the road at drug inspection-stops selling sunbaked snacks out of baskets. Coca-growers can be seen in the distance carrying over-flowing bags of dried green coca leaves on their backs. For many coca growers whose farms lack road access, transporting their crop by foot is their only option.

Marina is one of these farmers. Like her ancestors, Marina chews the leaf to reduce hunger pangs while she works. According to a 1975 Harvard study, coca is a light stimulant that is rich in minerals—such as phosphorus, calcium, iron and vitamin A, and riboflavin—and is responsible for a slew of health benefits. Coca is recommended as the chew of choice for those seeking to alleviate altitude sickness, fatigue, and gastrointestinal ailments. Only trace amounts of the cocaine alkaloid used to produce cocaine exist in the leaf itself, rendering the plant benign.

Indigenous Andean peoples have been using the coca leaf for thousands of years. The earliest coca leaves date back to 2500 B.C.. Saliva-coated coca wads were used by Incan shamans seeking to perform sophisticated surgeries and numb battle wounds. Later, coca was promoted by the Spaniards who realized that indigenous slaves could work longer and harder in the mines of Potosi if they chewed the leaf that fights off hunger and sleep-deprivation. Coca is chewed today by Bolivians and tourists alike who recognize the benefits of the shrub. In fact, Foreign Minister David Choquehuanca suggested the leaf be used in school lunches across Bolivia, allowing Bolivian children regular exposure to the leaf’s nutrients. Coca expert and director of the La Paz Coca Museum, Jorge Hurtado, points out that in the rural high plains of Bolivia, 92% of men and 89% of women are regular coca chewers. He writes, “[Chewing coca] is a powerful symbol of group identity and solidarity….One could say that the coca leaf is the backbone of the cultural structure of the Andean region.” In fact, the coca leaf is so integral to Andean society that it is still used as an informal currency in some farming communities.

Unfortunately, the United States is unlikely to support Morales’s proposal for the revitalization of coca. The 2007 International Control Strategy Report released by Congress casts doubts on Morales’s ability to prevent cocaine production, claiming that “The Government of Bolivia did not give adequate support to drug abuse prevention programs and has been slow to explain to Bolivians the dangers that excess coca production, drug production and consumption pose to Bolivian society.” Although Bolivia met its eradication quota for 2006 by December of that year, the report states, “This year represented the lowest level of eradication in ten years.” Countering these grim assertions is the Office of National Drug Control Policy’s (ONDCP) report released in late April of 2007. The ONDCP reports that there was no increase in either coca or cocaine production from 2005 to 2006 (even so, approximately 115 metric tons of cocaine are produced in Bolivia). 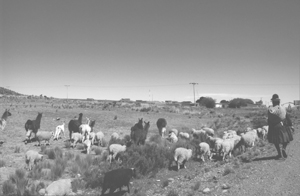 Rather than reflecting a soft policy on cocaine, these statistics represent Morales’s aversion to eradication policies. Despite Morales distaste for eradication, he has adopted a policy of “Coca si, cocaina no.” And in 2006, his administration destroyed 2.5 more tons of cocaine than his predecessor did in the preceding year. While the exact effect of Morales’s coca policies is still hard to determine, Coletta Youngers of the Washington Office on Latin America points out that it is difficult to achieve worse results in reducing cocaine production than that accomplished under U.S. drug policy in Bolivia. According to Youngers, U.S. drug policy toward Bolivia is “based on the assumption that coca production is the first link in the chain that leads to cocaine consumption in this country. [Yet] despite overwhelming evidence that supply-oriented US drug policies have failed miserably, neither the Republican-controlled White House, nor the Democrat-controlled Congress have seriously debated and evaluated US international anti-drug strategies to date. It is much easier to keep supporting the same failed strategies than to explain to the US public how millions of dollars in US assistance has been wasted.”

Despite US skepticism about coca industrialization, it nevertheless seems to be one of the only viable alternatives for indigent coca growers. Morales asserts that decriminalizing coca will rejuvenate Bolivia’s economy. Opponents believe that if more coca is grown, more cocaine will be produced.

Other Andean nations have already capitalized on the controversial cash crop. Peru’s state company, Enaco, signed a deal with South Africa, agreeing to export over 150,000 packets of coca tea. Japan and Belgium receive coca cargoes to use in anesthetics, and Coca-Cola continues to use coca leaves as a flavoring agent. The indigenous Nasa community of south-western Colombia recently started manufacturing Coca-Sek, a carbonated drink made of coca leaves. Bolivia looks to get a piece of the coca pie (another potential product) by exporting products to Venezuela and South Africa, among others. While Youngers does not believe the new coca products are not the ultimate answer to the coca issue, she maintains that they could lead to a huge improvement compared to past U.S. drug policy in Bolivia. “Industrialization cannot be seen as the solution for the deep-rooted problems of poverty and injustice found in cocalero communities, but if implemented effectively, it could contribute to improving the daily lives of cocalero families by providing a viable alternative livelihood – in other words, jobs and income for poor, peasant communities.”

And this, many believe, could be the key to effectively reducing cocaine production in Bolivia. As David Curtifor, a Nasa community leader, notes, “Each kilogram of coca leaf that goes to the legal market is one less for the drug traffickers.”