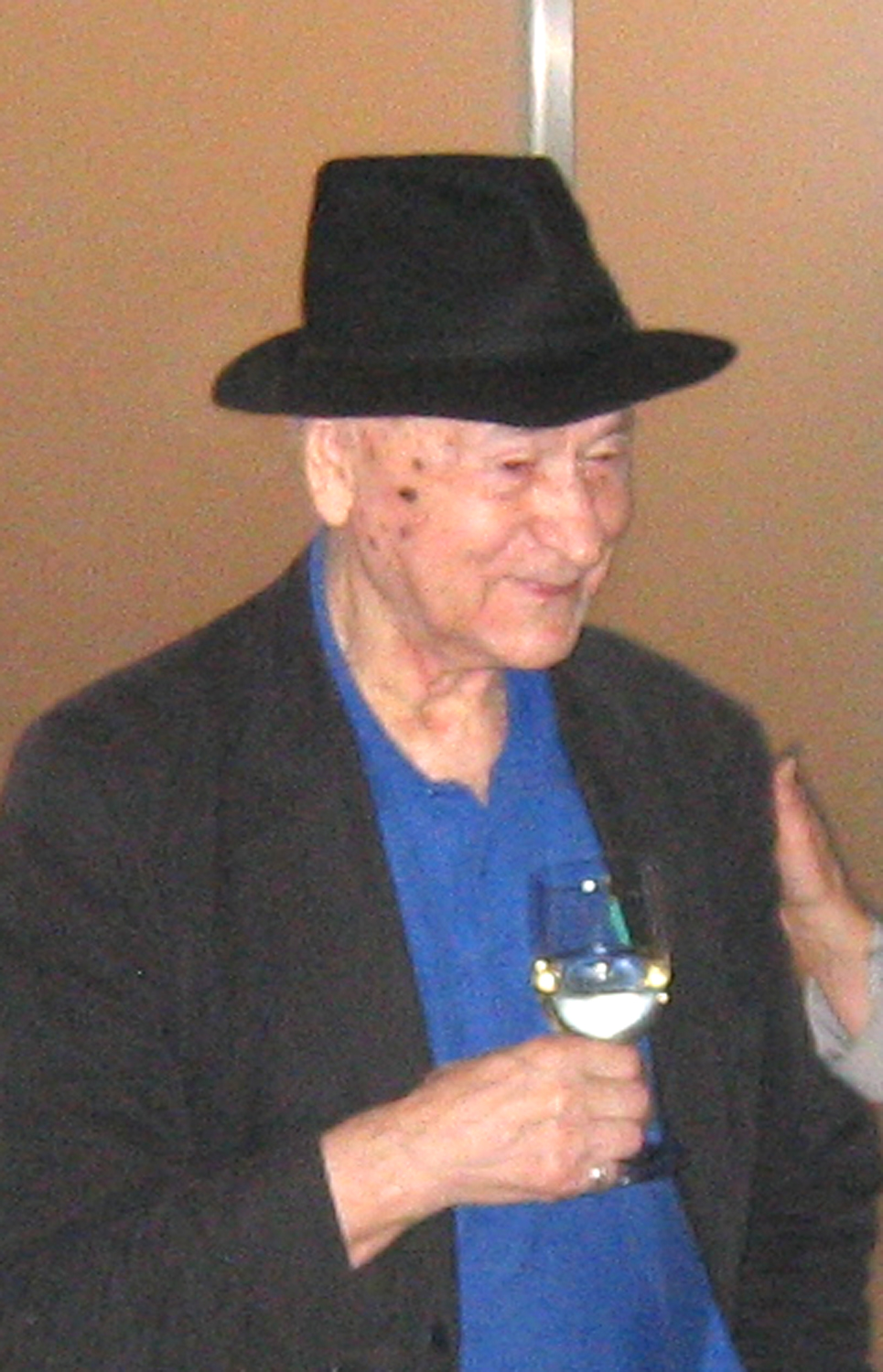 At a jam-packed lecture delivered at the New School in 2000, Dave Hickey, the bad boy of contemporary criticism, presented an idea, profound in its breadth, that it’s memory—not taste, not fashion, not even aesthetics—that determines the “staying power” of a work of art. Moreover, it is the work’s ability to remain vivid and to morph in memory that shows its strength. Heady stuff, especially in an age when we’re surrounded by theorists and pundits who encourage short memories, even a state of art-world amnesia. They believe that one should “deconstruct” history and approach a work of art with a mind uncluttered by the sordid residue of the past (thus assuring an unchallenged sales pitch). All art comes from art; its history is its DNA. Every artist and art viewer carries within him/herself a mini-version of art history.

Søren Kierkegaard is quoted as saying “Life must be understood backwards; but… it must be lived forward.” Therefore, if we’re interested in understanding art, we must also have an understanding of memory and its role in solving the mystery of art. And if we seek more than just a coexistence with art, we must know the history of art.

If you were to ask me whose artistic vision I would trust for an accurate, or at least honest, reflection of the past, I would unhesitatingly have to answer Jonas Mekas. With a flurry of recent exhibitions, including an expansive overview at Maya Stendhal Gallery and a mini-retrospective at P.S.1, Mekas—a longtime denizen and chronicler of Williamsburg—has become something of an unexpected poster boy for artistic perseverance. Like a hyper-hip, underground Zelig, Mekas has popped up next to, and has trained his camera on, some of the most electrifying people of the past sixty years. A stroll through the exhibit at P.S.1 was akin to hanging out at the most perfect Sunday afternoon party imaginable, with a guest list that included John Lennon and Yoko Ono frolicking on stage, Alan Ginsberg, the bard of the East Village, chanting antiwar verse and rhythmically drumming the table with his fist, Salvador Dali squirting shaving cream on a nude woman in a vacant Manhattan lot, his bravado with a spray can foreshadowing the antics of graffiti writers thirty years later, and a young Andy Warhol in black-and-white, still content to be a member of the cast. The list goes on and on, but Mekas also casts his eye on ordinary people, rendering the pathos of their lives into cinematic gold. With his films, videos and still photos, Mekas has unselfconsciously blazed a path toward the future with flickering remnants preserved from the past. He has validated the premise that the observer does affect the outcome, that there is a power in SEEING. It’s at moments like these that I thank providence for the happenstance that led the lighthearted and whimsical hand of Jonas Mekas to pick up that first movie camera and start the shadow play that is still fascinating us fifty years later. Oh yes, I remember it well.

Within our far-flung and dysfunctional creative tribe, family is another structure that facilitates and preserves memory. The artist Ward Jackson must surely be smiling as he looks down from whatever rung of the heavenly realm artists are allowed to enter. “Ward Jackson: A Life In Painting 1928-2004” at Metaphor Contemporary Art is a show that focuses on the seminal work of a painter who was in the thick of the action in New York’s art scene for half a century. This gem of a show was lovingly curated by the artist’s nephew, Julian Jackson, and charts the stylistic arc of a career that began as a precocious teenager in Virginia. After reading an article in a national magazine about Hilla Rebay and her activities at what was soon to become the Guggenheim Museum, Jackson took the audacious step of sending Rebay a letter of introduction, followed by examples of his work for the “Baroness” to critique. After a period of correspondence and a summer spent studying with Hans Hofmann in Provincetown, Jackson moved to New York and continued his relationship with Rebay and the museum, becoming its archivist and the head of its viewing program, positions he would continue to hold for forty years. 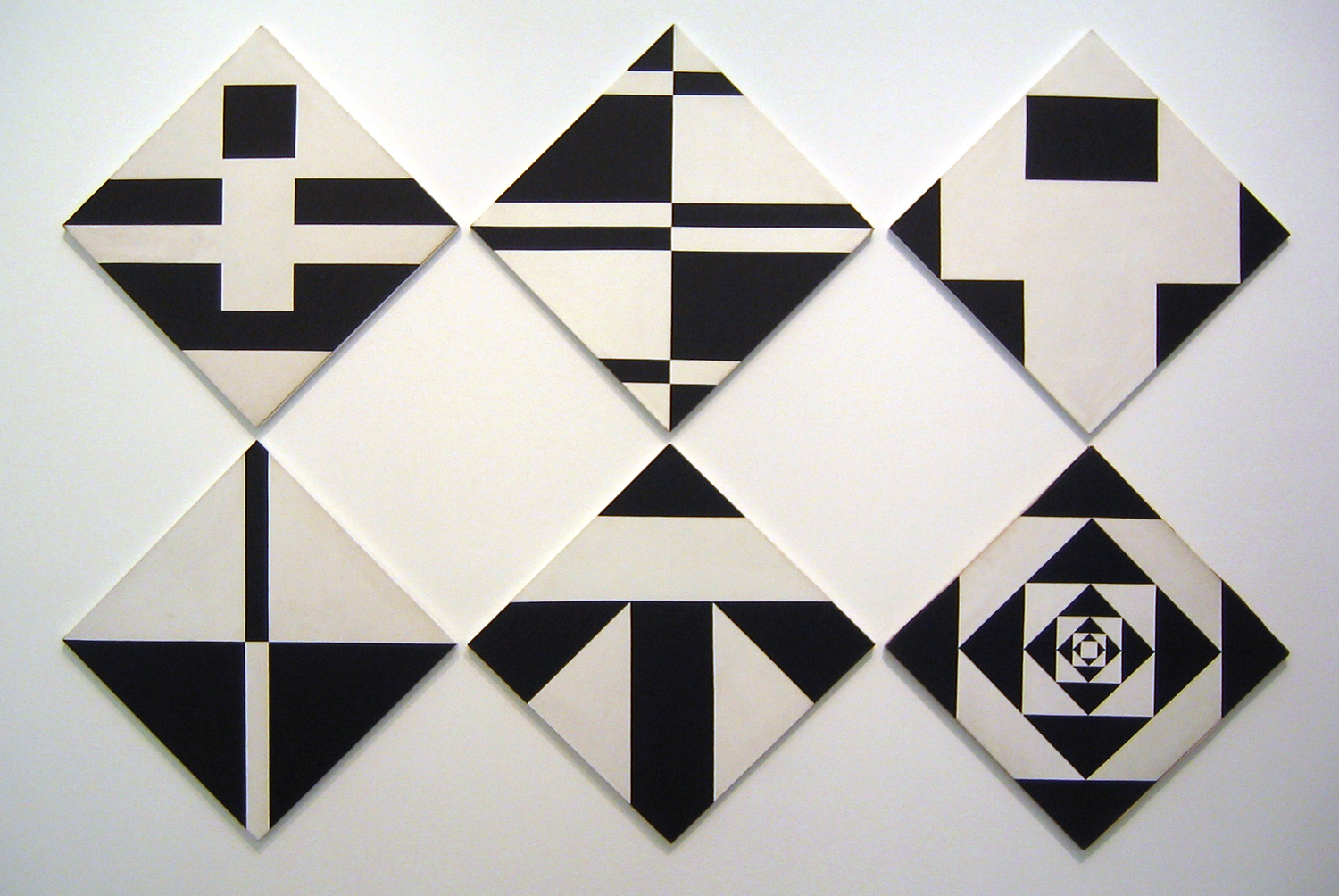 Beginning with a youthful self-portrait, in which the artist is seen holding a flower or paint brush beside his easel, hints of his interest in overlapping planes are already evident in the rendering of the back of the canvas and its stretcher bars. “Rite of Spring” (1951) is a jazzy little vertical picture, its jagged black and white forms floating over a thicket of hot reds and pinks, demonstrating a dramatic “push and pull” that he no doubt picked up from Hofmann. From the mid-’50s, there is a series of painterly abstractions that upped the scale and introduced the freewheeling brushwork that displays a solidarity with the 10th Street School and a pared-down, post-Cubist faceting of space that would become the main subject of the breakthrough paintings he would produce in a few short years. The decade of the ’60s, with its ambition and confidence, also brought artists to a junction of intent between the more emotional and “expressive” content, as exemplified by Kandinsky and much of the New York School, and the austere intellectual geometries of Mondrian. Jackson chose the latter. His adoption of the diamond format (a square tilted at 45 degrees) was an homage to Mondrian, and he would, with his unique vision, explore it extensively for the remainder of his painting career. Across the rear wall of the gallery, we are presented with a stunning example of his lozenge-shaped paintings; a group of six precisely calculated compositions, hanging in two horizontal rows with tips nearly touching, evinces a hard study of Neo-Plasticism. The black-and-white palette and strict symmetry of several of the works are prime examples of artistic gambits that would result in the ascendancy of Minimalist and post-Painterly painting by mid-decade

With the ’70s, a sunny “Pop” optimism appeared. Brilliant, highly-keyed color became, a major component of his compositional design. Returning to a square format with the Virginia River Series, Jackson, in pictures like “Chillihowie” (1971), arranged wedges of hot red and kelly green to create zigzag divisions of the canvas that read as luminist landscapes reduced to their essence. Returning to the diamond, the late paintings are a handsome merger of elegant form and luscious color. In “Chords” (1990) the white ground is bracketed by broad color bands that extend to the 45 degree edge on one end and terminate at a lesser angle within the framing edge on the other. This visual discordance delivers a whimsical yet sophisticated riff on the strict horizontal and vertical doctrine of Neo-Plasticism, and, with its colors of light green, purple, navy blue, and deep yellow, reveals a sensuality that does not distract from its formalism.

Besides his work as a painter and his long-term involvement with the Guggenheim Museum, Jackson was a past president and archivist of the American Abstract Artists group and a vocal champion of emerging and established artists through his publication of the original ART NOW New York, a portfolio of reproductions and artists’ statements that has become the art lovers’ pocket guide to the New York scene. Yet, even with his total immersion in artistic and community activities, it is the painting that one senses at the core of Jackson’s attention, an example worth heralding.