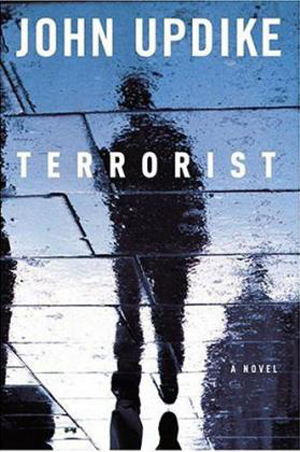 Over five years since the Twin Towers attack, we now have the term “9/11 literature.” It’s also no secret in the publishing industry that after 9/11, fiction sales began to plummet, as literary works—always a hard sell—became even harder to move off the store shelves. “People want reality,” was the automatic answer given by editors—as if reality does not exist in fiction; as if somehow, in such a difficult, gloomy moment for Americans, fiction became frivolous and indulgent, once we were stunned awake from our complacent slumber to realize we are a superpower hated by many. The inner life, characters, seemed almost a luxury. We needed to put ourselves on a diet of essential nutrients: learning about the world.

We now have literature—novels, even—that allows us again that delicious sensation of the inner life, permeated with the melancholic, vulnerable atmosphere of a world that will never be the same. And yet what precisely do we mean by this category of 9/11 literature? Is it simply novels that have incorporated the events and speak to our new frailties? Or how American and western lives have subtly and not-so-subtly shifted since the shock of a terrorist attack? In this regard, novels such as Claire Messud’s The Emperor’s Children and Ian McEwan’s Saturday form satisfying ‘before and after’ bookends: each traces the ways that the comfortable middle class was jolted by this tragedy. 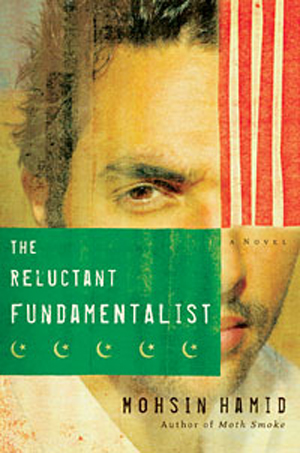 But the attempt to understand 9/11, the edges of empire and its geopolitical dimensions—so large, so abstract and hard to grasp through the narrower prisms of fiction—this is yet another frontier in literature. In the last year, two novels have attempted to grasp that most toxic and relevant of points of view: anti-Americanism—John Updike’s Terrorist and Mohsin Hamid’s recently published The Reluctant Fundamentalist.

In the case of the Updike—a quintessentially American writer, with his felicitous prose about middle-aged suburbia—inhabits the mind of a young terrorist infatuated with radical fundamentalism. Sadly, this is where Updike fails, dreadfully. As a writer, he made his job easier—Ahmad, the boy, is the product of a brief marriage between a confused Irish-American woman and an Egyptian man who couldn’t “hack it” in the U.S., and is growing up in battered Paterson, NJ. I often drive through Paterson, and it is a cinematic journey through America’s urban blight and immigrant regeneration—but Updike’s rust-belt city, reclaimed by Middle Eastern immigrants and a black underclass, is a wooden exercise in sociology. Though Ahmad’s background could have been interesting material—did he gravitate to radical ideas to feel pure, whole, unsullied by racial mixture?—he arrives in the novel already a formed believer, a teenage zombie of ideological spoutings, rendered incongruously in Updike’s patrician voice.

Indeed the best parts of the book resemble those other domestically-situated 9-11 novels: especially the portrait of Jack Levy, a high school counselor who has taken an interest in Ahmad, and then embarks into familiar Updike territory: an affair with Ahmad’s mother. This is what Updike is so good at—that souring, dispirited angst of aging America, and it is only when Levy observes his student that Ahmad comes to life as simply a strange and troubled teenager. And there are moments when the narrative breaks over a huge, breathtaking social vista, showing the novel’s larger ambitions—the collective upturning since the attack:

The dozing giant of American racism, lulled by decades of official liberal singsong, stirred anew as African Americans and Hispanics, who (it was often complained) “can’t even speak English properly,” acquired the authority to frisk, to question, to delay, to grant or deny admission and the permission to fly….To the well-paid professionals who traveled the airways and frequented the newly fortified government buildings, it appears that a dusky underclass has been given tyrannical power.

Hamid’s The Reluctant Fundamentalist takes the form of 9/11 literature further—he keeps us moving on that same highway, hurtling us toward the edge of new and discomfiting perspectives. As opposed to the paisley froth of Updike’s prose, Hamid’s style is very spare, minimal, almost naïve in its approach—which comes to be its menacing allure. The novel is written in the form of a dialogue between Changez, an over-solicitous young Pakistani, and an unnamed American, who meet in a Lahore cafe. It is this uneasy-making form, sometimes imperfect, but always compelling, that makes this a fascinating, haunting read. For, of course, the unnamed American is the reader, too.

At the outset of the novel, the frame comes off a bit gimmicky; there is a divide between outside voice and the inner tale of Changez, a bright, promising graduate of Princeton who lands a coveted job as a business consultant and is soon ensconced in Manhattan privilege. But as the novel progresses, the two voices fuse: the openhearted confession of an immigrant is soon laced with sourness; a hovering disappointment with the American dream and all it exacts, morally and politically. This is a tale of conversion, from an eager immigrant to America to an outsider bruised and angered by America the empire.

The novel is a beguiling, intentional misnomer—Changez is not a reluctant fundamentalist, but a reluctant anti-American. For so much is about perception—political perception—and it is the menacing overlay of the American listener, positioned as the reader, which keeps us on edge. By the end, we keep asking: is Changez part of a terrorist cell? Or is the unknown American a CIA operative? The answer is not so important, but rather the confusing mix of signals, the ways in which our societies are inextricably tangled and misread each other. As Changez says,

… it is not always possible to restore one’s boundaries after they have been blurred and made permeable by a relationship: try as we might, we cannot reconstitute ourselves as the autonomous beings we previously imagined ourselves to be. Something of us is now outside, and something of the outside is now within us.”

This is not to say that as a reader one swallows Changez’s narrative with credulity. As an American, one finds oneself arguing with the narrator (is Pakistan entirely vulnerable and weak during the face-off with India in 2002? Is business consulting really the same as janissaries—captured Christian boys—used by the Ottoman Empire?) And the novel’s spare prose renders some of the secondary characters schematic—his mentor, for instance, stands in as the one-note gay outsider who has “made it” in corporate America. However, what makes this novel such an absorbing read is the unsettling dialogue it creates within the reader. Its minimalism, which leaves so much room for argument, also renders our complicity, forcing us to actively talk back, unable to retreat to our national borders with their complacent certainties. Changez’s discomfort becomes our own discomfort.

That is the essential difference between these two novels: Updike is a post-war American writer, giving us ideology as something formed and hardened, rather than a process going on all over the globe, right now. Hamid, in this sly form, gives us the opportunity to experience our own changing, confused reactions as part of this fluid moment. Are we imperialists, as his narrator indicates? Are we a beacon of opportunity for the talented or ruthless emissaries of global business? Must immigrants shed their allegiances and perspectives as our country invades?

Our understanding of ourselves as individuals in an empire is deeply fluid now, especially as we find ourselves deep in a war in Iraq and another in Afghanistan. In fact, we are living in a time of powerful flux and porousness, where truth, politics, and identity can be elusive, and it is refreshing to read a novel that reflects this reality. One moment Changez is a terrorist; at another, an over-eager talker—or both. In another instant we, the unnamed American, are an operative, or just an uneasy traveler, filled with apprehensions and images of dangerous Pakistan.

In American culture we celebrate the individual, and have developed a literature that records, with exquisite fineness, states of individual consciousness, of which Updike is one of its best practitioners. With 9/11, it was not just the Twin Towers that toppled; it was our very identity, our sense of imperviousness. Yet one cannot “force” a political awakening in the characters in our literature—otherwise we will have prescriptive screeds. Novels such as The Reluctant Fundamentalist, with its echoes of Graham Greene’s The Quiet American, or Nadine Gordimer’s apartheid novels, point us toward another vista in 9/11 literature. This is fiction that gives us an uneasy shift of perspectives, a moral disquiet remembered beyond the last page; for there is no last word.

Marina Budhos is an author of fiction and nonfiction.

For the best part of the last decade, Hong Kong has been a major focus for the international news media because of continuing public protests there against the authority of Hong Kong’s Beijing-backed legislature and, more recently, the imposition by China’s central government of the so-called National Security Law (NSL) aimed at suppressing political dissent in the region.