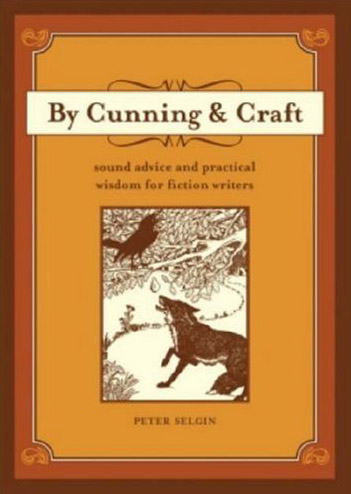 Lisa Kunik (Rail): Peter, you criticize writing in which the ego takes over, trying to impress the reader with literary gymnastics—a common pitfall of aspiring writers. With so much published fiction out there that does just that, why do you advise against it?

Peter Selgin: There may be a place for the ego somewhere in the process, but the ego is not a good self-critic or editor, or a good writer. What we need to write is not ego but character, personality. That’s what the reader wants when he opens a book. What I want to see in that very first line—and what I think editors and publishers are looking for—is a human being. That human being may have a lush style or one that’s pared to the bone, but what is essential is an authentic voice. I’m not trying to get my students to clean up their style, but to see the difference between a style that’s superficial and one that’s forced. Ego writing strains for effect and flings thesaurus words. Stronger writing balances fearlessness with the kind of rigor that sees, for instance, that most adverbs and adjectives are to nouns and verbs what packing noodles are to mail-order goods.

Rail: You state that a good short story derives from selecting and discriminating according to theme. How can that definition relate to the novel, which is often tangential?

Selgin: Of course the analogy breaks down, as all analogies must, but if a novel is a multi-roomed mansion, a short story is more like a car or Winnebago. The short story conveys us swiftly, whereas the novel is something we inhabit for days or weeks. Both forms suborn their contents to the organizing principle of theme. Even in sprawling works like Heller’s Catch-22 or David Foster Wallace’s Infinite Jest, theme is not only present, but hammered into the reader. You can have a novel with no plot or characters, but you can’t have a novel with no theme. Of all of the elements of fiction, theme is the least dispensable.

Rail: Your book puts a lot of emphasis on revision, a process many writers approach through writing workshops. In the end, the writer himself needs to tackle his story, but where does outside input fall within the scope of revision?

Selgin: When you ask for criticism, you get it. But that doesn’t mean it will be any good. And there’s no such thing as a work immune to criticism. Bring Cormac MacCarthy’s The Road to a workshop and it will be torn to bits—perhaps for good reasons. When Flaubert wrote the first version of his The Temptation of Saint Anthony, he read it to his friends. They sat patiently for half a day, and then said, “Throw it away and never speak of it again.” That was his feedback. And writers need feedback. If they don’t ask for it before submitting their work, they’ll get it after.

Rail: You speak about the danger of a writer becoming a professional rather than an artist. What is the defining factor between the two?

Selgin: The aim of any sincere education in art—let alone that of a fiction writer—is fearlessness. You can’t teach fearlessness, but you can give a student the tools for self-criticism. To be fearless, you need to know what’s to be afraid of: namely, mediocrity. The professional trains not to be fearless, but to be careful.

Rail: You open your book with a quote by Picasso, “Art is a lie that makes us realize the truth.” In a world where the public demands truth, where nonfiction and memoir fill the shelves of our bookstores, why fiction?

Selgin: The concept of truth is in serious trouble these days. So-called reality—a word that should always come in quotation marks—has been co-opted by the media. Watch one of those “reality” TV shows. Journalism lies. Fiction is true in part because it lacks the pretense of nonfiction, namely that human nature can be seized by documentary facts. On the other hand, the fiction writer who follows his instincts, who writes deeply within the point of view of a character, is honest and rigorous in her craft. A short story by Alice Munro, or a novel like Silence in October by Jens Christian Grondahl, packs more truth than any documentary or biography. That’s because the imagination doesn’t lie.

Lisa Kunik is a writer based in New York City.