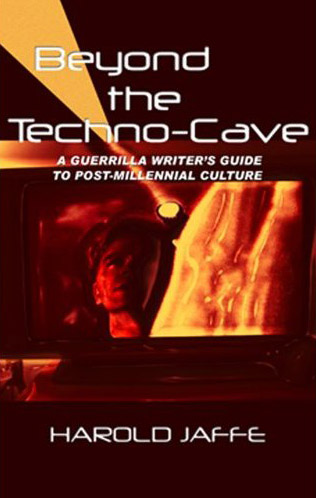 Mainstream culture—of both the right and the so-called left—has largely succeeded in ironing the wrinkles out of the written word.

The “left” has taken refuge inside the academy, where people talk to themselves. The drift to identity politics—with its concomitant language games—has rendered progressives largely safe, harmless and irrelevant. The bite and action agenda are long gone. (Measuring resistance to the policies of the relatively progressive Lyndon Johnson to those of the far-right George W. Bush is a scary exercise.) The overall debate has Doppler-shifted so far to the right that Richard Nixon—the last President to propose a guaranteed income for all Americans and the first to visit the Peoples’ Republic of China—looks, in retrospect, like one of the communists he so reviled and persecuted.

Meanwhile, Republicans—erstwhile champions of individual rights—have perpetrated the Patriot Act and equated opposition to the current Iraq War to support of the dictatorial polices of Saddam Hussein. Perversely, the spectacle of Saddam’s recent hanging put a twisted end to that long-exhausted argument.

The highly-lauded Jeff Koons produces porcelain images of Michael Jackson. A casual stroll through Borders or Barnes & Noble proffers several thousand versions of “Sex and the City,” bound between soft covers, priced to sell. Escape and avoidance are the reigning topics of imaginative production.

All current expression is private; nothing is public anymore. The sex lives of celebrities, not the plights of the homeless, are topics for discussion and debate. Philosophers from Aristotle to Hannah Arendt pointed out the need for a healthy tension between our public and our private selves; the topic is no longer on our screen.

Gone are the famous and the obscure chroniclers of the public square: John Steinbeck and Ellen Glasgow, Floyd Dell and Nelson Algren. Let alone any artist with an experiment to conduct, or especially one layered upon a social or a political dimension.

Onto the soapbox steps Harold Jaffe. Jaffe has 12 books of fiction under his belt. All 12 successfully reestablish a place for public fiction, committed writing, words that avoid the miniature and enter the public square.

Beyond the Techno-Cave is a work of non-fiction. Yet it is a work of such range and erudition that it defies simple categories. Much like a good visual artist—Rauschenberg’s Combines come to mind—Jaffe makes juxtapositions jump to life. The resistance of the very public Daw Aung San Suu Kyi and the life of the very private Alberto Giacometti are not obvious connections; Jaffe makes them seamless.

He tackles in fresh ways such diverse subjects as airports, suicide, schizophrenia, and tourism. He examines the strange physical and mental space that has become our post-9/11 world, of which the airport has become an exemplar.

Jaffe writes with no holds barred, with no subject taboo. He takes the risk of pointing out the merits of, for example, the Unabomber’s manifesto. He writes on behalf of the homeless, the disenfranchised, and the powerless. Almost uniquely, he sees the Israeli-Palestinian conflict empathetically from both sides.

Beyond the Techno-Cave is not a writers’ manual or guidebook. In fact, I am certain that Jaffe would vehemently eschew the label. Yet for writers, I know of no book more urgent or important. The dominant culture has made our words—to quote Faulkner out of context—into “stamped tin.” Our bookshelves are full of books of glittering shit—well-written works that have no substance, no relevance, no meaning. Harold Jaffe opposes the predominance of fluff.

The action steps for a writer during wartime, i.e. right now, may not be completely clear. Yet Jaffe makes our observations—and obligations—manifest. To make a difference, you must take a stand. Clear but not pedantic, clarion but not sanctimonious, Jaffe’s essays lay out a path for artists who want to matter.

Larry Fondation is the author of two novels and a short story collection set in inner-city Los Angeles. Unintended Consequences, a new collection of short fiction, is due out next June.