The Hook is a rock venue located deep within one of Brooklyn’s most inaccessible neighborhoods: Red Hook, the land no subway ever knew. Making one’s way there from Manhattan requires a MetroCard, patience, and a good sense of direction. Regrettably, when I made the journey there this past October, all I had was the MetroCard. After a solid half-hour wandering Red Hook’s empty, desolate streets—doubling back under the imposingly thick BQE/Gowanus Expressway tangle, shivering in the early-autumn chill—I finally spotted the Hook’s sign glowing like a neon beacon from the middle of a barren block of Commerce Street. 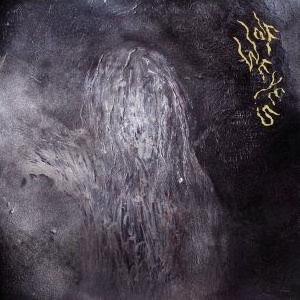 It’s appropriate, and perhaps part of the point, that the Hook is so middle-of-nowhere inaccessible, considering the types of bands that play there. In the five years it’s been open, the Hook has become New York’s go-to venue for that genre of music known simply as “noise.” Noise eschews pop’s most-loved apollonian properties (melody, rhythm, etc.) for an altogether more sinister, dissonant, and at times physically painful trip. Noise bands electronically manipulate an array of instruments—guitars, keyboards, old radios, basically anything that has wires and produces sound—to create thick waves of intentionally ugly nails-on-an-eardrum sonics. Seem like fun to you? Noise partisans—and there are plenty of those—eat it up with a rusty fork.

Wolf Eyes, a Michigan-based trio, are the current stars of the noise scene. They’ve made major fans in Sonic Youth, who have invited them on tour; they’ve played high-profile gigs at the All Tomorrow’s Parties festival in 2004 and 2006; and they’re even signed to a record label you’ve heard of (Sub Pop, the label that made Nirvana famous and vice-versa). It’s not that Wolf Eyes are any more accessible than their competition. But they are, perhaps, the deepest musically of all the current noise bands. Their latest album, Human Animal, has all the requisite moments of brutality you’d expect; listening to the title track through headphones is like rolling down a jagged mountainside in a flaming barrel. Yet the album also features quieter moments, ripe with buzzing slasher-flick tension, as in the masterful lead track, “A Million Years.” And, hey: “The Driller,” with its ersatz-theramin intro, is almost, dare I say, pretty.

I arrived at the Hook several hours before its doors officially opened. Wolf Eyes, who were headlining the evening’s four-bands-deep noise bill, were just beginning their soundcheck. Sonic Youth’s Thurston Moore—scheduled to perform later that evening with solo noisemaker Prurient—sat near the base of the stage and watched the band in action, occasionally interjecting small talk and inside-jokey commentary. Onstage, meanwhile, Wolf Eyes’s three members—John Olson, Mike Connelly, and Nate Young—busily fussed with their weird collection of hand-made or -altered instruments, affirming with the sound guy that each one was as loud and noisy as could be. The results were positive. Olson’s made-from-scratch one-stringed guitar? Check. Connelly’s three-stringed bass? Check. (The higher Connelly went up the neck, the ruder and rustier the distortion became.) Young’s—I’m not sure what you’d call Young’s instrument; it kinda looked like a clipboard, but no clipboard I know produces a distorted electronic shriek when you run your fingers across its surface. Young’s, however, did just that. Check.

After the soundcheck was over, the band made its way down into the Hook’s basement and into its sparsely arranged “green room”—just a couple couches, some chairs, and two shy cats named Dirtneck and Mudface scampering around, trying to hide from the noisy intruders. A nice, quiet place to smoke a few bowls before the crowds start showing up. All three members of the band love the Hook—“This place makes me the happiest in New York,” Connelly enthused—and it’s easy to see why: the green room is a nice perk, the sound system is excellent, and it seems like everyone who works there is friendly, from the bartenders to the owners. According to Young, the folks who run it actually care more about music than they do about maximizing their bottom line. “Everywhere else we play, we’re just a soundtrack for beer sales,” Young said.

Young, who resembles a more youthful Lenny Kaye, formed Wolf Eyes as a solo project 10 years ago in Ypsilanti, Michigan. His early experimental meanderings were recorded by his friend Aaron Dilloway, whose sonic contributions proved so valuable that he later officially became the second member of Wolf Eyes. Dilloway and Young recruited Olson into the band in 2000, and the trio began recording and releasing homemade CDs and cassettes in prodigious quantities. It’s not clear how many albums they recorded during the early ’00s, but Young estimates the total to be in the hundreds.

Eventually, Sub Pop caught wind of all the cacophony and signed the band to a record deal, despite their seemingly infinitesimal commercial potential. Their debut on the label, 2004’s unrelenting Burned Mind, received rather ecstatic praise from a wide range of media outlets. Critics from NME to Pitchfork to Tiny Mix Tapes loved it.

Following the release of Burned Mind, Dilloway left the band and moved to Nepal. To replace him, Olson and Young plucked the impish Connelly from another noise band, the Lexington, Kentucky–based Hair Police. Discernibly goofier than his two bandmates, Connelly is the Wolf Eye most prone to wander off on stoned tangents, as he did during our interview in the Hook’s green room, rambling on about that feeling you get when you’re up onstage and the music’s hitting you just right and it’s like you’re floating, man. Young and Olson were comparatively restrained. The former did the bulk of the speaking on behalf of the band, while the latter spoke up only to interject wry asides.

It’s clear that Olsen, Connelly, and Young are good pals. And although the noise they make together is difficult and pretentious (not a pejorative term in my book), they aren’t at all life-or-death serious about it. Moore has described Wolf Eyes’s music as “ultra ass-blasting fuck noise for a generation spooked shitless,” but the dudes who actually make said noise ain’t buying it. “We’re the wrong guys to ask about this broad, generational stuff,” Olson said. Wolf Eyes swear that the maniacally discordant nature of their music is not some conscious attempt to invoke bombs over Baghdad or nukes in North Korea or any of the other countless doomsday scenarios that hang over all of our heads. Avowedly apolitical and utterly devoid of any obnoxious aesthetic-theory cant, these three guys just like making noise together. They like building their weird instruments, and they like playing them. Young said they would be making noise even if a record label weren’t paying them to do so, and I believe him. See any of the first several hundred Wolf Eyes albums for proof.

You don’t go all the way out to Red Hook to see a show unless you really, really love the bands playing there. On this particular Friday night, the Hook was completely packed with noise fans, a majority of whom were sporting earplugs. I wasn’t. Big mistake, because noise bands play loud. And noise bands play particularly loud at the Hook. They don’t have to worry about waking up the neighbors here, because there are no neighbors.

Following sets by male–female duo Religious Knives, Thurston Moore and Prurient (aka Dominick Fernow), and John Weise (who, armed only with a laptop, produced perhaps the most brutal sustained sound to which I’ve ever willingly subjected myself), Wolf Eyes delivered an hour-long set, alternating between droning mood pieces and rowdy screamers. On record, that juxtaposition merely makes for compelling music—sorry, noise. Live, however, it’s a full-on catharsis: hellish sounds (and extreme volume) as shared experience, a masochistic punishment ritual complete with moshing. At a certain point during Wolf Eyes’ performance—as Olson honked his sax, Connelly attacked his bass and Young diddled one of his many electronic thingamajigs—I stopped trying to follow the noise note-for-note and just submitted to the violent din. And then it hit me. While most art aims to inspire emotional or intellectual reactions, these noise bands—alone among the countless musical acts I’ve seen perform—trigger a primarily visceral response. I can’t claim that this response is enjoyable per se, and I certainly didn’t get off enough to become a noise partisan. Still, I’m glad I went. Felt necessary, somehow. Catharsis is a good thing; that Aristotle guy knew what he was talking about. All that cacophony struck me like a strong dose of medicine, or anti-medicine, or whatever.

Go see a noise band sometime, and feel your guts roil. But bring protection. My ears were still ringing by the time I got back to Manhattan, which is a long, long way from the middle of nowhere.

Trio is a fine, well-tuned novel with plenty of perfectly-paced drama, wit, and intriguing plot twists that accompany its more serious themes about privacy, secrecy, and Camus’s one fundamental philosophical question from which all questions follow.

It was 1968. And I found myself in a situation where I had to have an abortion. I had a girlfriend who had a friend who was a nurse. And she said that she would give me the abortion. I had to meet her in a hotel room. I remember being very humiliated, to the point that today, I haven't thought about this for years. Thinking about it makes me want to cry.

Jack Tworkov: Towards Nirvana / Works from the 70s

In both the drawings and the paintings, that process of becoming through painting, using temporality as structure—not descriptive images—evinces Tworkov’s remarkable achievement and his path toward Nirvana.