Tim Rutili of Califone is used to being asked about the band’s uniquely American sensibility. Roots, after all, play a major part in their sound—their new album is titled Roots & Crowns. But these roots aren’t just American; the album title is actually an allusion to a novel by Robertson Davies, a Canadian writer with a long white beard and an aversion to word processors. 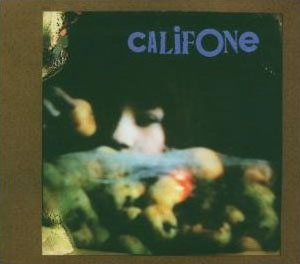 “I feel like our relationship to American music is the same as our relation to Ethiopian music or Brazilian music or books or film or overheard conversations,” Rutili said in an email interview. “It’s all inspiration. It all works its way in there.” Indeed Califone’s music is expansive because there are so many disparate allusions and seemingly contradictory forces coming together to create their wholly distinct sound, in which the process and techniques of recording are as important to the music as any of the instruments being played.

“There are apartment recordings, bathroom recordings, little carpeted rooms and big studios,” said Rutili of the places where the songs of Roots & Crowns were created.

The band’s website, www.pastrysharp.com, provides video clips of one such session. There’s Rutili sitting as he plays guitar, the banjo player leaning against an empty washing fountain, directly across from the fiddle player and percussionist. They’re playing songs from Califone’s first full-length album, Roomsound, in a vacant and run-down institutional bathroom, complete with electric hand-dryers mounted to the wall. Where Dock Boggs played on a front porch in the Appalachian hills, the Califone collective is playing American folk music in a post-industrial landscape, a thoroughly twenty-first-century setting.

Roots & Crowns was recorded throughout the country. Rutili had just relocated to Los Angeles after a life spent in Chicago. “I did some recording at home there, and at a friend’s studio,” he explained. “I was spending a lot of time in Phoenix and recording there, and flying back to Chicago every few months to work on it.” The ensemble also recorded for an entire week at a warehouse out on Long Beach. They eventually finished the album back in Chicago in April. “It felt like a period of collecting different feels and sounds. We ended up with hours of material, some songs, some noise pieces and rhythm pieces.”

Rutili says he takes a visual approach to music. And, much like a film, many more hours of recordings were available for Calfione’s choosing; they used a selective editor’s ear to pick out just the right parts.

Rutili spends a lot of time scoring films, most notably in collaboration with self-taught stop-motion animation filmmaker Brent Green. Rutili’s interest in film-scoring stems from his participation in the Boxhead Ensemble, a Chicago-based performance collaboration between filmmakers and musicians.

Roots & Crowns works so well as an entire album that it’s almost impossible to discuss it through individual songs; it’s easier to view it in clusters of songs and how each one transitions to the next. These juxtapositions are just as important as the songs themselves.

“A Chinese Actor,” the fifth track of the album, is a pulsing, rhythm-driven anthem, complete with synthesizer beats and lots of distortion, sounding more like a contemporary take on a South Asian folk song than an American one. Then “Our Kitten Sees Ghosts” seeps in, first with a simple guitar melody, with Rutili’s vocals and other instruments lulling themselves into the delicate tune.

Next, at thirty-seven seconds, marks the shortest song on Roots & Crowns, “Alice Crawley,” performed by violinist Jim Becker. I wanted to know why they chose to make this minor-keyed, double-stopped old timey fiddle refrain into an entire song (albeit a very brief one).

“The space in Long Beach sounded amazing when there was only one instrument playing and all the mics on,” Rutili explained. “We recorded a short solo piece from everyone. Jim’s violin piece worked perfectly in the album sequence. He named it ‘Alice Crawley.’ He won’t tell us why.”

“Orchids,” a sparse Psychic TV cover, comes next, and proves to be an inward centerpiece for the album. Rutili’s endless listens to the original inspired him to start writing again.

Right now Rutili is revisiting the Divine Comedy and reading The Big Money by John Dos Passos. “Books and movies feed into the music that we make as much or more than listening to other music,” he said. For Califone it’s all about cross-pollination. Everything Rutili absorbs goes into the songs he creates.

But he wants each person to come away with a distinct interpretation of Roots &Crowns. Although Califone is inspired by John Cage, Tuvan throat-singing, Fellini, and Mississippi John Hurt—just to name a few influences—the band’s music is just as meaningful without catching even one of these.

The Newhouse Center for Contemporary Art at Snug Harbor Cultural Center is part of a vast, venerable, and somewhat unruly complex on the northeast shore of Staten Island. Melissa West, the director of the Newhouse, zoomed in on the site’s history to curate Roots/Anchors, an engrossing, multi-layered exhibition currently on view there.

The Propulsive Sound of Nader Khalil

Now, with a pair of self-released EPs, Nader Khalil and Nader Khalil 2, in 2022, Khalil has cultivated a sound of his own.