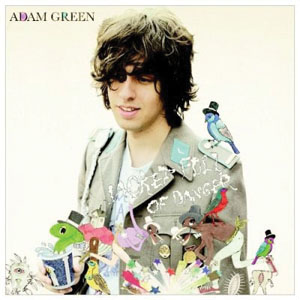 Adam Green is a darling of the hipster post-art scene and is the man behind the cult hit “Jessica”—a tongue-in-cheek ballad to Jessica Simpson. Somewhere along the way he decided that the public wanted a whole album of music like that. Bad idea. He is a gentle parody of a lounge singer, sort of Tom Jones and Elvis Presley and a cheeseball all together. Obviously, he’s having some fun on this record, but that doesn’t mean the listener is. His shtick of being overly clever and too cool for school wears thin. Quickly. Sometimes I even think his lyrics have come together by accident—sort of like when you’re in the shower singing and ending each line with any word that happens to rhyme with the line before. And just like a piece of art where no one knows whether it was painted by a talented master or a four-year-old in fingerpainting class, everyone takes the high road for fear of being wrong. Well, I’m calling out the emperor on his lack of clothes. This is simply an unnecessary album. Kids, don’t get caught up in the hype.—GM 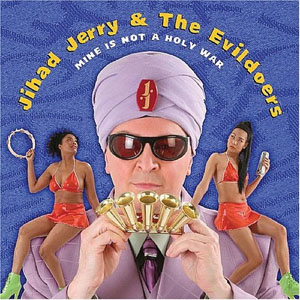 The brainchild and alter-ego of Gerald Casale (the bassist from Devo), Jihad Jerry & the Evildoers are here to (and I’m quoting) put the “fun” in fundamentalism and show how stupid the world is. Jerry even has a backstory: He’s the youngest son of an Irish-American midwife and a Persian barber who went to school in Tehran under the Shah. The record is full of satire and political jabs—“If the Shoe Fits” taunts G. W. Bush, and “Army Girls Gone Wild” is a send-up of our MTV world and MTV war (sample lyric: “What happens in Abu Ghraib stays in Abu Ghraib / Yeah, right”). It also basically sounds like Devo (no surprise here, since two other members of the band show up to help Jerry out). If you are a fan of Devo or the B-52’s, this is probably your kind of record, especially since it includes several hard-to-find songs from Devo’s past. If you’re not, it’s probably better to pass on it.—GM

The Horrors are described as indie rock and death rock. I don’t really see much of either. To me, they sound a whole lot like the garage surf-rock that was coming out of California in the early ’60s, with a bit more bravado, of course, for our modern times. I can picture them being the house band for the bar in Dusk to Dawn. They’re loud and they have a lot of energy and they scream a lot on their songs, but for people to have gone gaga over an EP like this? Maybe it’s because they’re yet another stylish young band out of England. But there’s plenty of those. Maybe it’s their gothed-out faces and hair that have already been featured on the cover of NME—it’s worked for bands before. Maybe it’s their live shows. But with the five songs on the EP averaging two minutes each, that’s not much of a show. I just don’t get the hype for a band that only has an EP out. I mean, they’re fun to listen to, but people are acting like they’re the second coming. Let’s see how they do on a full-length before we brand them saviors.—GM 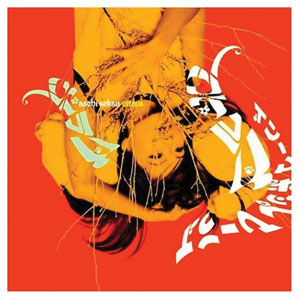 I want to love this album—really, I do. It’s sort of like the beginnings of a crush when you’re wholly enamored but equally cautious of what lies ahead. Citrus is a veritable powerhouse harkening the halcyon sounds of early Alternative Nation cuts and ’90s dorm-room speakers. (Some of the bands this album reminds me of: Cocteau Twins, My Bloody Valentine, Lush, Yo La Tengo, the Sundays, Stereolab. Go ahead, take a second to soak that in.) Lead singer Yuki’s ethereal voice happily dodges random daggers of feedback while traipsing carefree behind curtains of distorted instrumental harmonies. So what if half of what she says is in Japanese? You’re still bobbing your head and allowing a begrudging grin to assault your face. You want to like it; hell, you want to love it. “Strawberries” will propel you into a fit of nostalgic shoegazing frenzy. “Strings” lends a beguiling Cowboy Junkies feel before vaulting itself into a swarming hailstorm raining down everything you loved about pre-grunge, post-pop distortion. (Play this song at an abusive volume and I promise you’ll get it.) “Pink Cloud Tracing Paper” will make you wonder if Versus and Lenola hooked up and had an illegitimate kid. “Red Sea” would make Kevin Shields blush in unadulterated admiration. I want to buy this album a college drink special fifteen years ago. Maybe even take it back to my room (to play it on my stereo, I mean). Think it’ll give me its number? I want to love this album. I think maybe I do.—SD 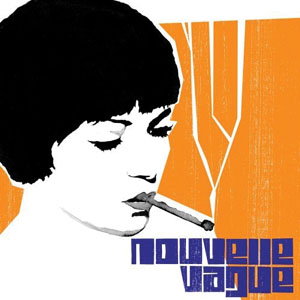 I want to hate this album—really, I do. Just like the end of a crush when you have finally found out too much. The band is French, they turn ’80s post-punk classics into shopping-aisle bossa nova muzak, and they seem to be posturing as some sort of modern art-punk outfit. Those are three things I just will not stand for in music. In fact, their eponymous debut makes me want to clench my fists, grit my teeth, clear my throat, and scream at the top of my lungs…“Why! Why in god’s name do I like this album!” The concept is preposterous: Joy Division’s masterpiece “Love Will Tear Us Apart” reworked to mimic something off a day-spa soundtrack? The Dead Kennedys’ sloppy, finger-in-your-face “Too Drunk to Fuck” morphed into an easygoing, beachfront rave-up? And (my god, hold me back), the Cure’s perfect ode to early gloom-pop—“A Forest”—sounding as if it needs a late-night Brahma at Carnivale? Why? Why in god’s name do I not hate this album? The concept—while bordering treacherously on the edge of CDC intervention—is infectious. And bold. We’re not talking Burt Bacharach covering Pat Boone here (or vice-versa). We’re confronted with a combination of breezy ’50s Caribbean sounds merged with smoke-filled rooms of Parisian cabaret sway covering ’80s anthems of angst. Nouvelle’s toe-tapping, open-mic rendition of PiL’s classic “This Is Not a Love Song” puts a smile on your face that the original version had never intended and sums up the album in its warped entirety. I want to hate this album. I think maybe I can’t.—SD

Whether working with bursts, mists and sprays, glossy finishes, expanses, or intense nodes of pure color, Adam Henry is visually indulgent in the minimal style of an ASMR recording, distilling painting down to the most basic stimuli that evoke a pleasurable response.

Usama Alshaibi and Adam Sekuler’s omnibus film project examines filmmakers’ experiences in isolation during the COVID-19 pandemic, with some films facing the challenge head on and others through less conspicuous means.