A loose-knit group of New York creative musicians are avidly crossing impressive fluency with resonances from their South Asian traditions. Musical vigor and deep vibrancy drive pianist Vijay Iyer and altoist Rudresh Mahanthappa’s projects, while Rez Abbasi leads his formations on electric or acoustic guitar and then wields a custom sitar-guitar to cast gossamer overtones on tight, lyric solos. Kiran Ahluwalia, whose music inspired by ghazal song-forms won Canada’s Juno Award, finds her vocal role in husband Abbasi’s band “extremely fresh. The melody might be played by guitar, organ, or voice—or the voice is supporting the melody with shadowing, or in counterpoint with it.” Percussionists Sunny Jain and Ravish Momin mesh the Punjabi dhol or tabla patterns on the drum set, yet Momin, at a Park Slope coffee house, declared avant drummer Andrew Cyrille “my most important mentor.” And in her band Kaash and Sunny Jain’s Collective, Samita Sinha swings from Urdu to the medieval tongue that prefigured Hindi, with a ballad in Mandarin and charged English originals that Kaash electro-drenches in drum-and-bass grooves. 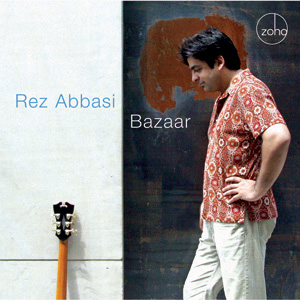 Taking on theatrical breadth along with quartet outings like 2003’s Blood Sutra and Savoy’s recent Reimaginings, his duo with Mahanthappa, and the trio Fieldworks, Vijay Iyer stages Still Life with Commentator with hip-hop poet Mike Ladd and director Ibrahim Quraishi at BAM in early December. In his home near Columbia, Iyer said that his acclaimed ’03 collaboration with Ladd, In What Language?, “gave us the opportunity to work on one line of thinking, like a zone of inquiry: ‘What happens with people of color in airports at this political moment?’ That was my first extended interaction with text; the music became an emotional counterpoint to those poems.” Joe Melillo, exec producer at BAM, heard Language? and asked for more. “That was when the Abu Ghraib photos broke, with that intense devotion to following the story. We began to watch ourselves watching this new kind of reality, omnipresent and sinister, then looked at the history of images of atrocity,” with one Still Life track conflating the Hindenburg crash—mass media’s early disaster—and Edward Bernay’s tract on propaganda. And the blogosphere was providing “a new kind of gossip and rumor that could take down Dan Rather, for example, so people got excited as if they have real power, with freedom of speech and information reigning supreme,” though the pocket opera affirms its creators’ suspicion that “it’s ultimately still corporate power.” The pianist’s combo recordings hold rhythmic nods to Monk on Panoptic Modes and Sutra’s play on “Hey Joe,” and Iyer credits saxophonist Steve Coleman for galvanizing his remarkable propulsion. When they met in 1994, Iyer was “researching and delving Indian—especially Carnatic—music, and studying African music. Now I compose rhythmically first; when I improvise, I think rhythmically. There’s been a multi-pronged inquiry, from cognitive sciences [in which he holds a Ph.D. from UC Berkeley] to cultural studies, of people looking at the role of the body. In every society, we see music and dance; when they don’t fit together, that’s anomalous. The parts of the brain that light up during rhythmic perception are involved in motor sequence planning and coordination of limbs—even when you’re tapping your foot, that’s proto-dance. Around that time, I also connected with Rudresh; we took steps together, making music as a way of articulating and negotiating our relationships to our massive heritage.”

While hearing Mahanthappa’s fierce dexterity, visceral astonishment gets trumped both by his refined execution and by those lines’ resulting lock in a resonant musicality. Of his just-released Codebook, he chuckled that the “heady, dense” material also “sounds like a boogie song. Indian rhythmic and melodic concepts are embedded in everything I do, but I particularly wanted to deal with cryptography and math, as a way of commenting on technology and pop culture.” When they all met in the mid-nineties, Steve Coleman had recorded several tracks of Iyer’s debut—then told the pianist that, if he couldn’t make any gigs, Iyer should call Mahanthappa. After duets at a South Asian festival in Toronto, “I brought him to Chicago, and he brought me to California.” When both relocated to New York, “we understood each other’s melodic, harmonic, and rhythmic language, then got a grant to write the music that’s on Raw Materials,” their bracing Savoy release.

Rez Abbasi had never used a singer when he brought Kiran Ahluwalia aboard for 2004’s driving Snake Charmer. That lineup played Abbasi’s recent Zoho release, Bazaar, with a sterling Jazz Standard gig in July. Of his music’s burgeoning palette, Pakistani-born Abbasi said: “It’s difficult to hold a band together—especially when the organ player plays with John Scofield—but we had a year and a half to play between the records, so while writing [Bazaar’s] material, that potential was in my mind. I like to shift colors, and color is synonymous with orchestration.” Abbasi tours with Ahluwalia’s band; other projects include Indo-Pak Coalition with Mahanthappa and Dan Weiss—who played fierce gigs at Joe’s Pub—and the Sunny Jain Collective. In the former, “there’s no bass player, so I have to fulfill a bottom. And Sunny writes bhangra-inflected music that’s more groove-oriented. In both, there is no other chordal instrument, and I’m virtually always playing.”

Over lunch in his new Fort Greene ’hood, Sunny Jain, who helped found the collective Brooklyn Jazz Underground (their four-day mini-festival plays Small’s early next year), offered a historical distinction. “Music fused with the Indian thing has been hit upon, with Dave Liebman or Miles getting Badal Roy, but it was just borrowing these timbres from tabla or sitar. Vijay and Rudresh are not playing Indian instruments; the elements come out through melody, or a tone Rudresh might go for, like a shehnai. My approach is through composition: When you’re ascending or descending, you have to do the sharp fourth to land on the third only to come back up to the fifth, because that’s the tonal center of this raag.” Jain’s drums resound with the North Indian dhol. “I’m not trying to do the tabla phrasings onto drum set—Dan Weiss nails that, and it’s amazing. I grew up on Bollywood, and on bhajans, religious songs my mother sang,” and when Jain and Abbasi first played together around 2000, “he knew a couple of the old Indian themes I was doing, and played them with certain bends and inflections. With Samita, I have an unrecorded choral section on ‘Johnny Black’ (on this year’s lively Avaaz) that she blows over, but you don’t set up a drone: The harmony’s changing underneath her and she’s approaching it with a Hindustani classical point of view, but in a jazz context.”

Sinha and her band Kaash released Seep earlier this year with a hot Joe’s Pub gig, and played the JVC fest at the Blue Note opposite Jain’s band. “Few people have trained in Indian classical vocal then attempted true fusion,” she said. “Emotionalism is the raw power of Indian music: Over thousands of years, they’ve done serious work on melody,” she laughed. Utilizing raga melodies, Sinha’s music “carries the meaning, and the lyrics are supports” that she approaches with a bare and exacting voice. (“Samita draws on a wide bag of things,” as Jain says: “jazz, R&B, cabaret, Hindustani classical…”) Recommended to performance poet Sekou Sundiato by Vijay Iyer, she’s toured his ambitious The 51st (Dream) State (at BAM in early November). In an a cappella version of “Moonlight Sonata,” “my voice rises above in the raag, I keep my tonal center, and improvise in sargam—which in Hindustani is do-re-mi.” Another feature is “Pure Innocence,” the vocal layers Sinha loops to open Seep. “Sekou heard it, so now I solo over four singers, honoring Hindustani music but defamiliarizing it—which expresses the multiple [cultural] contexts I exist in simultaneously.” 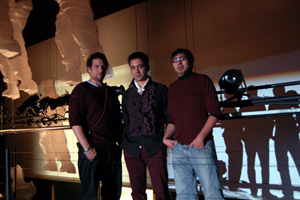 For Climbing the Banyan Tree (Clean Feed), Ravish Momin’s Trio Tarana melded the leader’s bold drumming with the bass and oud of Shanir Blumenkranz and Jason Kao Hwang’s fierce violin. “The music’s based on interpretations of Indian and Asian traditions, channeled through our collective influences and jazz improvisation. I lived in Bahrain, Kuwait, in Hong Kong and different parts of India and the U.S., and all those amazing rhythms resonated with me while growing up. Working with Jason Hwang was another element; people like Jason and Fred Ho played with Henry Threadgill and William Parker while laying the groundwork for the Asian-American musical thing—that coinage didn’t exist prior to those guys.”

The thread between structure and consciousness weighs on the mind of Sebastián Maria, the Colombian-American composer, producer, and DJ based in New York City.