Three books have appeared, heralding a quiet resurgence in certain circles of the use of hallucinogenic drugs for spiritual or visionary purposes. Designed to redirect us from the environmental, religious and military catastrophe we are marching towards, they examine who we are as a spiritual nation, where we came from in terms of ingesting psychedelics, and where we are going as we look to the methods and teachings of indigenous cultures. 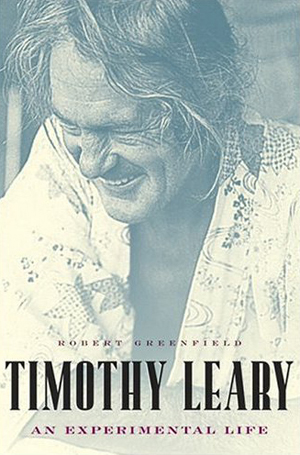 The late Timothy Leary, proud promoter of modern psychedelics, comes off in Robert Greenfield’s page- turning biography like Darth Vader on a bad day and Yoda on a good one. To further the Star Wars analogy, Daniel Pinchbeck, author of the psychedelic investigatory Breaking Open the Head and now 2012: The Return of the Quetzalcoatl, is Luke Skywalker, wanting to save the world from itself through secret teachings embodied in “The Force” (the prophecies of Quetzalcoatl and use of Ayahuasca), and Eric Davis is C-3PO, knowledgeable and polite about esoteric subjects (California as visionary state). Since Pinchbeck experienced himself as the incarnation of the Emperor Ashoka who will lead the world from destruction, these are not far flung Hollywood comparisons. In his prime, Leary wound up ratting out the 1960s version of the Jedi Knights (read counter culture drug takers and radical anarchists) to secure his very own get out of jail free card, thereby helping to establish the evil kingdom of the Sith (Gordon Liddy and Presidential friends). 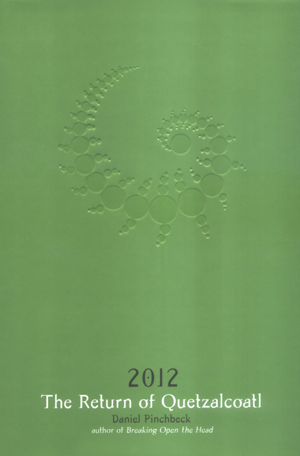 Who we are is explained in Erick Davis’ Visionary State, A Journey Through California’s Literary Landscape illustrated with Michael Rauner’s drop dead gorgeous architectural photographs. This book, which I hope gets turned into some kind of History Channel documentary, shows most spiritual movements arise in a particular place, church or sanctuary. Parishioners of every shape and form dedicate buildings to ensure the continuation of the beliefs of their followers. Davis explores the gnarled recesses of the out there and not so out there religions that put down roots in the unique Californian landscape. Starting with the Pentecostals, now a billion strong, Davis follows their humble origins in a small clapboard house on the edge of Echo Park and then delves into the Native Americans, Spanish Mission Christians, Mormons, Spiritualists, Unitarians, Hare Krishnas, Buddhists, Theosophists, Swamis, Witches, Rosicrucians, Hindus, Esalen, Ken Kesey, Scientology, Aldous Huxley’s ranch retreat, and of course, Burning Man. All have their unique spin on that hallowed question, why we are on earth? Highlighting the physicality of their swirling spires and circular enclaves he lets us peek into the spaces that allow the pursuit of this timeless question.

Timothy Leary, an architect of the psychedelic 1960s is one part of where psychedelic or alternative seekers come from. He is shockingly portrayed in this biography as the worst sort of demigod. A fatherless son raised by a single mother (a scandal at the time), he was shunned for violating the honor code at West Point. Having charmed his way into Harvard, he leapt into the school’s early experiments with LSD—emerging as a Yoda touting the unlimited potential of the human mind. Opening up to higher dimensions and reaching for the stars was his irresistible siren call. Ripping off the term “tune in, turn on, drop out,” he downed magic mushrooms in Mexico, felt his skin dissolve and experienced oneness with everyone. Enthused, he gave the mushrooms to Allen Ginsberg, Peter Orlovsky, and Jack Kerouac, who sardonically warned him, “Coach Leary, walking on water wasn’t built in a day.” On April 21, 1964, Leary declared the rise of a new civilization by promptly ingesting DMT for “a jewel-like Satori.” Blowing off his teaching and grading responsibilities at Harvard, he boasted to the media that he had been fired—news to David McClellend, Chair of the Department and the only one empowered to cut him loose from the academic roster.

Leary and his experimental drug community at Millbrook were hounded by law enforcement, led by the then unknown prosecutor Gordon Liddy (later, of Watergate fame). At the same time Marshall McLuhan, media pundit, was whispering his brand of sweet nothings into Leary’s ear, “The key to your work is advertising. You’re promoting a product—the new and improved accelerated brain.” Saying he should link it with only good things, McLuhan even slipped him the jingle “Lysergic Acid Hits the Spot—Forty Billion Neurons, That’s A Lot!” From then on Leary made sure to always smile for his arrest photos.

But what was not known was his creepy personal history, in stark contrast to his seemingly endless good time message. His first wife, and later his daughter, committed suicide, and his son went off the deep end. His girlfriends took the heat for his crimes and some were left dangling behind bars while he waltzed around hooking up with younger replacements. Finally nailed on a drug charge, he convinced the Brotherhood of Eternal Love and the Weather Underground to bust him out of jail. Fleeing the country, he rendezvoused with Black Panther Eldridge Cleaver in Algeria where he managed to piss off the entire Algerian Government by dropping LSD and lying naked in the desert with his girlfriend, horrifying the conservative North Africans. Joining the “revolution,” he embraced guns, threats, murder, kidnapping, and hijackings. Cleaver roped him in by placing him under semi house-arrest, but he escaped only to be whisked off to an American jail, where he ratted out those in the New Left who had helped him escape in the first place, including his own lawyer and a former girlfriend. Yoda morphed into Darth Vader.

I met Leary during his morbid decline at a sit down dinner in the sacristy of the then Limelight (Avalon) disco where he was given an award by “Generation X” for being their inspiration. Snorting the longest line of cocaine I ever saw, he got so high he skipped the ceremony, wandered off onto the dance floor, and merged into the pulsating crowd.

Who can blame consciousness-expanding drugs for getting such a bum rap for the next 30 years with such a progenitor? Daniel Pinchbeck, taking up the torch, wrote about his explorations with hallucinogenics and global indigenous cultures in his 2003 book, Breaking Open the Head. His new book, 2012: The Return of the Quetzalcoatl examines where we are going, which seems to be pretty much down the tubes if we don’t quit consuming and polluting. According to the Mayan traditions 2012 is the end of the fifth sun and the celestial demons will rain down from the sky and devour humankind. The unending skeptic in Pinchbeck also posits that perhaps, it’s all just a “fairy tale,” thus having it both ways. The book is a wide ranging jaunt with moments of acute clarity and moments of absurd fog. It’s hard to know what to make of alien abductions and crop circles. It is one of those things you believe in like the divine birth—either it happened or it didn’t.

If Pinchbeck ever does manage to get abducted by an alien, probed and poked and lives to tell the tale, I for one would be thrilled to read his critical account of outré alien behavior. But seeing as that hasn’t happened yet, I will settle for the intermingling of his ingestion of hard-core Ayahuasca in various locales, and of his own intense and interesting vivid experiences; Pinchbeck shines when he sticks to his guns and describes his immediate experiences whether drug based or not. He’s so well-read he can weave together multiple traditions from multiple cultures, grasping their intellectual similarities. When he argues that the root of our present predicament is our enslavement to artificial time and the solution is a 13-month calendar to create a new global standard which will wipe clean all international treaties, trade, nation-state constitutions, legal codes, debt structures and corporate charters, it’s a bit like the oft predicted but never realized millennium day computer meltdown that was supposed to leave all the jets stranded in mid-air. It’s an idea he readily attributes to José Arguelles, co-founder of Earth Day and founder of the Harmonic Convergence. Arguing all revolutions start their own calendars, a golden age will thus be restored. Maybe it will happen, or maybe his vision will fade, just like those myriad colorful prophets extolled in Davis’s book, now just fascinating footnotes when viewed from a historical perspective.

Tamara Gonzales has spent her life living, experiencing, understanding, and connecting with the indigenous cultures of the Americas, spiritual and ritual practices from India and the Caribbean, and with Magick, as well as undergoing healing journeys facilitated through psychedelic plant medicines, without forgetting her early years professionally decorating cakes while being immersed in counterculture and the punk music circles of the 1970s in New York.

They Oughta Name a Shoe After You

Vyt Bakaitis, with three books of poems published and Refuge & Occasion due soon from Station Hill Press, is now wrapping up The Antigone Play, freely adapted from Sophocles by way of Hölderlin’s renowned German version.

Susan Briante is the author of three books of poetry: Pioneers in the Study of Motion, Utopia Minus, and The Market Wonders all from Ahsahta Press. She is a professor of creative writing at the University of Arizona. Defacing the Monument, a series of essays on immigration, archives, aesthetics and the state, will be published by Noemi Press in 2020.