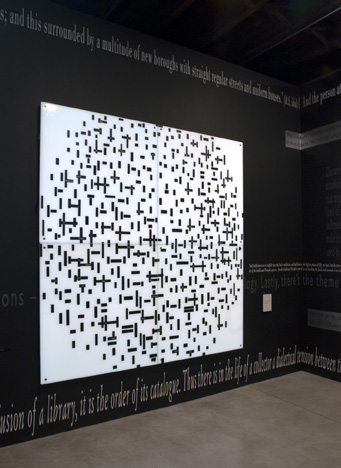 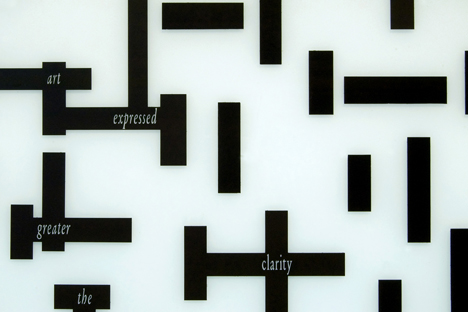 I am not sure about the meaning of PAN, the title given to this exhibition by Sean Scully, but the Greek origin of the word would appear to suggest sexual prowess. On another level, it might serve as an indirect allusion to Hellenic architecture, which was influential on the formation of his signature style.

Joiri Minaya: I’m here to entertain you, but only during my shift

“I’m not the motherland. I’m not a landscape. I’m framing this conversation. I’m not a flower. I’m only here to work,” declares a woman whose monologue acts as the soundtrack to video documentation of performances from 2017 by artist Joiri Minaya. The woman’s refusal of identities which connect the feminine to the landscape is emblematic of Minaya’s exploration of the female subject, in particular the construction of the tropical woman.

Parenthood is essentially a temporary arrangement, but one that can provide an abundance of joy even in the most ordinary moments. Billie Zangewa refines this muddle of emotion in eight fabric collages that make up her current exhibition.

The Numbers Must Have Context

Viruses do not know logic other than replication. But they are deeply attracted to distinct patterns of human behavior.