“Hello everybody. This is nice. This is like the beach in Duluth.” —Alan Sparhawk of Low

There are four distinct views from within McCarren Pool. West through the giant archway stands the Russian Orthodox Church with its luminous domes. Behind the concert stage looms an institutional building of endless windows and brick. Looking north, trees and a solitary water tower crest above the red brick wall. And to the south a metal pole, shaped like an industrial crucifix, rises into the sky, standing over the high-rise luxe condo skeletons of development.

Constructed under the authority of the Works Progress Administration in 1936, McCarren Pool was one of eleven built in New York City. The city’s Department of Parks and Recreation states on its website, “The building’s vast scale and dramatic arches…typify the generous and heroic spirit of New Deal architecture.”

This heroic space closed in 1984 and then sat vacant, ripe for graffiti and illicit meetings, until 2005, when the dance group Sens reinvented it as the venue for their site-specific performance Agora. Sens spent $50,000 renovating the pool’s arch and installing trash receptacles, among other things. 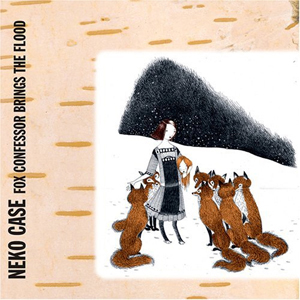 But music overtook the space this past summer. Live Nation, formerly owned by the music behemoth Clear Channel Communications, was granted permission to sell thousands of concert tickets for over $30 plus Ticketmaster fees in return for improving the pool facilities (at a reported cost of over $200,000). And the music-video production company Jelly NYC presented nine afternoons of hipster Sunday Service free of charge.

On July 9, Les Savy Fav capped the first of the Jelly NYC concerts. Lead singer Tim Harrington was the perfect man to close out the inaugural show, with his bathrobe shed to expose a fake-sunburned body clad only in running shorts. He threw sponges while dishing out the band’s signature mixture of math-rock and funk. At one point he catapulted himself into the dodgeball court while a game was in full swing.

The graffiti, which art galleries would have paid good money to exhibit, has diminished, and some twenty porta-potties now sit in a row along the south wall. A giant metal stage frame with a dizzying array of colored spotlights decorates a platform on the east, situated above the pool cavern.

Live Nation paired Sonic Youth with the Yeah Yeah Yeahs, Neko Case with Joanna Newsom, and Iron and Wine with Low to ensure a large indie attendance. Perhaps the most interesting act to play the paid shows was Califone, who opened at 6 p.m. for the Iron and Wine show.

The pool felt empty during Califone’s set compared to the huge crowds drawn on Sundays, but the band members still put everything they had into the performance. They segued between songs with a humming of reverb and ambient noise, as if they were tuning their instruments, choosing to play music rather than make witty banter. “In and out of sleep, even with the rise and fall,” sang Tim Rutili, and the song climaxed into a cacophonic symphony suited perfectly to the environment. If Califone’s new album, Roots and Crowns, is as good as their performance was, it’s sure to be one of the best fall releases.

Low then played the sun down, the condo frames in the background reflecting the early-evening light, the band’s lo-fi melancholy measures blending right in with the summer sunset. John Nichols’ steady humming bass echoed off the walls to create the feeling of submergence—as though sinking further into the depths of the empty concrete pool.

By the time Iron and Wine appeared, the darkness was vast. Samuel Beam gave a heartfelt thanks to Califone and Low, then said, “What a strange place to play. It’s like Byzantium or something.” Beam’s songs sound best when pared down, but this time a full band accompanied him. When a concert official told him he could only play one more song, he ended the night by singing a duet with his sister, Sarah Beam.

The free shows were less about the music and more about the scene; the paid shows, even though the acts were worthy, weren’t worth the money to get in, considering that the sound carried just fine outside the pool and the amenities were better there.

Because Newsom has a cult following, there were several Converse- and rectangle-glasses-clad guys guzzling bottles of Leffe and Pilsner Urquell, trying to get a peek of what the sprightly young woman was wearing behind her harp. She played well and mixed up her set with old hits like “Sadie” and new tunes from her forthcoming album, Ys, but the setting just wasn’t quite right. Her delicate and dizzying harp-plucking and intricate voice are meant for more intimate venues.

Neko Case, in contrast, could fill up the Grand Canyon with her voice, which is what it sounded like when she performed songs from her latest release, Fox Confessor Brings the Flood. The sound-mixing was not ideal, and her voice could have been turned down a little. Perhaps the balance was better inside, but outside her voice was just about all I could hear.

The free shows took place at night, and the daytime shows under the hot summer sun, and I’m not sure the free shows would’ve worked without that light. Although Deerhoof and Of Montreal kicked ass, the real scene was all those sweaty bodies in the middle. As for the paid shows, all the bands’ sets were enjoyable, but overall they were more suited to smaller venues, where tickets cost less and the sound technicians are better.

Although the city has voted to refurbish McCarren Pool to its former glory as a public pool, that fate is uncertain. The New York Times recently deemed the McCarren Park vicinity a whole neighborhood, significant enough to highlight it in its Sunday real estate section. The piece’s headline read “Welcome to Luxury Condoville.”

Where historically Poles and Puerto Ricans amassed to enjoy the summer days, increasingly the Pitchfork readers, those worshippers of kickball and eternal youth, encroach. As my friend, a Vassar graduate, commented at the Beirut/Deerhoof show, “I see so many people here that I went to school with.”

Nina Mdivani speaks to those recently displaced by the invasion of Ukraine.

Cross Pollination is the product of a partnership with the Crystal Bridges Museum in Bentonville, Arkansas, which has lent 16 prized images of hummingbirds by the quirky American salt marsh painter and naturalist Martin Johnson Heade for the occasion, along with other works.