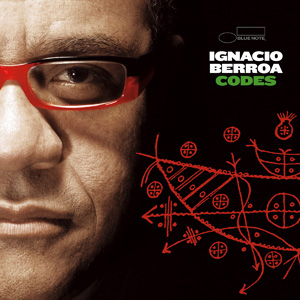 “The dean of timbales was Ulpiano Díaz, with Arcaño [mid-century Havana’s top act, along with Arsenio and Los Melodias del 40]; he originated cowbell effects that Arcaño hated, but [Arcaño] then said, ‘I had to concede to the taste of the dancing public.’ When the guys from Libre met Díaz in the ’80s, he was sad about the timbale’s demise in Cuba, saying players didn’t even know how to tune them.” (Libre’s Manny Oquendo, renowned for pitch mastery, was a top mambo-era bongocero before his blistering timbales fueled Eddie Palmieri’s ’60s band.) “Montecino Valdés came from Cuba and influenced Tito Puente. By the ’70s, Ritmo Oriental’s timbalero [Daniel Díaz] had expanded the sonoral range of the timbale ensemble—but today its use is in decline.” Lopez credits this in part to developments by Cuban drum-set phenoms from Ignacio Berroa (with Dizzy Gillespie by the early eighties) and Tony Valdez (of Havana’s jazzy Afrocuba) to El Negro Hernandez and Dafnis Prieto. “Nicky Marrero [Palmieri; Tipica 73] is probably the only pure timbale player left—his big band accents come from Orlando la Feire, who was with Beny Moré—along with Orestes Vilato [Ray Barretto; Santana] and Charlie Santiago in Puerto Rico, and some others. But the greatest I’ve ever seen is Manny Oquendo—nobody matches Tito Puente’s speed, but for my taste, Manny’s ‘talk’ type of playing is like a conversation.”

Percussionist Eddie Bobe, who led Central Park’s rumba circle for two decades, said, “The timbale is a Cuban creole instrument, evolved from the timpani used in danzon and other music of the period. Some say the name derived from the drums’ contrasting sounds: high (‘tim’) and low (‘bal’). The rumba elements are camouflaged within dance-band settings: In cowbell ride patterns and when the drum shells are struck, a technique called the cascara, while bongos reflect the quinto, rumba’s highest-sounding, improvising drum.” By the ’70s, when salsa began, “probably the important timbalero was Nicky Marrero,” Bobe said. “The timbalero’s role is to play time, patterns on bell or cymbal, accent horn lines, and solo. Nicky did this all on his own, and his ingenuity is very high-grade—he was influenced by Tito Puente and Willie Bobo. Cuba, Puerto Rico, and New York have distinct ways of interpreting the timbale’s shapes, drum patterns, and tuning. Caribbean drums are based on melody, something that’s inherent in Latin percussion traditions.” New York timbaleros were doubling on bongo, but Bobe noted that “when the drum set came into prominence in Cuba in the ’70s, the bongo became obsolete there. Changuito was one of the songo rhythm’s creators with Los Van Van; Ignacio Berroa brought songo here and taught it to Steve Berrios, whose studies with Julito Collazo [the master drummer who brought Havana folklore to mid-’50s New York] make him unique; Steve plays bata drums and conga, retaining African feel and phrasing.”

Berrios, having fused big stints with Mongo Santamaria and Art Blakey into a drumming technique both ravishing and daunting, joined with Jerry and Andy Gonzalez in the Fort Apache Band in 1980. Of drums and timbales since the 1930s, Berrios said “there were ‘society gigs’ and you played a tango, a paso doble, then a fox-trot; you always had timbales and a drum set, according to the song. Tito Puente put timbales in the front, because he was percussionist and bandleader. You couldn’t call Tito’s solo style Cuban—it was definitely a New York style, and he applied trap-set techniques. My big band influences were Sonny Payne with Basie and Charlie Persip with Gillespie; I saw them a lot when my parents took me to the Apollo. Julito Collazo was my big Afro-Cuban influence: Religious drummers usually only do that [ceremonial hand drumming], but Julito liked Count Basie, and recorded on trap drums with Tito Puente [and with Palmieri on timbales and bongo]. What he brought to the table was really amazing.” (Berrios’s First World from 1995 featured jazz luminaries and rumberos Collazo and Eddie Bobe.) Fort Apache’s wide-ranging skills, Berrios noted, will “go from a rumba—a typical Afro-Cuban feeling—to hard bop. The band has never rehearsed; it’s on-the-job training.” In the early ’80s, “We had tons of percussionists, and when we would go to play 4/4 jazz, they would have to sit back and cross their arms. Those instruments don’t belong in there.” Pared to a sterling quintet on 1989’s Rumba Para Monk, Fort Apache released mid-nineties Milestone recordings that sound at least as lush today, and 2005’s Blakey tribute, Rumba Buhaina.

Havana’s hot drummers in the ’70s were Guillermo Barreto, Ignacio Berroa, Irakere’s Enrique Pla, and Changuito. Barreto was “the most musical drummer I’ve ever heard,” Berroa said from his home in Miami. On timbales in Peruchin’s renowned piano sextet, Baretto then “recorded in Los Amigos with [pianist] Frank Emilio, [conga master] Tata Guines and the great Gustavo Tamayo on guiro [serrated gourd]. And he was a hell of a trap drummer: Tommy Dorsey’s band went to the Tropicana in the ’50s, where Barreto was house drummer. Buddy Rich got sick one night and Barreto played the whole show; he knew how to swing, he knew the language of jazz.” Berroa came here on the 1980 Mariel boat lift; after thirty-six days in a processing camp, he arrived in the Bronx, then met Mario Bauzá (musical director for Machito’s famed Afro-Cubans) at a rehearsal of reedsman Mario Rivera’s band. “Bauzá hooked me with [bandleader/composer] Chico O’Farrill, and I was playing timbales with the charanga orchestra Tipica Novel. But Bauzá had spoken to Dizzy Gillespie [they’d played in Cab Calloway’s trumpet section]. In December 1981, Dizzy’s drummer was stranded by a snowstorm before a Fat Tuesday’s gig. Dizzy asked Mario, ‘How about that drummer you told me about?’ That was my big break.”

Berroa’s debut as a leader, Codes, soars with rhythmic intensity and the eloquence of pianist Gonzalo Rubalcaba and saxophonist David Sanchez. “It wouldn’t have cost me a cent to do a Latin jazz album with Dizzy Gillespie as guest artist,” he said. “But I was learning the new language, the code of jazz, mixing it with Afro-Cuban codes. People go to Cuba and think religious practices there have always been as they see today—but in my day, people practicing Santeria or other religions were seen by the government as conspiring against principles of the Revolution. Curiously, I was exposed more to Santeria and to bata rhythms here. In music school in Cuba, nobody taught timbales, conga, bata drums: You learned that on your own.”

In 1992, after Cuban piano maestro Emiliano Salvador’s death, his last drummer, Francisco Mela, moved to Cancun, where he met pianist Danilo Pérez. From there, Mela went to Boston, joining saxophonist Joe Lovano’s quartet. With his delicious debut, Melao, out on Ayva, he tours with pianist Kenny Barron and with flutist Jane Bunnett’s Spirits of Havana. “Roy Haynes has more Caribbean rhythms than Elvin Jones; Elvin is more African,” Mela said of those legends’ rhythmic strengths. On melding those Caribbean roots with jazz, Mela recalled, “I asked Danilo, ‘How can you swing, being Panamanian?’ He said: ‘Play me the most beautiful Cuban music. Now keep the same flavor, but apply the swing pattern. That’s what Roy Haynes does: He’ll play like a timbale player—but swinging!’”