Look, I’m old enough to remember that it was not only acceptable at one time to make an album like this, but actually preferred. And—get this —people enjoyed it. The Wee Hours Revue miraculously maintains a current appeal while channeling faded strains of Oasis, the Jayhawks, the Rolling Stones, and ’90s alt-rock charisma. Does that scare you? It shouldn’t—unless you’re a hipster. The opening track, “Something Left to Say,” sets a lush, harmonic, and surprisingly urgent tone for the album. Lead singer Skip Matheny delivers the chorus—“The things you’ve done have made me what I am/And that’s catching the bus and half singing the tears of a clown”—with a brattish beauty that Liam Gallagher and Ryan Adams only wish they had. “You Don’t Belong to This World” is a reflective pop powerhouse that could be the bastard offspring of Whiskeytown and Toad the Wet Sprocket—it begs to be blared through car windows on a road trip. Reading the lyrics to the album, it’s clear that someone in the band is burning a hole through lost love. 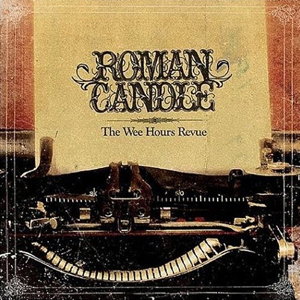 “Baby’s Got It in the Genes” is a crestfallen confessional of empty space once occupied, with lines like “When you see a roadside bar/Or an old button down with a cigarette scar/Think of me, babe, ’cause I’ll be thinking of you.” “Sookie” could be confused for a Twilight Singers cast-off single, but that’s fine; it still paints one of the most perfect pictures of bittersweet I have ever heard. I’m almost convinced they wrote it for me personally. Wee Hours is a complete album laden with genuine lyrics, smart harmonies, and heartbroken pangs in the fade. Don’t believe me? Find an autumn roof and bring a sixer of your favorite beer and this album. You’ll thank me (and Roman Candle). —S.D. 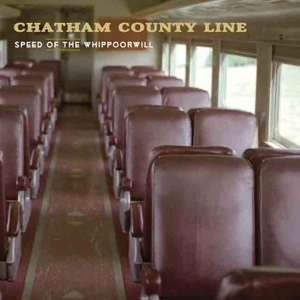 Let’s face facts here: Bluegrass is never going to be at the top of the Billboard charts. But that’s no reason not to listen to it if it’s done well—and Chatham County does it well. The band is incredibly tight and feels like a well-oiled machine rather than separate individuals. The songs have a catchy rhythm and the album never gets boring, which is the main problem I have with country music. “By the Riverside” is a gem of a song, upbeat like a summer afternoon, and “Savoy Special” comes barreling along like a steam-train out of control; the crystal clear notes the band pulls out of the air along the way are breathtaking. I have friends who love deriding “hillbilly music,” but the simple truth is that to play bluegrass this well requires a ton of technical expertise. Speed is an easygoing, bright album that sounds like it was fun for these guys to make. Welcome to Appalachia.
—G.M.

Chris Stills When the Pain Dies Down: Live in Paris
(V2 Records) 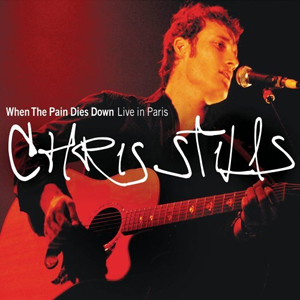 Chris has a good voice, but he wastes it here. On this collection of sappy ballads and cheesy songwriter tunes, he sounds like an over-emoting Christopher Cross. The lone exception is the last song (“Fanny”), which is a cover of the Band’s “The Weight” sung in French. Unfortunately, everything else here sounds like Adult Alternative songs that you might hear during an emotional scene on 7th Heaven or The Gilmore Girls. Stills tries to mix it up by singing a few songs in French, but then he just sounds like a bad French nightclub singer. Yes, Chris is the son of Stephen, but oh how far the apple has fallen from the tree. —G.M.

The Rosewood Thieves From the Decker House
(V2 Records) 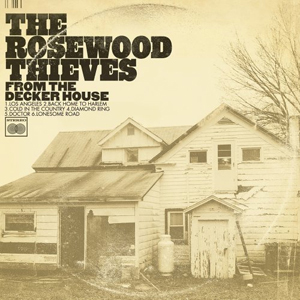 This is the story of a bunch of guys who went upstate to a deserted house to write some songs and then went to California to record them. The result is this impressive and catchy EP: It’s indie, it’s a throwback, it’s the Beatles, it’s Dylan, it’s a bit of blues, but most important, it’s good. “Los Angeles” is an infectious tune of longing and hope for a sunny day, “Cold in the Country” is brooding and hungry, and “Back to Harlem” is a blues-fused romp. Singer Erick Jordan has a great voice, which is given an other-worldly feel by the vocal reverb the band employs, but I also like the way they use the piano to keep the beat rather than simply as a melody instrument. From the Decker House is laid back but has a sense of urgency that keeps you listening. It’s a reflective album, but one that draws you in; the footprints these thieves leave will stay with you after the music stops playing. I’m looking forward to hearing a full-length from them to see if they can keep up the magic. —G.M.

No. No, no, no, no. No. This album is a complete disaster. Instead of pulling off a rock-countryâDrive By Truckers sound, Trainwreck Riders have only created noise pollution. This cacophony of racket is simply wrong. Like one of those four-assed monstrosities of Dr. Mephisto, Lonely Road Revival should be tied up in a burlap sack and drowned in the river. —G.M.

“So you see, Murph,” said Baron de Graün as he finished reading the report, which he handed to the squire, “based on our information, we must turn to Jacques Ferrand to track down the parents of La Goualeuse, and it is Mlle Rigolette we must question concerning the current whereabouts of François Germain. That is already a large matter, I believe, knowing where to look—for what one is looking for.”