One night late this past July, I received some upsetting news. I was where I always am at ten o’clock, where until moving to New York five years ago I’d spent pretty much every night between March and September since middle school—parked in front of the TV watching ESPN’s Baseball Tonight. Toward the end of the show, between highlights of the Pirates-Brewers slugfest and a segment called, “Web Gems”—a recap of the day’s best defensive plays—anchor Karl Ravech made the scripted-to-seem-innocuous announcement, “After eleven years, Harold Reynolds is no longer with ESPN.” The network offered no further comment. “WHAT THE FUCK!?” I hollered. 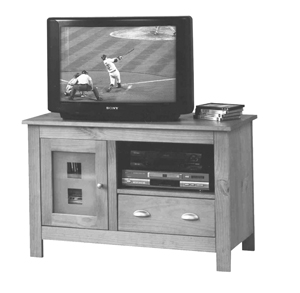 Concerned, my girlfriend peeked out of the bedroom, where she’d lately been sequestering herself, the bedroom being the only room in our apartment with air conditioning—and me not watching baseball.

I’d moved into her place in Astoria last October. For five months we’d only had eyes for each other, basking in pseudo-connubial bliss. Then April rolled around, and my attention began to wane, my gaze to wander. Not to other women, but to Vanessa’s 30-inch, flat-screen Sony Trinitron and adjoining cable box.

In four years, I’d lived in three different apartments, none of which had cable. So, I’d listen to the Yankees’ games on the radio. I wasn’t a Yankees fan so much as a baseball fan, and the erudite Charley Steiner and sage John Sterling made for better banter than humdrum Howie Rose and Gary Cohen across town. Then, in 2004, Steiner split for the Dodgers. His successor, Suzyn Waldman, with nearly two decades of on-air experience, was beyond qualified. But as with the first woman my father dated after my parents’ divorce, she didn’t stand a chance—even if she hadn’t been born and raised in Boston. Waldmyn, I mean, by her own admission, she had once been a proud Red Sox fan! Granted, I pulled for the Sox as much as for the Yankees, hoping to see the two teams deadlocked going into the final week of the season, relishing all the begotten drama. Nonetheless, I respected the sanctity of the rivalry, expressly either side’s intolerance toward defectors, and out of principle, switched the station to WFAN, where the dial remained for the rest of that season and next.

When I moved in with Vanessa, I left behind both boombox and, for all intents and purposes, bachelorhood. The two weren’t wholly unrelated. Just as no longer must I imagine what Jeter’s footwork looked like turning two, no more need I speculate what it’d be like to be loved by someone. Similarly, as life before Vanessa was messy, and only less so before cohabitation—for instance, waking up at six when she stayed with me in Williamsburg so that she could catch a car back to Astoria in enough time to get showered for work, an impossibility at my place with two female roommates themselves getting ready—so too was baseball before my introduction to and recent reacquaintance with Harold Reynolds.

No one on TV—with the exception of Joe Morgan—better understood or explained the intricacies of the game. In an era of the sport so preoccupied with spectacle—in addition to “Web Gems,” Baseball Tonight also features a segment devoted to home runs called “Touch ’Em All”—Reynolds preferred to extol the fundamentals. He even hosted a seven-part instructional video series for little leaguers, and by applying his characteristic scrutiny to ESPN’s coverage of the Little League World Series, Reynolds, in his nine years in the booth, single-handedly made the event one of the network’s biggest draws—in 2005, pulling in better ratings than its collegiate counterpart and, for one particular semifinal, Sunday Night Baseball.

Witness Reynolds’s break down of Devil Rays’ Carl Crawford stealing home (found by searching “Harold Reynolds” on YouTube.com). Sure, producers probably wrote it. But it’s Reynolds’s experience as a player—two All-Star appearances and three gold gloves in ten years with the Mariners—that sells it. Then again, it takes more than big league experience to make a good commentator. Take the rest of the Baseball Tonight crew. Tino Martinez is as bland as he ever was in Yankee pinstripes. On the other hand, John Kruk’s smart-ass routine, albeit endearing as a Phillie, is an annoying and transparent attempt to obscure a lack of knowledge and elocution.

As much as I wanted to believe him, I knew that if Reynolds’s hugs were anything like, say, his clarification of the infield fly rule, no way could he have been misinterpreted.

My initial reaction was that this was a bigger blow to baseball than Bonds and BALCO. Ortiz, Pujols, Ryan Howard—there will always be somebody to hit home runs. More rare are guys like Reynolds and Peter Gammons—out for much of the season with a brain aneurysm—guys who can tell you that a home run is actually a mishit, and that, in terms of sheer physics, the most desirable result for a batter is a line drive up the middle.

Now, almost three months later—and just as long since the last time I watched Baseball Tonight—something else gets me. Especially when ten o’clock rolls around and I’m lying in bed with Vanessa. The a/c still on despite it almost being October; after months of the lulling white noise, I can’t fall asleep without it. Anyway, what gets me as we’re huddled together beneath the covers is that while Reynolds’s dismissal and the accusations that led to it could very well ruin his marriage, it’s done nothing but good for my relationship.

SEAN MANNING'S writing has appeared in The New York Press and BlackBook.