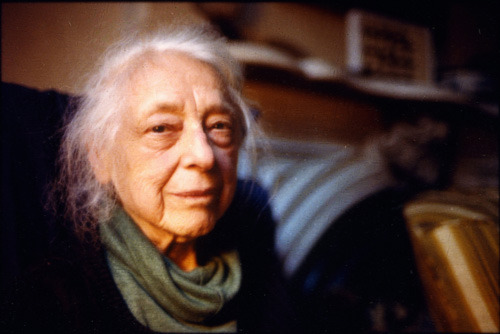 Born August 20, 1902 to Benjamin and Dora Milgram of Brownsville, Brooklyn, New York, Dr. Milgram Schapiro attended P.S. 125, P.S, 156, and Girl’s High School, graduating in 1919. She then worked as a part-time stenographer at the MacMillan Company and took evening courses in economics and poetry at Hunter College.

In 1924, Dr. Milgram Schapiro graduated from Barnard College and, in 1928, received her medical degree from NYU’s Medical School with highest honors and the Celano Gold Medal. That same year she married the art historian Meyer Schapiro, whom she met through her older brother, the orthopedic surgeon Dr. Joseph Milgram. The two men met in high school and shared an interest in photography.

Between 1928 and 1935 or 1936, Dr. Milgram Schapiro served as intern and resident at Bellevue Hospital, first in the adult male ward, and then in children’s surgery and the children’s medical ward. Her residency was interrupted in 1931-1932 by several months of study in Vienna and extensive travels with her husband to Germany (where she witnessed the early rise of the Nazi regime), England, France, and Spain.

In 1933, the young couple found a permanent home in Greenwich Village and Dr. Milgram Schapiro—while maintaining her position in the Children’s Tuberculosis Division at Bellevue Hospital and instructing NYU medical students and interns, particularly on physical examination and x-ray interpretation—opened a private pediatrics practice there. Dr. Milgram Schapiro’s published works include two important articles written in response to Dr. Edith M. Lincoln, who introduced the study of Promizole. The two articles were acknowledged as the first reports of successful treatment of children with Promizole. “Promizole Treatment of Miliary Tuberculosis,” 1946, and “Bone Complications in Children Treated for Primary and Milary Tuberculosis,” 1950, both appeared in the American Review of Tuberculosis.

Thoughout her own professional career, she attended nearly all of her husband’s lectures and was exposed to a whole world of intellectual personalities which included philosophers, writers, art historians, and artists such as Isaiah Berlin, A.J. Ayer, Earnest Nagel, James Farrell, Saul Bellows, Delmore Schwartz, T.W. Adorno, Fritz Novotny, Irving Howe, Barnet Newman, Mark Rothko, Philip Guston, Forrest Bess, Gandy Brodie, Jan Muller, Wolf Kahn and countless others. Her eventual attraction and commitment to the world of art and politics was inevitable. Essentially full-time after her retirement, she assisted Meyer Schapiro in his writing, worked on his archive, and, in 1995, compiled the bibliography of his vast output. On March 4, 1996, Meyer Schapiro died in his home. Until her death on September 6, 2006, Dr. Milgram Schapiro worked tirelessly with two assistants, Dr. Robin Sands and her nephew Daniel Esterman, and with long-time friend and publisher George Braziller, to ensure that several of her late husband’s posthumous volumes got into print. These include: