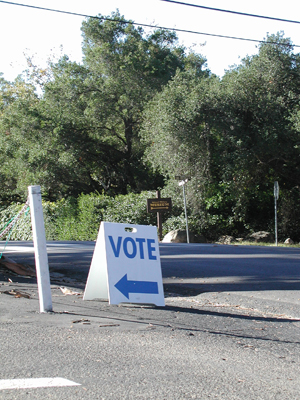 Counting Off Upstate: Just Say Moo by Ezekiel Edwards In New York State, prisoners are not allowed to vote. Eight out of every ten inmates are either African-American or Latino, and two-thirds are from New York City. How is it, then, that this disenfranchised, predominantly urban population of color enables the political careers of various white upstate legislators whose policies often run directly afoul of the interests of inmates and their communities?

This perverse phenomenon is made possible by the Census Bureau’s procedure of counting inmates as residents of the county in which they are incarcerated, also known as the “usual residence” rule. According to the non-profit Prison Policy Initiative, the Bureau’s application of the rule in 2000 resulted in 44,326 New York City residents being counted as upstate residents and 586 upstate residents counted in New York City, resulting in a net loss to the five boroughs of 43,740 residents.

Not only does the Census Bureau siphon political power away from the five boroughs to counties as far north as the Canadian border, one prison sentence at a time, the Bureau also directly affects the actual construction of New York’s political districts. Voting districts are determined by population size, and in order for a district to exist it must meet specific population requirements. The only way certain districts pass population muster is by including their disenfranchised prisoners as local residents.

In addition, because the inmates are counted by the Census as residents of the counties in which they are incarcerated, the districts’ per capita income is lowered, thereby increasing the federal funds they receive designated for the poor. Reassigning these funds upstate lessens the federal grants received by the downstate districts that these inmates call home.

A study by the Prison Policy Initiative found that there are currently seven state senate districts in New York that would not have enough people but for their “resident” prisoners. In other words, seven upstate senators depend on disenfranchised, mostly minority inmates for their jobs. The districts of two of those senators, Dale Volker and Michael Nozzolio—which account for more than 23 percent of all New York State prisoners—would be 6.79 percent and 5.99 percent under-populated, respectively, minus their inmate population.

If New York were an entirely homogenous region with no discernible political, social, economic or racial differences from county to county, this predicament would be far less problematic. But when was the last time you accidentally mistook Brownsville, Brooklyn for the town of Evans along Lake Erie?

Not only are these senators in power undemocratically, but they also possess powerful tools to shape criminal justice policy throughout New York State. Senator Volker, a former police officer whose district is home to Attica, Wyoming, Buffalo, Collins, and Wende Correctional Facilities, is able to wield tremendous influence over shaping criminal justice policy in the State as the Chairman of the Senate Codes Committee. Senator Nozzolio, whose district hosts Butler, Five Points, Auburn Correctional Facilities, and the Willard Drug Treatment Center, is Chairman of the Senate Crime Victims, Crime and Correction Committee (to which Senator Volker also belongs).

In other words, it is not just that these artificial voting districts are undemocratic in principal by counting people who cannot vote, it is that their senators—like Volker and Nozzolio—consistently legislate against the urban minority communities that account for the very inmates whose incarceration allowed these senators’ positions of power in the first place.

For instance, both Senators Volker and Nozzolio are zealous proponents of the lengthy prison sentences prescribed by the draconian Rockefeller drug laws. Regardless of how ineffective and out of date the drug laws, and notwithstanding how destructive they have proven to countless poor urban communities, Volker and Nozzolio’s records still show overwhelming support for the laws with the exception of two votes for very modest reform. Why? If such laws (under which nearly a third of all New York State prisoners have been sentenced) were repealed or seriously reformed, New York’s prison population would be reduced significantly, and Volker and Nozzolio might be without jobs.

Beyond criminal justice, the senators’ voting records have been injurious to middle- and lower-class interests in other areas. For example, since 1999, both Volker and Nozzolio have voted consistently to keep a minimum wage bill off the Senate floor. An elevated minimum wage benefits lower-income communities, including those throughout the five boroughs where thousands of upstate prisoners come from, and where many people work minimum-wage jobs yet find it painfully difficult to make ends meet. Raising the minimum wage jumpstarts the local economy by giving low-wage workers money to reinvest in their communities through spending on groceries, clothing, repairs on their home and cars, etc. Small businesses also benefit from reduced employee turnover (since employers can pay their workers more); enhanced productivity generated by more experienced, longer-term employees; and lower recruitment and entry-level training expenses.

Nonetheless, Senators Nozzolio and Volker have steadfastly opposed raising the minimum wage, repeatedly preventing such a bill from appearing on the Senate floor. When the bill finally did come up for a vote, Nozzolio voted against it, while Volker disingenuously voted for it. If Volker and Nozzolio were truly concerned about reducing New York’s crime rate, improving individuals’ and communities’ economic health, and helping to create safer, more prosperous neighborhoods—or if they ever had to answer to their phantom constituents—they would support a higher minimum wage.

Volker and Nozzolio again harmed their invisible “constituents” by successfully opposing a 2004 amendment increasing funds for state-subsidized day care. The amendment would have modified the Education, Labor and Family Assistance Budget bill by allocating an additional $100 million to provide 20,000 more day care slots for the 2004-2005 fiscal year. Families of four with incomes of about $38,000 or lower would have been qualified for subsidies to pay any legal child care provider in the state. Without this amendment, two-thirds of eligible children went without help in 2004-2005. The law did not guarantee day care for every child, but an estimated 20,000 additional children would have benefited.

Affordable, available day care not only provides a safe, nurturing environment for children to learn and grow, thereby increasing their prospect for literacy, higher education, and employment, but it is also an essential service for low-income parents trying to climb the steep economic steps into the middle class. Many parents cannot work and pay taxes without high-quality child care, particularly those parents transitioning from public assistance to full-time work. Despite the fact that many prisoners who provide the foundations for Volker and Nozzolio’s straw districts come from communities suffering from a dearth of reliable day care services (forcing many parents to sacrifice work), Volker and Nozzolio opposed the legislation.

Given this voting record, it is not surprising that Volker, acknowledging that his county had “more cows than people,” stated that if forced to choose between enfranchising cows or convicts, he would opt for cows since “they would be more likely to vote for me.” Fortunately for Volker, inmates and cows still share the same voting status.

The Census Bureau has said that abandoning the “usual residence” rule would be too costly and time-consuming. However, dubious logistical considerations should take a back seat to substantive principles underlying equal participation in government. Creating upstate voting districts by counting tens of thousands of non-voting inmates from New York City as upstate residents is patently undemocratic; moreover, it is outright corrupt that conservative, white, upstate politicians, whose political existence grows directly from the presence in their districts of disenfranchised minorities from Harlem, the South Bronx, Jamaica, and Brownsville, can have such a destructive impact on those very communities.

Under the Census Bureau’s current practice, tens of thousands of city-dwelling African-Americans and Latinos are unintentionally (and often unwittingly) facilitating the existence of otherwise ineligible white voting districts upstate, whose “elected” officials often create policies detrimental to urban communities of color. This system offends the basic democratic principle of one person, one vote, and harkens back to a tragic American legacy of under-representing certain disempowered groups in favor of the interests of the more powerful. It is time for the system to be changed.

Ezekiel Edwards is a Fellow of The Drum Major Institute for Public Policy.

Rediscovering an American Community of Color: The Photographs of William Bullard, 1897-1917

“Negroes can never have impartial portraits at the hands of white artists,” Frederick Douglass wrote in an editorial for The Liberator nearly 170 years ago.

The show is dominated by artists associated with what became known as the Washington Color School, including Kenneth Noland, Howard Mehring, Thomas Downing, and Gene Davis, whose careers benefitted from Clement Greenberg’s notion of “post-painterly abstraction.”