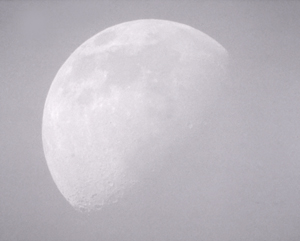 This exhibition brings together an eclectic group of photographs made over one and a half centuries. Curators Justine Kurland and Dan Torop, themselves photographers, culled work from public and private collections to form an exacting, distinctive compilation. There are many gems to be found by names familiar, forgotten, and yet to be widely appreciated. The associations that the curators draw between works of the nineteenth century and of today suggest that photos captivate the imagination in many of the same ways now as then, despite the passage of time and the proliferation of images well beyond the point of oversaturation.

In a written statement, Kurland and Torop declare that in making their selections they deliberately bypassed the modernist tradition in which photographers sought to capture the “real.” Instead, they long for a time before we were numbed to images and believed still in their transformative abilities. The subject of the show, they state, is magic.

A new work by David Benjamin Sherry, “You Are Your Mother’s Only Son and a Desperate One” (2006), depicting a woman’s face tilted ecstatically toward the sky, has a feel-good 1970s vibe, with its soft focus and kaleidoscopic repetition. This image hangs next to a set of gelatin silver prints by Clarence Kennedy from the late 1920s and early ’30s of transcendent expressions on the faces of Renaissance tomb sculptures. Another grouping links Annika von Hausswolff’s “The 21st Century Transitional Object” (2004), which is of two people under a blanket like a two-headed Halloween ghost, with images of draped figures, live and sculpted, including a statue of Mercury in “Mercury Par Milo” (c.1916) by Atget and a black-and-white photo by Alice O’Malley, of a man, “Kenny Kenny, NYC” ( 2003), swathed in sheer fabric.

The curators’ critical stance, however, harvests some contradictions. They advocate the poetic over the scientific, and yet some of the show’s most lyrical images were the outcome of scientific exploration. Antoine-Henri Becquerel’s experiments, “Various Rays Emitted From a Radioactive Substance Through A Slitted Screen” (1901 and 1903), result in ephemeral abstractions and W.F. Swann’s photograph of the cosmos, “NGC 6992 Network Nebula” (c.1930), is enchanting. The very presence of such images are reminders that technical does not equal clinical.

Nor do the more exotically-themed images draw their appeal from pure fantasy. Some of the earliest photographs made after the medium’s invention were of ruins of lost civilizations in distant lands, such as Félix Teynard’s study of Egyptian pyramid statuary, “Grand Spéos, Statues Colossales Vues de Profil, Abu Simbel” (1851-52). One imagines that nineteenth century viewers were fascinated by such images not only because they captured mythical cultures, but because they depicted places to which one could travel and view firsthand; sites tangible and real.

One is left to wonder how necessary this show’s polemical distinction between the spiritual and the rational really is. Hasn’t the “magic” power of photography always been its simultaneous grounding in the real and its reach for the fantastical? While it is capable of imagination equal to other media, it uniquely retains an established connection to a referent existing in real time and space—what Roland Barthes termed its “that-has-been” aspect. Photography is a constant balancing act of these inherent characteristics; it’s what makes it both seductively convincing and alluringly unreal.