DISAPPEARED IN AMERICA is an ongoing project by Visible Collective/Naeem Mohaiemen that uses films, installations, and lectures to trace migration impulses, hyphenated identities, and the post-9/11 security panic. Excerpts of the project have been shown at various venues, including the 2006 Whitney Biennial.

The majority of migrants detained amidst the recent security hysteria have come from the invisible underclass of cities like New York—the shadow citizens who drive our taxis, deliver our food, clean our restaurant tables, and sell fruit, coffee, and newspapers. The only time we “see” them is when we glance at the hack license in the taxi partition, or the ID card around the neck of a vendor. When detained and deported, they cease to exist in the American consciousness.

Visible Collective and Mohaiemen are based in New York City. For more info, go to www.disappearedinamerica.org 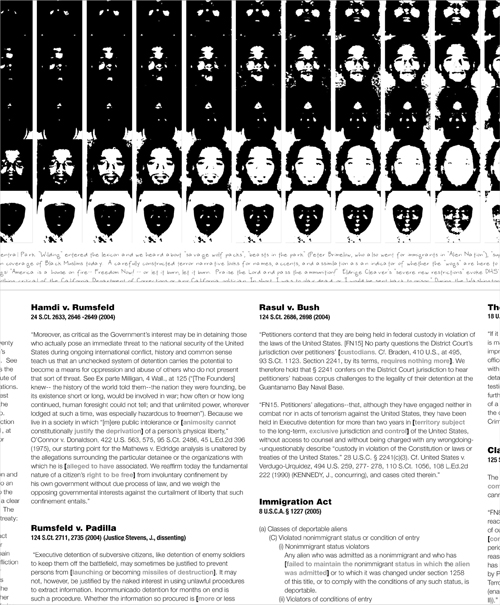 NAEEM MOHAIEMEN is a writer and visual artist (shobak.org).