These photos of burlesque dancers are a result of my interest in seeing performers off stage, unmade up and un-costumed. I wanted to investigate how their on-stage personalities are manifested in their domestic, private moments. 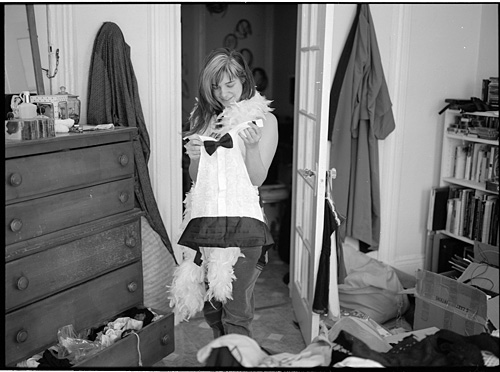 I asked Andi Lawton (aka Honey Birdette of Big Apple Burlesque) to show me some of the costumes she’s collected, bought, and made over the years she’s been performing. As we talked and I photographed, the pile of clothes grew. She pulled out drawers and suitcases of dresses, gloves, hats, and, of course, pasties, telling me stories of where the costumes came from and the different performances she’s been involved in. 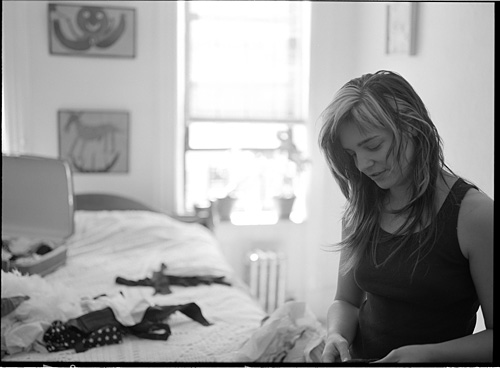 “On a couple of occasions my tassels have flown off mid-twirl in performance. Once it was caught on film. The producer I was working with at the time posted the photo on his Web site. It was the one time in my life I wish I’d had a giant over-protective boyfriend with a black belt or something. I have a sharp tongue, though. He took the photo down.” 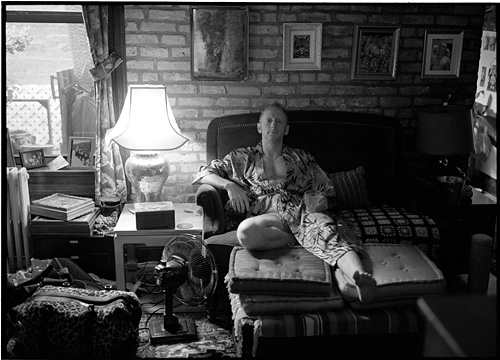 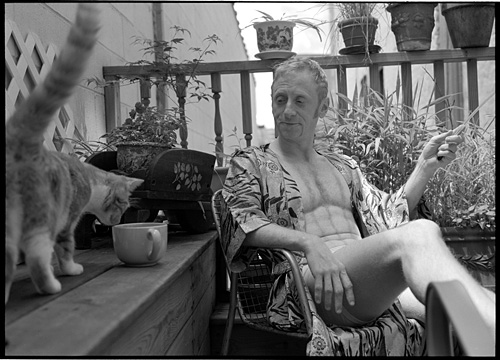 I met Tigger at his apartment in Alphabet city around noon. Lucky for me, he had just performed into the wee hours the night before at the Slipper Room, and he was still in his robe, cleaning off the makeup and sparkles left over from the performance. A librarian-by-day, Tigger allowed me to photograph him in his weary, just-woken-up state, as he drank coffee and regaled me with stories—including his trip to the Miss Exotic World pageant and competition, where he won the first ever “Mr. Exotic World” title and trophy.