DADA
The Museum of Modern Art 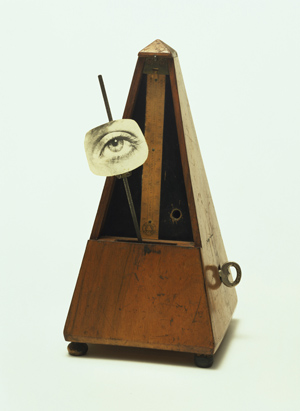 “A point that I want very much to establish is that the choice of these ‘ready-mades’ was never dictated by aesthetic delectation.”
—Marcel Duchamp (1961)

Originally organized by the Centre George Pompidou in Paris under the curatorial guidance of Laurent Le Bon, “Dada” was given two venues in the United States—one earlier this year at the National Gallery in Washington DC and now at The Museum of Modern Art in New York. While the American version of the exhibition is substantial, it offers less than the original, more extensive exhibition in Paris. Many of the personal letters, journals, notes, and other forms of printed documentation included in Paris did not make it overseas. Given that the texts were not written in English, it was assumed that the majority of Americans would not find it of value—an unfortunate, but regrettably practical decision. Even so, the selection of work and the installation of the exhibition at MoMA are mind-boggling. Indeed, Dad(a) and Mom(a) are finally together again on their own terms with all their subversive children running around, mucking-up institutional art, and challenging the comforts of bourgeois culture.

It is often assumed that artists who aligned themselves with the Dada movement in the early twentieth century were against art, but this is not entirely accurate. It would be more accurate to say that Dada was against aesthetics, specifically the kind of aesthetics in which art is delimited in terms of power. The implication is that culture and politics are equally contained within the realm of power, that is, a preemptive elitism administrated by the ruling class. For example, the artist Hans Richter—who used the term “anti-art”—never stopped being an artist, but through his “anti-art,” he found a way of expressing radical opposition to those conventions associated with European “bourgeois intellectualism.” Artists, such as Hans Arp, Hugo Ball, Marcel Janco, Tristan Tzara, Richard Huelsenbeck, and Emmy Hennings—whose works and documents are also included in the Zurich section of the current exhibition—may have been euphoric rabble rousers in 1916, but they were also fundamentally artists searching for a way to express their dissatisfactions with society inside the geographical and ideological parentheses of Switzerland. Most of them went to Zurich—either as draft dodgers or as intellectual exiles—because it offered them a relatively safe haven where they could live cheaply and bide their time. They had nowhere else to go: the catastrophe of the Great War was raging around them in the trenches and battlefields of Europe. 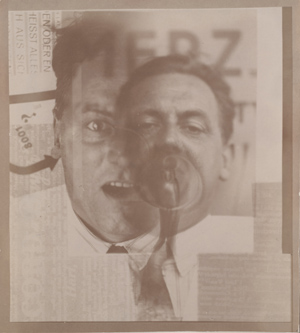 Based on a Rumanian word, randomly chosen, meaning “rocking horse,” Dada had a certain antagonistic flare. The artists overtly denounced the war as a direct manifestation of unbridled economic greed and mindless rhetoric. Their familiar battle cry—“Epater la bourgeoisie!” (To shock the middle class)—was not against a particular nationality. They did not single out the Germans or the French or even the United States. Their target was the hypocrisy and ineptitude of the European middle class.

While this slogan might sound ludicrous to many museumgoers today, the Dadaists saw it differently. Their logic went as follows: The European middle class identified itself at the outset of the war in terms of wealth, power, and culture. Each nation regarded its culture as being of a high order. In other words, high culture—not “mass culture” (a concept virtually unknown)—was reflected in high art. Whether painting, sculpture, literature, opera, music, or theater, the aesthetics of the time was interpreted on the basis of elitist codes of behavior and implicit standards of connoisseurship. From the Dadaist point of view, these codes and standards were largely determined by class. These were handed down from nineteenth century aristocracies and rapidly subsumed into the evolving class-conscious establishment of early twentieth century Europe. In a nutshell, this is what led these artists to embrace chaos and irrationality as the most expedient reflections of what was happening in war-torn Europe. A film projected outside the entrance to the exhibition on the sixth floor is an actual document that shows the military maneuvers and devastating effects of the war and, in its own way, makes clear the context for the work in the exhibition.

As curator Anne Umland has suggested, the New York exhibition presents Dada “less as a wholesale disavowal of art than a complete and radical rethinking of art’s definitions and rules.” While this is not entirely off-base, there are class issues that become evident in viewing these works—such as the brilliant machine paintings of Francis Picabia, the collages of the Hannover Merz artist Kurt Schwitters, the poem-paintings of Jean Crotti and his wife Suzanne Duchamp, the Cologne collage artist Johannes T. Baargeld, and the marionettes of Alsatian painter Sophie Taeuber-Arp—that fly in the face of all that was considered art in the past. As previously stated, the Dadaists were interested in rejecting art as a manifestation of middle class values, including the kind of hypocritical rhetoric that concealed political and economic motives. By using a highly ironic and confrontational set of images, often in combination with language, each of these artists was intent on breaking down the barriers to communication between the classes. This is evident in Berlin Dada, especially in the paintings of George Grosz, the collages of Hannah HÃÂ¶ch, the photomontages of John Heartfield (strangely absent from the exhibition), and in the manifestos and sound poetry of Raoul Hausmann and Richard Huelsenbeck.

Aside from Picabia, Schwitters, Heartfield, and Grosz, many of the aforementioned artists are not well known or often shown in the United States, and for this reason alone this exhibition is a valuable resource for expanding our references to the Dada movement. DVD projections of the black-and-white silent films by Rene Clair, Marcel Duchamp, Man Ray, Victor Eggeling, and Hans Richter on hanging screens throughout the galleries, not to mention the “bruitist” sound poetry recited by I.K. Bonset (a.k.a. Theo van Doesburg or Christian Emil Maria Kupper), Hausmann, and Schwitters, add a vital dimension to the overall impact of this enchanting exhibition. Also, unlike the combined approach employed by William Rubin in MoMA’s 1968 exhibition, Dada and Surrealism, the Dadaists can be appreciated independently from their Surrealist inheritors. Distinguishing the two movements gives the Dadaists a more focused position both in terms of introducing the irrational into art and, more importantly, as a form of political art confronting the power mechanisms of their time. They were against anything that inhibited their expressive potential, whether internally or externally, and in favor of all that contradicted assumptions concerning art’s reality. Thus, as the current exhibition reveals, Dada was perhaps the most romantic, political, and definitely paradoxical movement in the legacy of twentieth century Modernism.