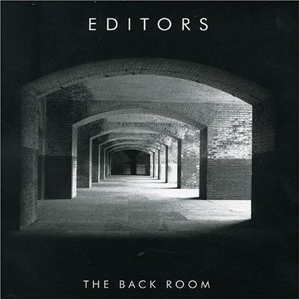 1. Editors: The Back Room

“They’re too derivative of Joy Division.”

Those preceding quotes were all I knew of Editors before I had a chance to form my own opinion. Already I didn’t like them. Then I decided to get a little crazy and actually give The Back Room a listen, and I was reminded how stupid people can be. Sure, the first track, “Lights,” could be an Interpol B-side, but does that make it any less good? Not a chance. “Munich” subsequently crawled into my head and seems determined not to leave anytime in the foreseeable future. “Blood” bobs the head and sounds as if it could have been written by Stellastarr* on an overcast day. But my favorite track just might be “Fall,” a sugary-sweet shot of melancholy that is equal parts Joy Division and early-nineties shoegazer-pop. There, I said it. And you know what? There are worse bands than Joy Division to derive your influences from. Let Back Room continue to play uninterrupted and you will be hard pressed to find an unlikable song. You will also be rewarded with “Open Your Arms,” a churning, anthemic ode to broadening horizons and opening minds. If only those who had pre-judged this album with their misguided musical barbs had heard this song first. You know what people like that make me do? Yawn.—S.D. 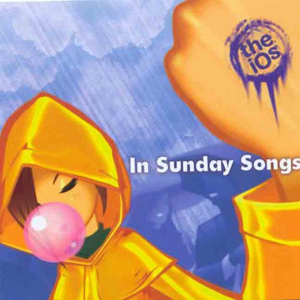 2. The iOs: In Sunday Songs

Wow, this album absolutely rules. If you happen to be ten years old. In fact, I’d like to see ID from every member of this band. I hear…the Wiggles. I hear…Schoolhouse Rock. I hear…mom calling them in for dinner. When I was asked to write a paragraph on this album I seriously considered writing the word “awful” three hundred times. Note to the Rail: Do not ever send an album like this to me again. I know where you live. While the sound may be different, I have not heard anything this vapid since Silverchair. The first track, “Neveright” (even the name is agitating), is laden with such embarrassing keyboards and goofy synthesizer effects it must have Marc Almond dry-heaving. In Sunday Songs contains more bubble gum than a Topps factory, and oozes more mindless musical drivel than a Hanson family picnic. If anyone knows the next time the iOs are playing NYC, please let me know. I have a bucket full of Lincoln Logs I’d like to throw at the stage.—S.D. 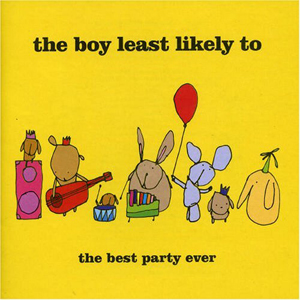 3. the boy least likely to: the best party ever

From the cover art to the sparkling, bubbly tunes, the best party ever is the album you never expected. The first song, “Be Gentle With Me,” sets the tune of this happy, bouncy album (a pretty rare thing nowadays) and sets you up for the tambourines, triangles, xylophones, and recorders throughout the album. If Winnie the Pooh had musical talent, this would be his band. As sing-songy as the album might come off, this collaboration is about growing up and getting older—while not losing that simple, magical worldview we had as kids. With lyrics like “If I wasn’t so happy/I wouldn’t be so scared of dying” and “I’ve got nothing to worry about/So I worry about nothing,” and song titles like “Warm Panda Cola” and the incredibly catchy “I’m Glad I Hitched My Apple Wagon to Your Star,” this release is a breath of fresh air in an otherwise stagnant world. It makes me smile.—G.M.

A poppy alternative band, Monsters Are Waiting can hang out in my closet or under my bed anytime. They’ve got a great beat mixed with introspective tendencies that’ll make you tap your feet. (Imagine My Bloody Valentine and PJ Harvey having a love child. And Liz Phair as the godmother. And Karen O. as a distant cousin.) They’ve also got a sultry-voiced lead singer that they use perfectly; her voice is ethereal, childlike, cutting, and luxurious all at once. “Last Goodbye” and “Fascination” start the album off upbeat, and “Nobody” slows it down to a brooding, paced wail of longing. It’s a completely solid album and every song is where it should be. I couldn’t find any duds, and while you know it’s the same band the whole time, they are able to make each song distinct enough to show they’ve got some talent. And as a bonus for people who stick through the whole album, “Monsters” is a little ditty at the end that is reinvigorating and sounds like they’re having some fun.—G.M. 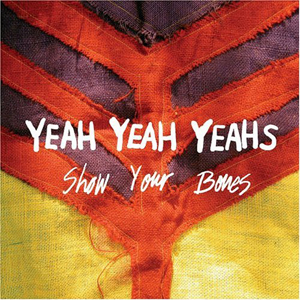 There was no way I couldn’t at least mention this album. With this totally solid sophomore effort, Karen O. cements her place in my mind as the First Lady of rock. From the strong opener, “Gold Lion,” to the jagged “Phenomena,” the YYYs are still a dirty, gutter rock ’n’ roll band that make you jerk uncontrollably. In a good way. I’d love to spend time with that woman, but I know I’d never last the night.—G.M.

The Future of Automation

Gary Roth reviews two timely and important books—Jason E. Smith’s Smart Machines and Service Work: Automation in an Age of Stagnation and Aaron Benanav’s Automation and the Future of Work.

Kathleen DelMar Miller is a poet and psychoanalyst. Her poems have been featured in journals and anthologies such as Bay Poetics, How2, Jacket, Sifter, Matrix Magazine, Boog City and Stonecutter Journal. Her reviews can be found in The Poetry Project Newsletter and Jacket2. She has an essay in writer and psychoanalyst Adam Phillips’ most recent publication, The Cure for Psychoanalysis. She holds an MFA from Bard College and maintains a private practice in NYC, where she works with artists.

I met Genesis in 1980, while I was writing for a Japanese music magazine. He turned up one day on my doorstep, a bunch of Throbbing Gristle albums and Industrial Records press releases under his arm, and his assistant Stan Bingo in tow.

BUT IT WON’T STOP THE WAR

Alan Gilbert is the author of two books of poetry, The Treatment of Monuments and Late in the Antenna Fields, as well as a collection of essays, articles, and reviews entitled Another Future: Poetry and Art in a Postmodern Twilight.