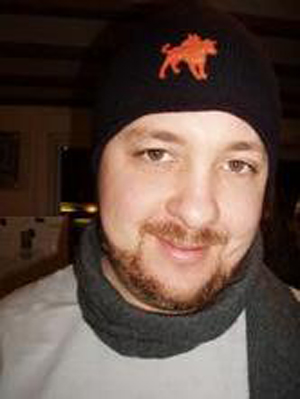 This disparity came to a head in December 2005, when police charged into McGowan’s Brooklyn workplace, WomensLaw.org, which runs a website providing easy-to-read resources to women on the run or contemplating leaving an abusive partner, and arrested him.

McGowan was one of 14 people apprehended between December and March 2006 as part of Operation Backfire. All were indicted on federal charges of arson, property destruction, and conspiracy. The charges against McGowan—which he denies—stem from two 2001 arsons, one at the Superior Lumber Company in Glendale, Oregon and the other at Jefferson Poplar Farms outside of Portland. No one was injured in either blaze. The Earth Liberation Front, a decentralized underground movement that boasts of using “direct action to sabotage corporations and government agencies that profit from the destruction of the natural environment,” took credit for them.

In announcing the indictments, Alberto Gonzalez told the press that the 14 activists “constructed incendiary devices…to destroy buildings, vehicles, and other targets chosen to harm the government, disrupt the public, and strike at the economic well-being of states, governments, and private property.”

If convicted, McGowan will face a mandatory life sentence, without the possibility of parole, the longest incarceration for a victimless act of sabotage in U.S. history.

One of his attorneys, Amanda Lee, calls this “very troubling. Ahmed Ressam, the Millenium Bomber, had a truckload of explosives and was planning an action at Los Angeles International Airport. He got 22 years when he was sentenced in 2005. There is a vast difference in how the government has approached the international terrorism cases it calls its highest priority, and these cases in which no one was injured.”

McGowan, whose website describes him as an environmental and social justice activist, got involved in politics as a student at SUNY-Buffalo. Following graduation, he traveled to Thailand, then spent four years working in the Pacific Northwest. McGowan returned to New York in 2002; at the time of his arrest he was enrolled in the Tri-State College of Acupuncture. The 32-year-old Queens native is presently under house arrest—he was released on $1.6 million bond in January and is allowed outside only to see his pre-trial officer. He is still employed by WomensLaw.org and lives with his wife, sister, brother-in-law, and niece. Although he has been advised not to speak to the press pending trial, his Kafkaesque case has garnered supporters the world over.

Ryan, who asked that his surname not be disclosed, met McGowan in the summer of 2003, shortly after Republican leaders announced plans to hold their 2004 national convention in New York City. “A few friends started the NO RNC Poster Project, which later evolved into Visual Resistance, to organize an artistic response to the convention,” he says. “Daniel was our first and most consistent supporter. He was involved in a group working against the RNC and gave us financial and logistical help.”

When Ryan learned of McGowan’s arrest, his initial reaction was paranoia. “The arrest came out of nowhere. You can’t help but think, ‘why not me?’ I’ve never done anything I consider wrong, but who knows what the government will think. We know that the NSA is spying on everyone, monitoring phone calls and e-mails. They can say you were in the same place as someone, or on a list serve with someone. These actions make people scared to do anything, to even sign a petition, let alone take to the streets.”

While Ryan’s initial fears have abated—he is currently working with other members of Visual Resistance to organize an art auction to benefit McGowan—he remains conscious of the political climate. “The government is prosecuting people for their politics, trying to drive a wedge between radicals and moderates and trying to scare us.” Worse, he adds, the indictments tie people up in court battles so that they have less time for activism.

Like Ryan, Angela Coppola met McGowan shortly before the RNC Convention at a meeting to plan protest activities. They became fast friends. After the convention, she says, Daniel turned his attention to Jeff Luers, an environmental activist sentenced tomore than 22 years in the Oregon State Penitentiary. Luers was convicted after admitting that he torched three SUVs in 2000. “No matter what you think of what Jeff did, his sentence is absurd,” says Coppola. “He was sentenced on political grounds. Before his arrest, Daniel hounded Amnesty International to work on Jeff’s case. He wrote to Jeff every single week. Daniel opened my eyes to the issue of political prisoners.”

Amanda Lee sees her client’s arrest as “a public relations tactic. The government can appear to be tough on terrorism, to give the public a sense of comfort…A lot of people think that the government is trying to shut down animal rights and environmental activists. It could be true.”

While the government is not required to make its witnesses available for depositions before trial, they do have to turn over certain evidence, and Lee and co-counsel Jeff Robinson are conducting an independent investigation of these documents to piece together what happened in Oregon. “The government is required to turn over statements of witnesses, recordings, videos if they have them, phone records and wiretap reports before we go into the courtroom,” Lee says. “They’ve given us a massive amount of stuff already.”

After everything has been reviewed, but before the trial begins—it is set for October 31 but is likely to be adjourned—substantive legal motions will be submitted to the court. “We’ve been assigned a very accomplished federal judge, Ann Aiken, and she appears to be fair, balanced, and knowledgeable. She takes the case seriously,” Lee says. If the charges are not dismissed as a result of the attorneys’ motions, a jury will be selected and Lee expects the trial to run a minimum of six weeks.

Lee cannot discuss the evidence against McGowan but his supporters believe that the only “proof” the government has is testimony from a known heroin addict who wore a wire to record conversations with him. He reportedly discussed the fact that McGowan traveled to Canada in the months following the arsons, something supporters say is irrelevant. McGowan, they say, simply went north to visit friends. The Department of Homeland Security did not respond to requests for information.

Meanwhile, a committee of McGowan’s supporters is working tirelessly to publicize the indictment, raise funds for his attorneys, and support the other environmentalists who have been charged.

“These very dramatic incidents end up being reduced to clichés,” says McGowan’s friend, Angela Coppola. “When Daniel was arrested my blood really ran cold. I was raised to value people who build community, who have a sense of humor and are kind, caring, and great communicators. Daniel is that kind of person. He’s got an incredible mind and is passionate about what he believes in. He’s very special and the outpouring of support he’s received bears that out.”

Visual Resistance member Ryan agrees. “We were scared for a few months,” he admits. “But we know how to organize and we know how to fight. The government found a high-profile activist and decided to get him. Who knows how they pick who they pick? All I know is we have no choice but to defend our friend.”

Visual Resistance will hold a benefit for McGowan on June 27 and 28 at ABC No Rio, 156 Rivington Street on the Lower East Side. For more information contact visualresistance @ gmail . com.

To get involved in McGowan’s defense committee, contact www.supportdaniel.org.

Many of us are aware of our inexplicable craving for any kind of doctrine of the absolute, any form of rigid structure, or any sort of simple dichotomy, especially in times of disproportionate crisis as we’re currently confronting—which we know too well can lead to actual devastating consequences.

How will we be endowed with fearlessness, the courage that is required to create or make something, which can achieve some form or shape that speaks to who we are as unique and autonomous beings, while generously generating universal and shared values from our creations to our fellow human beings?