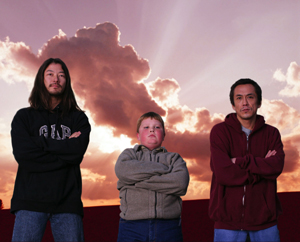 Subway Cinema will be bringing the best (and wackiest) of Asian pop cinema to our doorstep with their 5th annual New York Asian Film Festival. The festival provides the most gloriously mind numbing entertainment to be found in Asia each year while offering a cross-section of the region’s current cinematic trends. This year’s fest boasts twenty five films in all, including one each from Thailand, Malaysia and China, and a sidebar of films by Indian director Ram Gopal Varma. The surprising surplus of Japanese and Korean films proves not only these countries’ cinematic vibrancy, but also how internationally user-friendly they are.

Any true Japanophile will identify the title of the film Linda Linda Linda with the eponymous hit song by The Blue Hearts, the 80s pop-punk kings of Japanese rock. What could be more charming than a film about three Japanese high school girls who form a band in order to perform a few Blue Hearts covers at their school’s culture festival (a combination talent show and crafts fair indigenous to the Japanese school system)? There’s a nice twist when they enlist an aloof Korean exchange student to be their lead singer.

The premise immediately brings to mind the synchronized swimming farce Waterboys and its follow up Swing Girls (hapless high school girls form a swing band). Whereas those films relied on manga inspired gags for comic effect, the leisurely paced Linda Linda Linda derives its dry humor from the absurdity of life itself. Director Nobuhiro Yamashita, known for his languid films about slackers (No One’s Ark, Ramblers), utilizes a modest style of detached framing and simple set ups, capturing the wistful disaffectedness of contemporary Japanese youth. Like Shunji Iwai’s Hana and Alice from last year’s fest, the adolescent awkwardness and emotional pangs of Linda Linda Linda ring authentic. Linda Linda Linda relies less on dramatics and more on Yamashita’s eye for realistic, ethereal moments. Adding to the film’s credibility are the cast of real life teenagers, the ringer being the charming oddball Korean exchange student, played with disarming aplomb by rising star Bae Du Na (the lunatic girlfriend from Sympathy For Mr. Vengeance). 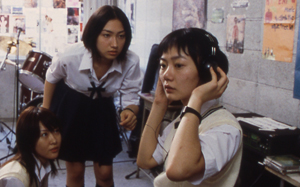 Linda Linda Linda capitalizes on the Kanryu Boom, the recent popularity of Korean pop culture in Japan, without even a single mention of the well known racial tensions between Japanese and Koreans. These issues are addressed head on in Pacchigi!, a sort of west side story with Japanese and immigrant Koreans set in 1960’s Kyoto. Ironically, the Koreans seem to all be played by Japanese actors.

Two more films wax nostalgic via retro-chic recreation of by gone eras. Welcome to Dongmakgol, Korea’s submission for the academy awards, describes a secluded mountain village living in blissful innocence of the Korean War until soldiers from both sides converge. Always San-Chôme no Yûhi (Always: Sunrise on 3rd Street), which swept last year’s Japanese academy awards, uses CGI and an elaborate production design to recreate a Tokyo street in 1958. The ramen museum in Yokohama does the same thing, albeit on a smaller scale. Based on a manga this film almost follows the tradition of Japanese social realism by focusing on everyday people as its heroes. The apparent feel-good tone and use of modern movie magic to turn back time is likely to dissipate any possible empathy.

The Korean film Blood Rain, set in the 19th century, is neither kung fu or swordplay, or even a solemn tragedy, as we’ve come to expect from most Asian period pieces that play festivals. Blood Rain instead weaves a sordid tale of a detective after a serial killer in a mysterious island village. Duelist on the other hand turns out to be a swordplay film without any real swordfights. We follow a sassy female detective and her older, comical partner in their pursuit of counterfeiters and a mysterious pretty boy swordsman.

Based on a Korean manga, Duelist is an example of style over substance, but not in a good way like director Lee Myung Se’s previous film, the gritty police potboiler Nowhere to Hide. The rousing opening chase through a labyrinthine marketplace sets a promising fast pace that does not pay off. Despite an occasional resemblance to classic swordplay films, such as those of Taiwanese director King Hu, the shiny veneer that comes with CGI action overwhelms the film until there’s little left save uninspired slapstick and insipid romance. Fight scenes here are not about choreography as much as they are about flashing colors and impressionistic lighting. The exquisite cinematography and sometimes stunning images do not rescue Duelist from a visual style based on playing with the DVD remote: random freeze frames and fast and slow motion do not make an exciting swordplay film. While cut from a similar mold as Duelist, the lush Japanese forbidden romance ninja epic Shinobi, featuring heartthrob Odagiri Jo, at least does not pull as many punches in the fighting department. 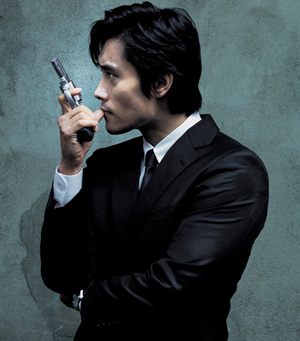 For dazzling style with just the right amount of substance there is Kim Jee Woon’s noirish gangster tale, A Bittersweet Life. With production values that surpassed Argento’s most refined gothic backdrops, Kim’s A Tale of Two Sisters told a simple story with exquisite details, affecting a far reaching, eerie resonance. The same deft touch is evident here in the story of Sun Woo, a detached enforcer whose powerful gangster boss asks him to watch over his young mistress. If she is having an affair, as the bossman suspects, Sun Woo is to kill her. But when the time comes the steely Sun Woo has a change of heart, setting a chain of violent acts in motion.

The Christian influence on Korean culture has obviously fostered latent guilt, and in turn, a Jesus persecution complex. As in the Grittiest of spaghetti westerns, our hero has to endure torment before he can be reborn and exact his final revenge. Some might see A Bittersweet Life as a take on extreme Korean films, Park Chan Wook’s Oldboy in particular. What we do have is a wonderful pastiche of modern noir and action films with a subtle emotional edge. Sun Woo’s commitment to action on his path of vengeance plays like a mythical journey filled with pain and violence, more than slightly reminiscent of Lee Marvin in Point Blank. The opening scene, where in Sun Wu’s badassatude is established, gleefully reinvigorates John Wu styled action choreography. With a somber, confident tone Kim is in fact channeling Jean Pierre Melville via John Wu. Kim delivers a classy genre film where the action on screen seems to reflect what the main character is feeling internally. By the cathartic end of the film you’ll almost feel like you’re watching a classic Hong Kong shoot ‘em up, however, Kim’s eye for detail and sense of style has a sophisticated quality all its own.

As we’ve come to expect of the festival, completely off the wall cult film surrealism abounds. There are two brain-damaging wrestler movies, Beetle the Horn King, and Oh! My Zombie Mermaid as well as Takashi Miike’s monster fantasy epic The Great Yokai War. But perhaps more highly anticipated and certainly more transcendent is the new film from the team that brought us the audience award winner of last year’s fest A Taste of Tea. A far out omnibus from three directors, Funky Forest: First Contact at first seems grounded in manzai, a traditional Japanese straight man/funny man stand up comedy, and then takes off into a third dimension between a bizzaro world Japan and Wonder Showzen. Funky Forest abandons a traditional narrative plot for a series of madcap sequences connected by various oddball characters such as Asano Tadanobu and a fat white kid as two of ‘the Guitar Brothers.’ Kase Ryo, a pretty boy rising star with a deft comic hand, offers this morsel of wisdom that might sum up where Funky Forest is coming from: “The turntable is the cosmos.”

Anthology for Film Archives and the Imaginasian

While The Tragedy of Macbeth and Parallel Mothers focus on legacy and inheritance, an interesting trend of the other films is the emphasis on children's perspectives as they learn about the corruption of our world.