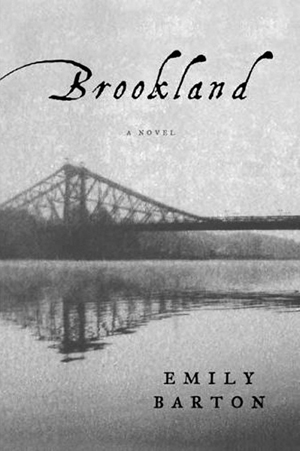 Watching traffic zoom through the massive, gate-like pillars of the Brooklyn Bridge, it’s hard to believe that for much of New York’s history, this simple, solid landmark was considered a pipe dream, an impossible feat of engineering. While early Dutch settlers talked about building a bridge to connect the cities of Brooklyn and New York, it wasn’t until 1869 that John Augustus Roebling put together a viable plan and managed to acquire adequate resources, and another fourteen years until the Brooklyn Bridge opened to traffic. Part of the challenge was that the bridge had to function without giant, river-clogging pillars. It also had to be high enough to obviate a drawbridge, which would slow traffic in the East River, one of the busiest and most turbulent commercial pathways of the time. A bridge of this scale presented prohibitive costs in money, supplies and human lives (Roebling would have a fatal accident at the site before construction even began). So for two centuries, ferries and barges would suffice, and the bridge would remain a pie-in-the-sky idea held by many, attempted by none.

In Brookland, Emily Barton shows us what it must have felt like to be one of those dreamers, standing on the bluffs of Brooklyn Heights and fantasizing about a better route to the expanding city across the river, one that wouldn’t be affected by weather or tides. In Barton’s re-imagining of the creation of the Brooklyn Bridge, an 18th-century woman named Prue Winship is determined to see a bridge in her lifetime. And although she has no experience in engineering, architecture or politics, Prue decides that she’s going to be the one to make the dream a reality.

Prue, the daughter of a successful gin-maker, isn’t your typical 18th century heroine: as heir to the distillery, she strides around Brooklyn in men’s britches, gaining the respect of the community and carrying on her father’s legacy. When she was six years old, she cursed the baby growing in her mother’s womb, and by a horrible coincidence, her sister was born mute. Tormented by this act, Prue devotes the years after her parents’ death to looking after her sister, and praying that Pearl never discovers her terrible sin.

In the same way that the lag time between the idea for the Brooklyn Bridge and its creation spans centuries, the build-up to the bridge in Brookland spans almost two hundred slow-moving pages. It isn’t until a third of the way into the book that 26-year-old Prue has a nightmare about Pearl that morphs into a vision of a bridge. Inspired, Prue begins drumming up support and raising money for her ostentatious plan. She will later write to her grown daughter that she’s doing it to honor her father, who had drowned in the East River, but it’s equally clear that Prue’s still trying to atone for Pearl’s disability.

In her well-received debut, The Testament of Yves Gundron, Barton wrote about a man in a distant country of the past whose invention of a horse harness unleashed irreversible changes on his family and his world. In Brookland, the bridge is more of a signpost than a turning point. Prue and her husband Ben are prepared to sacrifice everything for the sake of the bridge—they even mortgage Winship Daughters Gin. But Prue believes she’s already lost what she held most dear: her father, her first daughter (who was stillborn), and her guilt-free innocence. Ben, too, has given up his dream job as the county surveyor to manage the bridge’s construction. Unlike the harness, the bridge does not change Prue’s life forever, but it does mark the passage of the inevitable, and it becomes a powerfully sad symbol to Prue. She’s so dispirited about the folly of this project that she refuses to discuss the bridgeworks with her own daughter until she is a grown woman. This eventual disclosure provides structure for the book: the story of the bridge is told in a series of letters between Prue and her daughter.

Brookland will go over well with fans of historical fiction: Barton is a skillful storyteller with pitch-perfect tone, and the book is carefully researched and meticulously detailed—often too detailed, in fact. Long descriptions about the physical making of both the gin and the bridge drag down the story, and the tension between Prue and Pearl simmers for far too long. It’s an ambitious, sweeping book, and there are moments when we wonder if Barton has taken on too much. Thankfully, the payoff is grand: the Winship sisters’ relationship comes to an exciting boil, and while the failure of the bridge is hinted at early on, the manner in which it goes down is a scandalous surprise.

While we find ourselves rooting for Prue and her bridge, her failure doesn’t detract from the story. It adds extra poignancy to the tale. We already know the outcome of the story of the real Brooklyn Bridge. Barton has chosen to tell us about the flip side of that success.

Corrie Pikul is a writer based in Brooklyn.

“Reconstructing a Dream” is the oneiric opening track on guitarist Jakob Bro’s recent release, Uma Elmo (ECM), and it is up to the challenge of its title.